All edits by  vladimir vladimirov

vladimir vladimirov edited on 23 Feb, 2022
Edits made to:
Timeline
Timeline

People's Artist of the Russian Federation
Edits on 22 Feb, 2022

'Secret wife and daughter': Nikolai Baskov published a strange photo with a woman and a child

People's Artist of the Russian Federation

People's Artist of the Russian Federation 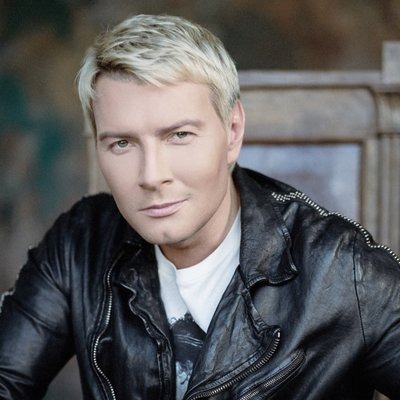 Baskov studied at the Gnessin Russian Academy of Music and Moscow Conservatory. In 1998, he placed first in the All-Russian Young Singers Competition and placed second in the 1999 Grande Voce competition in Spain. The same year, Nikolay Baskov was invited to the Bolshoi theatre troupe, where he performed the major arias in such operas as Yevgeni Onegin, Prince Igor, Boris Godunov, Traviata, and others.

In 2000, he recorded his debut solo album, The Dedication. The music video filmed for "In Memory of Caruso" (a cover of "Caruso" written by Lucio Dalla) was aired on Russian TV and increased his popularity. In 2001, Baskov abandoned the Bolshoi to work on his solo career. Though Baskov's repertoire consists mostly of modern arrangements of arias and romances, he performs pop music as well. Nikolay has often performed with pop artists, as well as with classical singers such as Montserrat Caballé. From July 2009 to March 2011, he dated Oxana Fedorova, the former Miss Universe.

Released in 2011, the Nikolai Baskov: Romantic Journey concert performance CD/DVD took place at Moscow's Hall of the Luzhniki Stadium. Baskov was accompanied by a full orchestra and played to an enthusiastic crowd of nearly 10,000 people. Taped with 24 HD cameras, this is Russia's most elaborate and expensive performance ever recorded for international television. He performed classic pieces from Tosca, La bohème, Werther, Turandot and other popular songs from his catalogue such as Be My Love, Granada and Back to Sorrento. Baskov is joined by world-renowned soprano, Montserrat Caballé, and her daughter Marti, for several duets.

In early 2012, Baskov embarked on his first American tour.

In December 2012, he signed an open letter against a St. Petersburg bill banning "homosexual propaganda," along with pop stars like Philipp Kirkorov and Dima Bilan.