Merseyrail is an urban commuter rail network and train operating company in the Liverpool City Region.

Merseyrail is a regional rail line that serves the area in and surrounding Liverpool, England including the Wirral Peninsula and the Cheshire and Lancashire areas. It was formed from a merger of five rail systems: The Mersey Railway, The Cheshire Lines Committee Railway, The Lancashire and Yorkshire Railway, The Wirral Railway, and The Great Western Railway & London and North Western Railway.There are sixty-five stations on the lines and the routes cover more than 120 kilometers in lines. The company employs more than 1,200 people and was founded in 1977.

The rail operates with Class 507 and Class 508 electric multiple-unit trains (EMUs). They are maintained and fixed at two depots in the network, Kirkdale TMD and Birkenhead North TMD. The trains have features such as accomodations for wheelchair users and priority seating.The newer trains also have air conditioning available on the trains as well as areas to move objects, such as strollers and bikes. 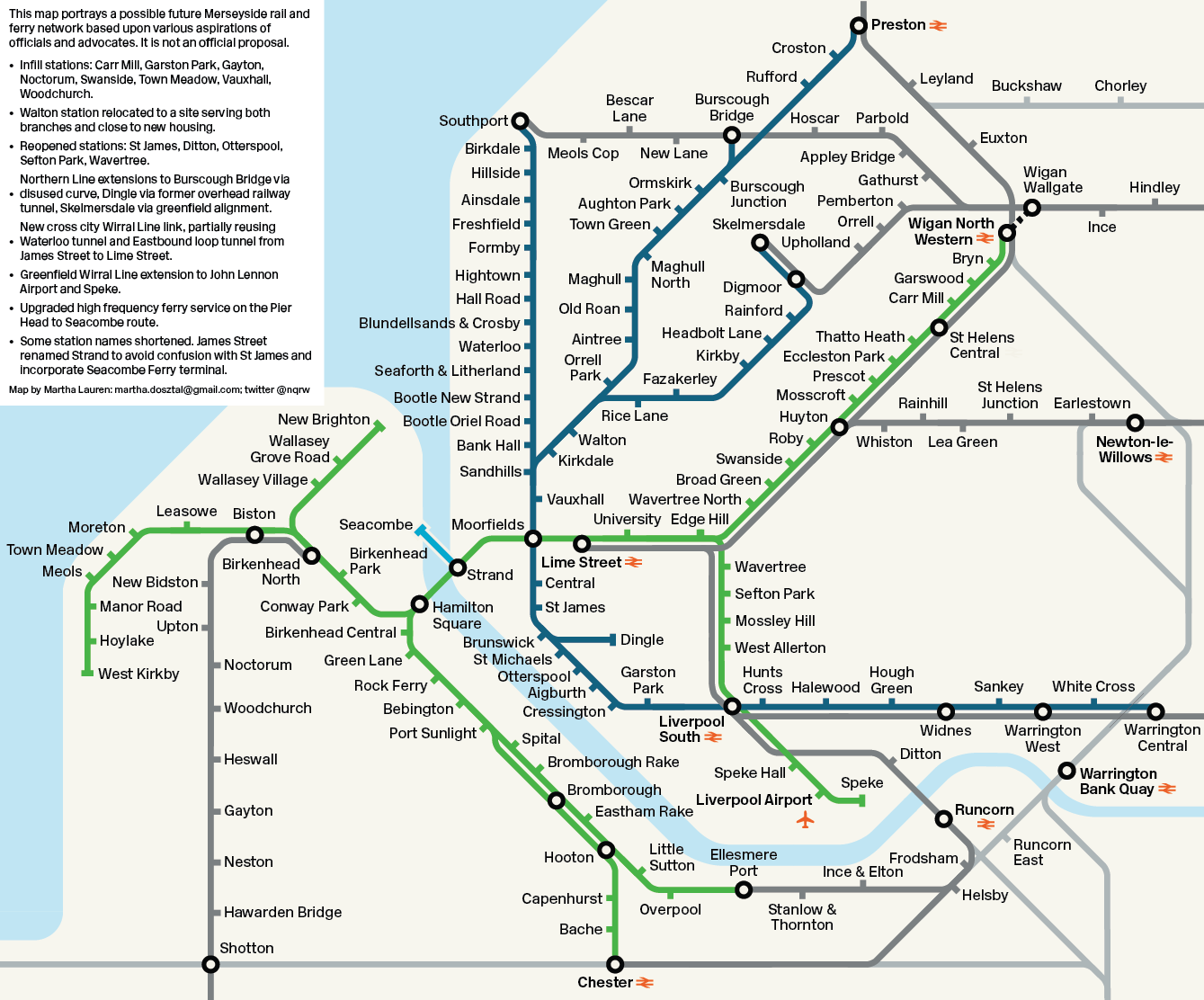 Electrics under the Mersey. The Mersey railway. The first Mersey Tunnel

How Merseyrail dared to be different

Merseyrail passengers among the most satisfied in the UK