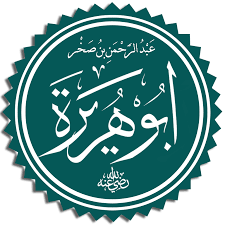 Abu Hurayrah was a simple man from Yemen but through his enormous efforts rose to one of the highest positions in Islamic history. He was known by the kunyah Abu Hurayrah "Father of a Kitten". Abu Hurayrah spent four years (some say two years) in the company of the Prophet Mohammad ﷺ and went on expeditions and journeys with him.

Abu Hurayrah’s father died when he was young. According to some sources, his name at birth was Abdu-Shams.

Abu Hurayrah became a Muslim at the hands of At-Tufayl ibn Amr, the chieftain of the Banu Daws tribe to which he belonged. The Banu Daws lived in the region of Tihamah which stretches along the coast of the Red Sea in southern Arabia. When At-Tufayl (R.A.) returned to his village after meeting the Prophet Mohammad ﷺ and becoming a Muslim in the early years of his mission, Abu Hurayrah was one of the first to respond to his call. He was unlike the majority of the Banu Daws who remained stubborn in their old beliefs for a long time.

When At-Tufayl visited Makkah again, Abu Hurayrah accompanied him. There he had the honor and privilege of meeting the noble Prophet ﷺ who asked him:

"What is your name?"

"Instead, let it be Abdur-Rahman - the Servant of the Beneficent Allah ," said the Prophet ﷺ .

"Yes, Abdur-Rahman (it shall be) O Messenger of Allah ﷺ ," he replied.

However, he continued to be known as Abu Hurayrah "the father of a kitten" because like the Prophet ﷺ , he was fond of cats and since his childhood often had a cat to play with.

Abu Hurayrah stayed in Tihamah for several years and it was only at the beginning of the seventh year of the Hijrah that he arrived in Madinah with others of his tribe. The Prophet ﷺ had gone on a campaign to Khaybar. Being destitute, Abu Hurayrah took up his place in the Masjid with other of the Ahl as- Suffah. He was single, without wife or child. With him however was his mother who was still a mushrik (non-believer). He longed, and prayed, for her to become a Muslim but she adamantly refused.

One day, he invited her to have faith in Allah alone and follow His Prophet (S.A.W.) but she uttered some words about the Prophet ﷺ which saddened him greatly. With tears in his eyes, he went to the Holy Prophet ﷺ who said to him:

"I have not let up in inviting my mother to Islam but she has always rebuffed me. Today, I invited her again and I heard words from her which I do not like. Do make supplication to Allah Almighty to make the heart of Abu Hurayrah's mother incline to Islam."

The Prophet ﷺ responded to Abu Hurayrah's request and prayed for his mother. Abu Hurayrah said:

"I went home and found the door closed. I heard the splashing of water and when I tried to enter my mother’s room, mother said: "Stay where you are, O Abu Hurayrah." And after putting on her clothes, she said, "Enter!" I entered and she said: "I testify that there is no god but Allah and I testify that Muhammad is His Servant and His Messenger."

"I returned to the Prophet ﷺ weeping with joy just as an hour before I had gone weeping from sadness and said: "I have good news, O Messenger of Allah. God has responded to your prayer and guided the mother of Abu Hurayrah to Islam."

"Praise be to Allah who has bestowed on Abu Hurayrah the companionship of Mohammad ﷺ ."

"While Abu Hurayrah and I and another friend of mine were in the Masjid praying to Allah and performing dhikr to Him, the Messenger of Allah appeared. He came towards us and sat among us. We became silent and he said: "Carry on with what you were doing."

"So my friend and I made a supplication to Allah before Abu Hurayrah did and the Prophet ﷺ began to say Ameen to our dua.

"The Prophet ﷺ said: 'Ameen.' "We then said: 'And we ask Allah for knowledge which will not be forgotten, and the Prophet replied: 'The Dawsi youth has asked for this before you." "With his formidable memory, Abu Hurayrah set out to memorize in the four years that he spent with the Prophet ﷺ , the gems of wisdom that emanated from his lips. He realized that he had a great gift and he set about to use it to the full in the service of I slam.

He had free time at his disposal. Unlike many of the Muhajirin (immigrants of Makkah), he did not busy himself in the market-places, with buying and selling. Unlike many of the Ansaar (Muslim residents of Madinah), he had no land to cultivate nor crops to tend. He stayed with the Prophet ﷺ in Madinah and went with him on journeys and expeditions.

Many companions were amazed at the number of hadiths he had memorized and often questioned him on when he had heard a certain hadith and under what circumstances.

Once Marwan ibn al-Hakam wanted to test Abu Hurayrah's power of memory. He sat with him in one room and behind a curtain he placed a scribe, unknown to Abu Hurayrah , and ordered him to write down whatever Abu Hurayrah said. A year later, Marwan called Abu Hurayrah again and asked him to recall the same hadiths which the scribe had recorded. It was found that he had forgotten not a single word.

Abu Hurayrah was concerned to teach and transmit the hadiths he had memorized and knowledge of Islam in general. It is reported that one day he passed through the suq (market) of Madinah and naturally saw people engrossed in the business of buying and selling.

"How feeble are you, O people of Madinah!" he said.

"What do you see that is feeble in us, Abu Hurayrah?" they asked.

"The inheritance of the Messenger of Allah ﷺ is being distributed and you remain here! Won't you go and take your portion?"

"Where is this, O Abu Hurayrah?" they asked. "In the Masjid," he replied.

Quickly they left. Abu Hurayrah waited until they returned. When they saw him, they said:

"O Abu Hurayrah, we went to the Masjid and entered and we did not see anything being distributed."

"Didn't you see anyone in the Masjid?" he asked.

"Woe unto you," replied Abu Hurayrah," that is the inheritance of Mohammad ﷺ "

Abu Hurayrah underwent much hardship and difficulties as a result of his dedicated search for knowledge. He was often hungry and destitute. He said about himself:

"When I was afflicted with severe hunger, I would go to a companion of the Prophet ﷺ and asked him about an ayah of the Quran and (stay with him) learning it so that he would take me with him to his house and give food. "

One day, my hunger became so severe that I placed a stone on my stomach. I then sat down in the path of the companions. Abu Bakr assed by and I asked him about an ayah of the Book of Allah. I only asked him so that he would invite me but he didn't.

"Then Umar ibn al-Khattab passed by me and I asked him about an ayah but he also did not invite me. Then the Messenger of Allah ﷺ passed by and realized that I was hungry and said: "Abu Hurayrah!"

"At your command" I replied and followed him until we entered his house. He found a bowl of milk and asked his family: "From where did you get this?"

"Someone sent it to you" they replied.

He then said to me: "O Abu Hurayrah, go to the Ahl as-Suffah and invite them." Abu Hurayrah did as he was told and they all drank from the milk.

The time came of course when the Muslims were blessed with great wealth and material goodness of every description. Abu Hurayrah eventually got his share of wealth. He had a comfortable home, a wife and child. But this turn of fortune did not change his personality. Neither did he forget his days of destitution. He would "I grew up as an orphan and I emigrated as a poor and indigent person. I used to take food for my stomach from Busrah bint Ghazwan. I served people when they returned from journeys and led their camels when they set out. Then Allah caused me to marry her (Busrah). So praise be to Allah who has strengthened his religion and made Abu Hurayrah an imam." (This last statement is a reference to the time when he became governor of Madinah.)

Much of Abu Hurayrah's time would be spent in spiritual exercises and devotion to Allah. Qiyam al-Layl (staying up for the night in prayer and devotion) was a regular practice of his family including his wife and his daughter. He would stay up for a third of the night, his wife for another third and his daughter for a third. In this way, in the house of Abu Hurayrah no hour of the night would pass without ibadah, dhikr and Salat.

During the caliphate of Umar ibn Khattab, Umar appointed him as governor of Bakrain. Umar was very scrupulous about the type of persons whom he appointed as governors. He was always concerned that his governors should live simply and frugally and not acquire much wealth even though this was through lawful means.

In Bahrain, Abu Hurayrah became quite rich. Umar heard of this and recalled him to Madinah. Umar thought he had acquired his wealth through unlawful means and questioned him about where and how he had acquired such a fortune.

"From breeding horses and gifts which I received."

"Hand it over to the treasury of the Muslims," ordered Umar.

Abu Hurayrah did as he was told and raised his hands to the heavens and prayed:

Subsequently, Umar asked him to become governor once again but he declined. Umarasked him why he refused and he said:

"So that my honor would not be besmirched, my wealth taken and my back beaten." And he added: "And I fear to judge without knowledge and speak without wisdom."

Abu Hurayrah always encouraged other people to be kind and good to their parents.

One day he saw two men walking together, one older than the other. He asked the younger one:

"My father," the person replied.

"Don't call him by his name. Don't walk in front of him and don't sit before him," advised Abu Hurayrah.

Muslims owe a debt of gratitude to Abu Hurayrahfor helping to preserve and transmit the valuable legacy of the Prophet ﷺ , may Allah bless him and grant him peace. He died in the year 59 AH when he was seventy-eight years old.

"Created via: Web app"
Interesny 4elovek created this topic on 13 Feb, 2022
Edits made to:
Infobox (+1 properties)