PhoneSoap is a company making an electronic device charger capable of charging and sanitizing phones using UV light that is headquartered in Provo, Utah and was founded in 2012 by Dan Barnes, Jordan Monroe, and Wesley LaPorte. According to the company's website their PhoneSoap charger eliminates 99.99% of germs from electronics it charges using a ten-minute cycle of UV-C light. The PhoneSoap charger can eliminate bacteria from a variety of objects such as phones, smart watches, headphones, credit cards, car keys, and any other object that will fit inside the PhoneSoap charger. 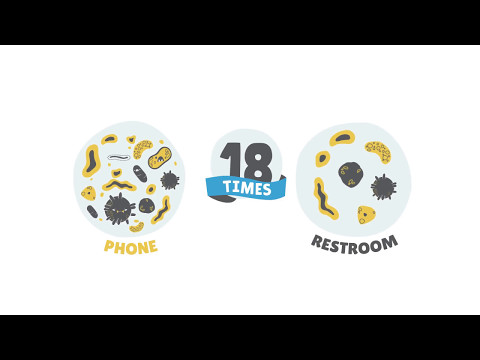 PhoneSoap is made to be used at home or in healthcare settings to prevent the spread of illness in nursing stations, waiting rooms, NICUs, and other medical facilities. All PhoneSoap chargers come with a one year limited warranty with an option to purchase an extended warranty plan.

In 2012 the founders of PhoneSoap launched a Kickstarter campaign and raised $63,000 in crowdfunding for their PhoneSoap charger (which was 3.5 times their original goal of $18,000). In 2013 the first batch of PhoneSoap chargers were manufactured in China, and in 2014 the company officially launched their product selling 22,349 units.

Title
Author
Date
Publisher
Description
Useful Shark Tank cleaning products 2021: ScrubDaddy, PhoneSoap, more
Connie Chen
March 5, 2021
Business Insider
These 10 creative cleaning products from "Shark Tank" will reduce the time, effort, and even the environmental impact of your household chores.
PhoneSoap's popular UV sanitizer that disinfects your smartphone is 50% off today only
Sarah Lord
February 11, 2021
Business Insider
PhoneSoap's UV sanitizer for your smartphone zaps away germs using UV-C light, and it's available at a 50% discount.
Popular PhoneSoap phone sanitizers are 20% off for Black Friday 2020 - Business Insider
James Brains
November 27, 2020
Business Insider
Right now, you can save 20% sitewide on Phonesoap products, including phone sanitizers and an air purifier.
Mophie is selling an $80 wireless-charging UV phone sanitizer
Brian Heater
June 25, 2020
TechCrunch
The best possible time to launch a UV phone sanitizer would have been about five months ago. The second best possible time, however, is right now. When the COVID-19 pandemic really started hitting the global community in earnest, there was a run on these once fairly niche products from companies with names like PhoneSoap. In [...]