London Lions is a London-based basketball club that has teams that play in the British Basketball League (BBL), Women's British Basketball League (WBBL), and the FIBA Europe Cup. It was founded in 2013 and has both a women's and a men's team. The club's stated mission is to drive societal change through sport and states it stands for diversity, opportunity, courage, and ambition. The club teams play at Copper Box arena, located at Queen Elizabeth Olympic Park in London, England and their season runs from September through February.

The London Lions men's team was formed in 1977 under the name Hemel Hempstead Lakers, which was inspired by the Los Angeles Lakers. The team changed names several times over the next few decades and changed its name to London Lions upon moving to London in 2012. In 2013, the team joined the BBL and finished sixth in the league during its inaugural year. Since then, the London Lions have made it to the playoffs every year and took home the BBL Cup in the 2018-2019 season. The 2019-2020 season was canceled due to the COVID-19 pandemic and the team made its European debut in the 2020-2021 season. 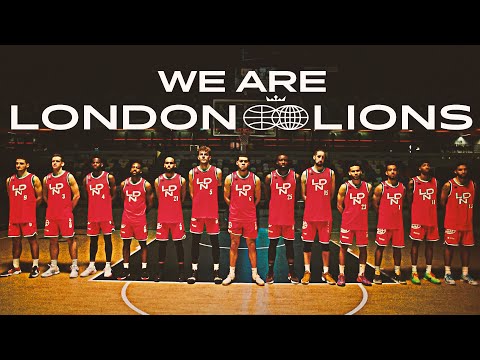 In 2017, a women's team for the London Lions was formed to join the WBBL. The team was formed after partnering with already-established team Barking Abbey Crusaders and rebranding under the same name as the men's team. The team saw its first major success in the 2020-2021 season when it won the Betty Codona WBBL Trophy.