Leo Cancer Care is a company developing upright radiotherapy devices, with both Particle Therapy and Photon Therapy fixed beams in the upright orientation.. The company's stated goal is to develop a more humane way to administer radiation therapy to patients. They aim to do this by: improving the clinical effectiveness of radiation therapy through upright positioning, reducing costs for radiation therapy by removing the need for large and expensive rotating gantries, and empowering patients to face radiation in a way that feels more personal between doctor and patient.

Leo Cancer Care (formerly Nano-X) was founded in 2014 in Sydney, Australia. It was founded based on research from the MD Anderson Cancer Centre in Houston Texas. The company is now headquartered in the United Kingdom, with a US office located in Middleton, Wisconsin. The company completed two years of product development to an ISO 13485 quality management system (QMS) before expanding to the United States to raise funds and finish the remainder of the product development. 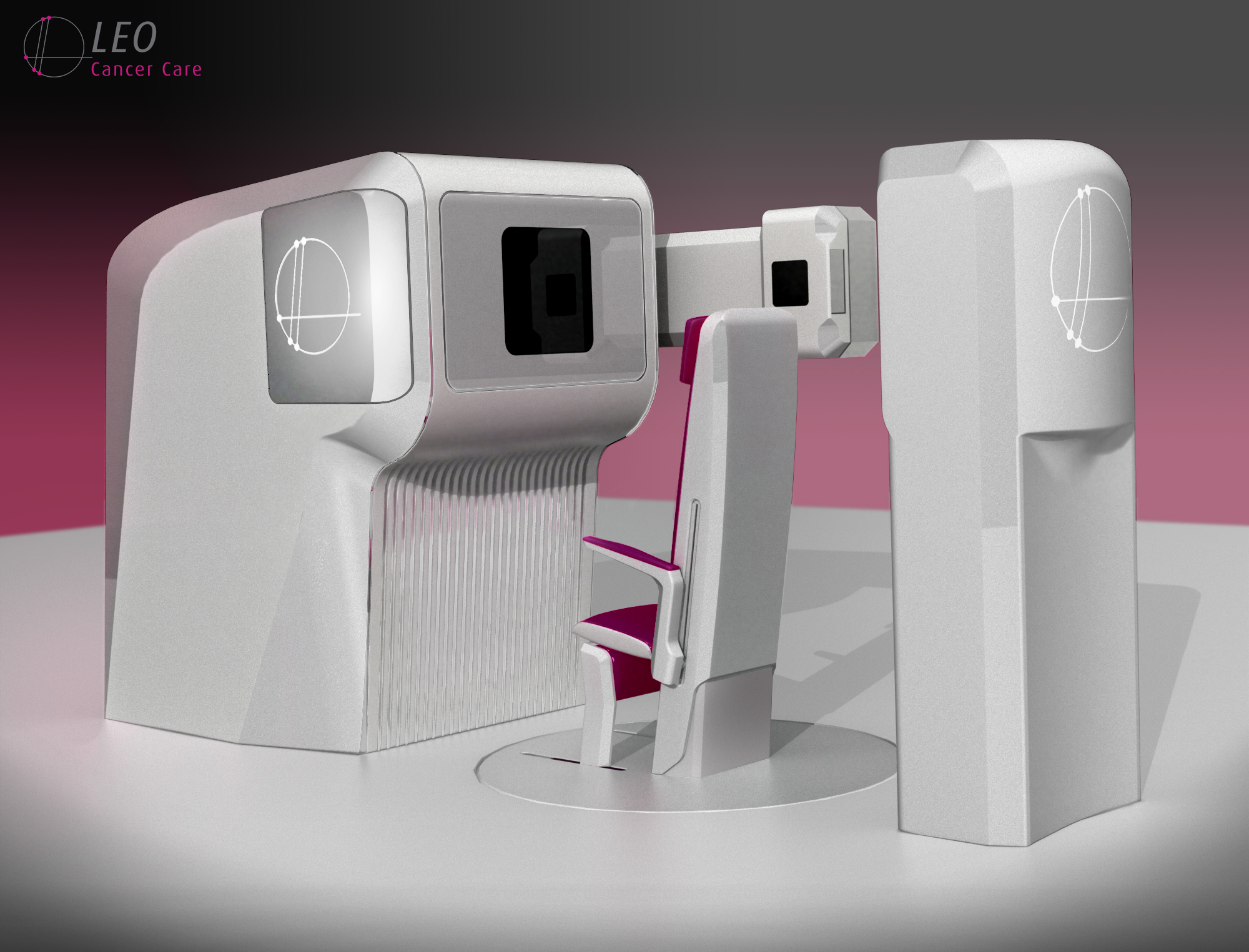 Leo Cancer Care is developing upright full radiotherapy treatment devices to treat cancer patients. The current industry practice is to position a patient horizontally on their back and to rotate a six tonne machine around them to deliver radiation from different angles to sub-millimeter accuracy. Alternatively, the Leo Cancer Care engineering team has demonstrated that by keeping the radiation fixed and instead rotating the patient, the size and cost associated with treatments can be reduced. Research from the MD Anderson Cancer Centre in Houston has shown that treatment efficacy is improved by treating patients in the upright position rather than horizontally.

The company has three products:

In 2021, Leo Cancer Care won an iF Design Awards, in collaboration with DCA Design International, for its Marie Particle Therapy Solution.

In June 2018, the first detailed design phase was closed off resulting in a full drawing pack ready for prototype manufacture.

In October 2017, a full workflow formative evaluation was completed at the Nelune Comprehensive Cancer Centre in Sydney.

In 2017, the Quality Management System was established within which all product development has been completed.

In 2016, Leo Cancer Care was the recipient of a $2.5M non-dilutive government grant from New South Wales Health.

Reassessment of the Necessity of the Proton Gantry: Analysis of Beam Orientations From 4332 Treatments at the Massachusetts General Hospital Proton Center Over the Past 10 Years

SU-E-T-359: Patients Could (and Should) Be Treated in An Upright Position

Page 1 of 2
leocancercare.com
Is a