Probably the most famous poet writing in the avar language 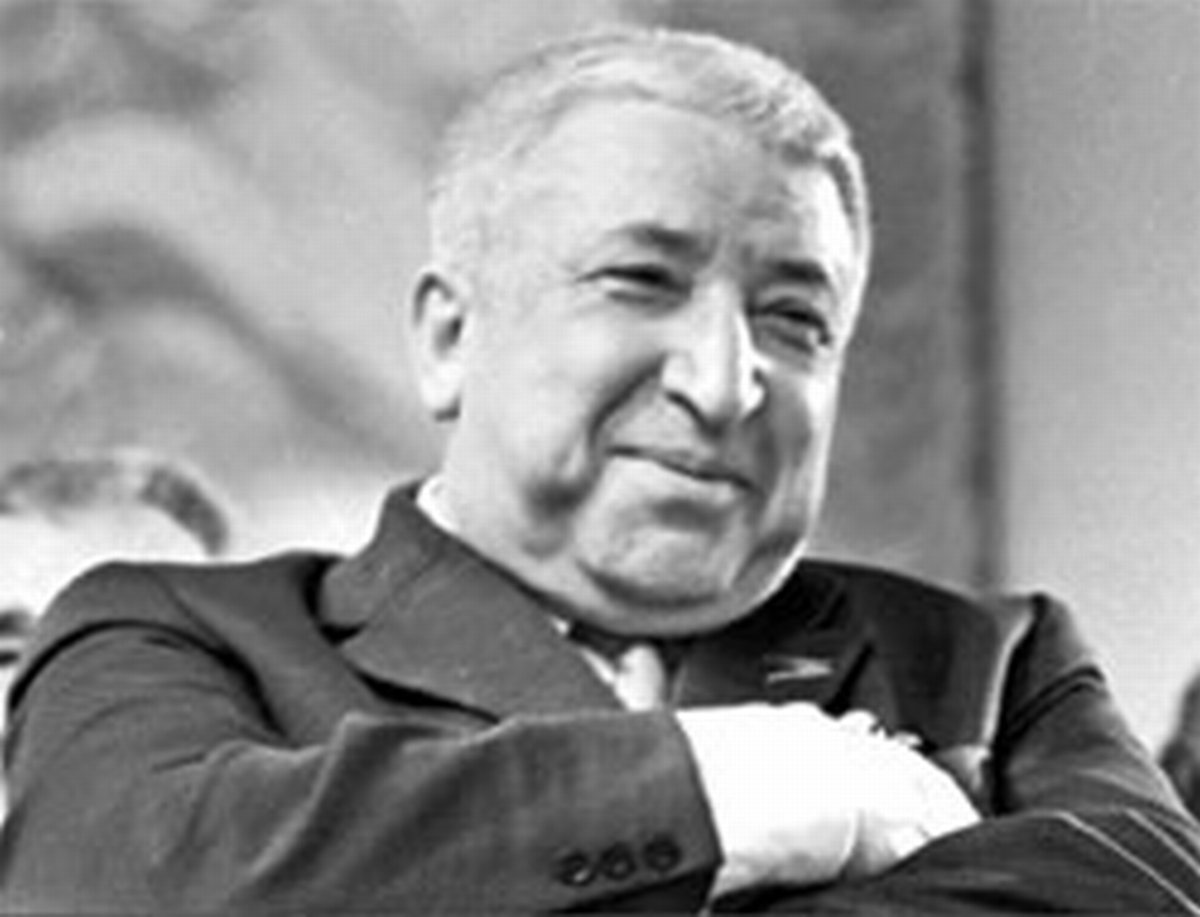 Rasul Gamzatov was born on September 8, 1923, in the Avar village of Tsada in the north-east Caucasus. His father, Gamzat Tsadasa, was a well-known bard, heir to the ancient tradition of minstrelsy still thriving in the mountains.

Bards were held in high honour. When Makhmud, famous poet of the previous generation, sang in a busy market-place, plucking the strings of his pandura for accompaniment, young and old would listen in silence with bated breath: even a bee’s flight could be heard.

In the early twenties of this century when the first Soviet lecturers came to a village women would sit with their backs to the speaker, who was not supposed to see their faces. But when a bard followed with his songs they would face him out of respect for his art and were even permitted to throw back their veils.

The young Rasul, impatient of any interruption, would listen for hours on end to the Avar stories, legends and fables his father would relate. «When I was quite small,» he recalls, «he would wrap me in his sheepskin cloak and recite his poems to me, so I knew them all by heart before 1 ever rode a horse or wore a belt."

From the small window of his father’s flat-roofed house of solid stone he could see a patch of green field spread like a tablecloth below the village and, above it, overhanging rocks.

Paths wound like snakes up the steep slopes where caves gaped like the jaws of wild beasts. Beyond the mountain ridge rose yet another, arched and rough as a camel’s back.

As a boy Rasul would graze a neighbour’s horse for three days with the telling of a story as his reward. He would climb half a day to join shepherds in the mountains and walk half a day back just to hear a single poem!

In the second form at school he walked twelve miles to see an old man, a friend of his father’s, who knew many songs, poems and legends. The old man sang and recited to the young boy for four days from morning till night. Rasul wrote down what he could and went happily home with a bagful of poems.

He was eleven when he wrote his first verse, lying on a bull’s hide on the balcony at home. It was a poem about the local boys who ran down to the clearing where an aeroplane landed for the first time in 1934.

His father was his first tutor in the art of poetry. «Of my early poems he said that if you rummaged in the ash you might find at least a glowing ember,» Rasul recalls.

The title of his first book of poems was «Love Inspired and Fiery Wrath». He was overjoyed when girls in the mountains who had read it wrote to him—and to this day he cannot forget his pain on seeing a shepherd in winter pastures using a page to roll a cigarette. This was in 1943.

In 1945 with a few books of his own in Avar tucked under his arm and with a meagre sum of money in his pocket, he arrived in Moscow to enter the Gorky Institute of Literature. There in the stimulating company of younger poets and under the guidance of veteran writers he studied Russian and world literature and the craft of poetry. By turns he fell in love with Blok, Mayakovsky, Yesenin, Pasternak, Tsvetayeva, Bagritsky, the Avar Makhmud and the German Heine. But Pushkin and Lermontov remained his constant love.

Over the past fifty years Rasul Gamzatov has been one of the most prolific of Soviet poets. From his pen have come short love lyrics, long narrative poems, ballads, epigrams and philosophical octaves, which have won him millions of devoted readers.

Today he lives with his three charming daughters Zarema, Patimat and Salikhat in Makhachkala, the capital of Daghestan on the shores of the Caspian. His home is open to all. With pride in fine craftsmanship he shows friends his collection of splendid swords, riding cloaks, wine horns and the rust-brown pottery for which Daghestan is famed. Of the land of his birth, of its people and its poets he has drawn a fascinating, intimate and human portrait in his recent prose volume of musings and reminiscences «My Daghestan».

Winner of a Lenin Prize for poetry and honoured with the title of People’s Poet of Daghestan, Rasul Gamzatov is a well-known public figure, chairman of the Union of Daghestan Writers. He has travelled widely in Europe, Asia and America.

Rasul Gamzatov writes in his native Avar tongue, a language spoken by no more than 500,000 people. Yet even so the Avars along with the Darghins, Lezghins and Kumyks are among the largest ethnic groups in the two-million population of Daghestan, where 36 different languages are spoken. According to old legend the horseman who rode across the world distributing languages threw a whole sackful into the mountain gorges and told the people, «sort them out your-selves!»So the problem of translation is a familiar hurdle to the people of Daghestan, where books are written and published in nine different languages.

Rasul Gamzatov has been fortunate in his Russian translators, Naum Grebnev and Yakov Kozlovsky, many of whose brilliant versions have become classics of Russian poetry. So much so that Rasul himself, reciting his poems in public in the strongly rhythmic guttural Avar tongue, often follows on smoothly and spontaneously with the Russian translation which he also knows by heart.

Used materials from the site www.rasulgamzatov.ru

Rasul Gamzatov was born in Dagestan.

Order of Merit for the Fatherland, 3rd class