Whales are marine mammals that are generally at or near the top of the food chain in their local ecology. Whale conservation comprises the set of research, policy-making, and economic activities aimed at protecting and preserving whale populations.

Human activity has put pressure on whales since before the advent of written records.

Evidence of whale hunting may date back as far as 6000 BCE, based on archeological research work conducted at the Bangudae site in South Korea.

By the mid-1800s, the global whaling industry had reached its peak. Electricity (as a source of light) and petrochemicals (as a source of lubricants and materials) would eventually lead to the whaling industry's decline. An estimated 300,000 sperm whales were killed between the early 1700s and the end of the 1800s. It is estimated that nearly 3 million whales were wiped out as a result of industrial-scale whaling––accelerated by diesel ships and exploding harpoons––between 1900 and 1999.

Apart from whaling, whales face other threats from human activity:

There are a number of technologies that are used for tracking whales in the wild.

Whales are capable of diving to great depths and can stay submerged for relatively long periods of time—nearly four hours, in the case of one Cuvier’s beaked whale. But since they breathe air, whales must surface periodically. Baleen whales feed on krill and other small creatures that typically stay near the ocean’s surface. A combination of whale biology and behavior makes it possible to track them from the sky using either human-flown aircraft or uncrewed aerial vehicles (UAVs), following applicable local and federal regulations.

So-called “SnotBots” are custom-built or modified uncrewed aerial vehicles (UAVs) that are fitted with sample-collection equipment, such as petri dishes or microscope slides.

Small UAVs are able to fly close above the water’s surface and can position themselves above a whale’s blowhole. The mucus droplets expelled from a whale’s blowhole contain microbes and chemical signatures that can help scientists understand the condition of any particular whale and help assess the health of local whale populations as a whole. Researchers have established that whale mucus can be a viable replacement for taking blubber samples. 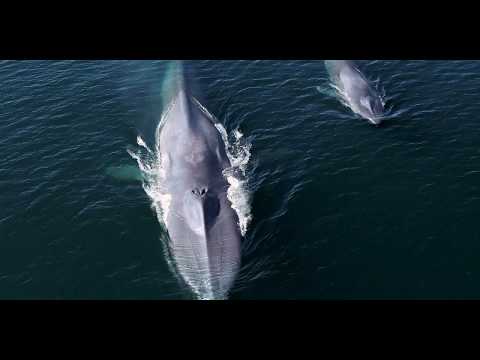 The nonprofit Ocean Alliance and the Olin College of Engineering launched a crowdfunding campaign on Kickstarter in July 2015. By the end of the campaign in August 2015, Ocean Alliance had raised nearly $230,000 from over 1,700 backers. 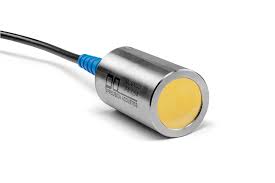 An acoustic hydrophone is a device that picks up sound waves and ocean noises from animals such as whales and dolphins and acts similarly to a microphone. Hydrophones, unlike sonar, are not harmful to ocean mammals. Most are composed of ceramics that create an electrical current when exposed to changes in underwater pressure. Hydrophones are highly precise in capturing sound according to the NOAA’s Pacific Marine Environmental Laboratory (PMEL).

While submerged underwater, the hydrophone will produce small voltages over various frequencies when subjected to ocean or animal noises from any direction. Though a single hydrophone can pick up sound waves from various directions, omnichannel hydrophones (or numerous hydrophones spread across a few to thousands of miles creating a network) can be used to track the movements of fish, whales, dolphins, and other marine life.

Screen capture of the WhaleSafe.com site, as of April 2021

AUVs have various purposes and applications from research, to drug trafficking. In research, the autonomous vessel moves along the ocean floor, and when equipped with sensors, can provide data back to scientists about the chemical composition of the water and the surrounding sand. It can also be used to measure water concentrations, absorption and refraction of light, and microscopic life presences.

Underwater gliders are a form of an AUV that is often used in whale conservation and location tracking. Gliders are capable of moving forward, backward, and side-to-side. They can be equipped with various types of sensors like other AUVs, to collect data on the ocean and its wildlife.

In a study conducted at the Baumgartner Lab, gliders were used to track the vocalizations of Baleen whales by equipping the gliders with high-resolution acoustics sensors. Initially, the project was set for the duration of a week, but when the gliders proved effective over longer periods of time the study was extended to a period greater than one month.

Gliders have been determined to be a cost-effective, durable, and safe method for whale monitoring and research, as opposed to the traditional method of studying the large mammal from traditional watercraft.

Whale conservation is the focus of many academic research labs and nonprofit organizations.

The orca detection model follows previous acoustic AI work to detect the sound of chainsaws in rainforests to stop illegal lumber operations and work last year with the National Oceanic and Atmospheric Administration (NOAA) in the U.S. to help protect humpback whales. 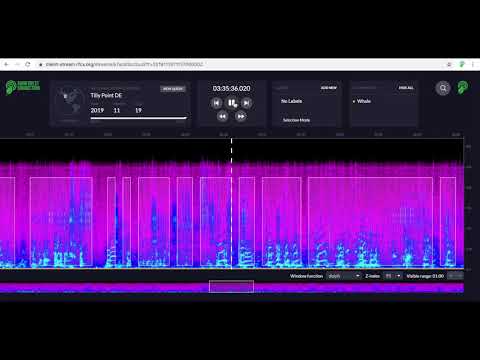 The orca model runs on a platform operated by the nonprofit Rainforest Connection. Detection alerts are sent to the smartphone of Department of Fisheries and Oceans (DFO) officials in Canada, who can dispatch the Canadian Coast Guard to clear boat traffic in Vancouver Bay.

Greenpeace launches its "Save the Whales" campaign