He directed more than 35 feature films in a five-decade career after leaving the theatre. He first gained attention for film noir mysteries such as Laura (1944) and Fallen Angel (1945), while in the 1950s and 1960s, he directed high-profile adaptations of popular novels and stage works. Several of these later films pushed the boundaries of censorship by dealing with themes which were then taboo in Hollywood, such as drug addiction (The Man with the Golden Arm, 1955), rape (Anatomy of a Murder, 1959) and homosexuality (Advise & Consent, 1962). He was twice nominated for the Academy Award for Best Director. He also had several acting roles. 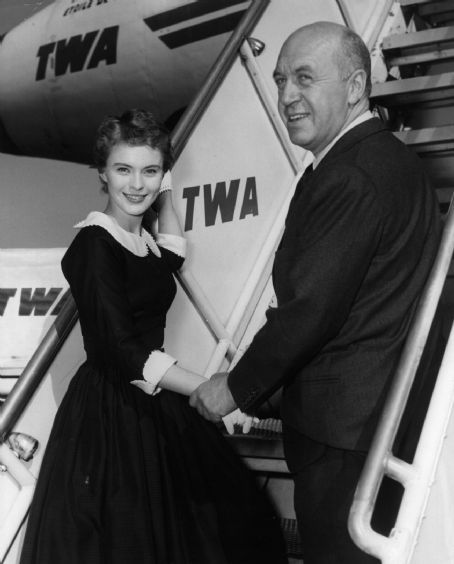 Preminger expected acclaim for Laura would promote him to work on better pictures, but his professional fate was in the hands of Zanuck, who had Preminger take over for the ailing Ernst Lubitsch on A Royal Scandal, a remake of Lubitsch's own silent Forbidden Paradise (1924), starring Pola Negri as Catherine the Great. Before he suffered a heart attack, Lubitsch had spent months in preparation, and had already cast the film. Preminger cast Tallulah Bankhead, whom he had known since 1938 when he was directing on Broadway.

Bankhead learned that Preminger's family would be barred from emigrating to the U.S. due to immigration quotas, and she asked her father (who was Speaker of the House) to intervene to save them from the Nazis. He did, which earned Bankhead Preminger's loyalty. Thus when Lubitsch wanted to make the film into a vehicle for Greta Garbo, Preminger, although he would have been eager to direct the film that brought Garbo out of retirement, refused to betray Bankhead. They became good friends and got along well during filming. The film received generally lackluster reviews as the Ruritanian romance genre had become outdated, and it failed to earn back its cost of production.

Fallen Angel (1945) was exactly what Preminger had been anticipating. In Fallen Angel, a con man and womanizer ends up by chance in a small California town, where he romances a sultry waitress and a well-to-do spinster. When the waitress is found killed, the drifter, played by Dana Andrews, becomes the prime suspect. Linda Darnell played the doomed waitress. Centennial Summer (1946), Preminger's next film, would be his first shot entirely in color. The reviews and box office draw were tepid when the film was released in July 1946, but by the end of that year Preminger had one of the most sumptuous contracts on the lot, earning $7,500 a week.

Only after turning to his revised script did Preminger learn Zanuck had recast Linda Darnell. Zanuck was convinced that whoever played Amber would become a big star, and he wanted that woman to be one of the studio's own. Zanuck had bought the book because he believed its scandalous reputation promised big box-office returns, and he was not surprised when the Catholic Legion of Decency condemned the film for glamorizing a promiscuous heroine who has a child out of wedlock; they successfully lobbied 20th Century Fox to make changes to the film. Forever Amber opened to big business in October 1947 and garnered decent reviews. Preminger called the film "the most expensive picture I ever made and it was also the worst".

Preminger maintained a busy schedule, working with writers on scripts for two planned projects, Daisy Kenyon (1947) and The Dark Wood; the latter was not produced. Joan Crawford starred in Daisy Kenyon alongside Dana Andrews, Ruth Warrick and Henry Fonda. Variety proclaimed the film "high powered melodrama surefire for the femme market". After the modest success of Daisy Kenyon, Preminger saw That Lady in Ermine as a further opportunity. Betty Grable was cast opposite Douglas Fairbanks, Jr. The film had previously been another Lubitsch project, but after Lubitsch's sudden death in November 1947, Preminger took over. His next film was a period piece based on Lady Windermere's Fan. Over the spring and early summer of 1948 Preminger turned Oscar Wilde's play into The Fan (1949), which starred Madeleine Carroll; the film opened to poor notices.

Preminger and his wife Marion became increasingly estranged. He lived like a bachelor, as was the case when he met the burlesque performer Gypsy Rose Lee and began an open relationship with her.

Lee had already attempted to break into movie roles, but she was not taken seriously as anything more than a stripper. She appeared in B pictures in less-than-minor roles. Preminger's liaison with Lee produced a child, Erik. Lee rejected the idea of Preminger's helping to support the child and instead elicited a vow of silence from Preminger: he was not to reveal Erik's paternity to anyone, including Erik himself. Lee called the boy Erik Kirkland after her husband, Alexander Kirkland, from whom she was separated at the time. It was not until 1966, when Preminger was 60 years old and Erik was 22, that father and son finally met.

In May 1946, Marion asked for a divorce, after meeting a wealthy (and married) Swedish financier, Axel Wenner-Gren. The Premingers' divorce ended smoothly and speedily. Marion did not seek alimony, only personal belongings. Axel's wife, however, was unwilling to grant a divorce. Marion returned to Otto and resumed appearances as his wife, and nothing more. Preminger had begun dating Natalie Draper, a niece of Marion Davies.

While filming Carmen Jones (1954), Preminger began an affair with the film's star, Dorothy Dandridge, which lasted four years. During that period he advised her on career matters, including an offer made to Dandridge for the featured role of Tuptim in The King and I (1956). Preminger advised her to turn it down, as he believed it unworthy of her. She later regretted taking his advice.

Anatomy of a Murder

Bunny Lake Is Missing
‌
River of No Return

The 13th Letter
‌
The Court-Martial of Billy Mitchell
...
Occupation