Marigaux is considered one of the world's finest oboe makers. The company has produced a line of woodwind instruments that also includes clarinets, saxophones, flutes and bassoons. 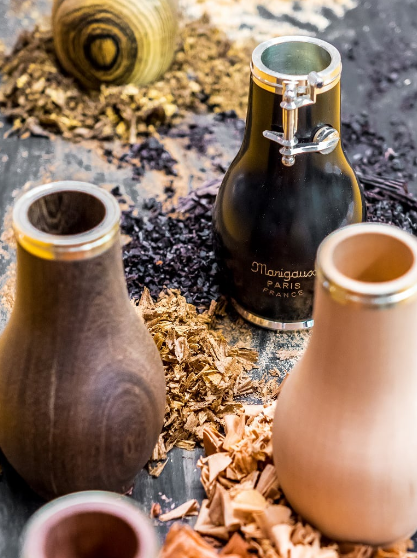 Strasser Marigaux & Lemaire was founded on January 12, 1935, by three partners: Charles Strasser, a Swiss-born businessman; Jules Marigaux, an instrument maker trained at Buffet-Crampon where his father was "prime minister," and Lemaire. After Lemaire's death many years ago, Strasser and Marigot bought shares in their partner, and the company became known as Strasser-Marigot. Marigot died in the early 1970s, leaving Strasser as the sole owner of the company. Strasser then sold SML (he continued to use those initials) to the holding company Strasser-Marigaux SA.

Strasser Marigaux began its operations in Paris with the production of saxophones and flutes. The production of oboes and clarinets began in a workshop located in la Couture-Boussey, in the Eure department, the cradle of French craftsmanship. 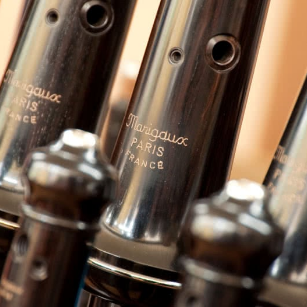 SML ceased saxophone production in 1982, at which time the company was producing 400 saxophones per year. The company also sold saxophones to King Musical Instruments, which sold them as "King Marigaux." A company spokesman said that SML stopped producing saxophones because "we just couldn't compete with Selmer anymore" and "...will devote ourselves entirely to perfecting the oboe and clarinet."

Marigaux turned the traditional world of oboe manufacturing on its head with the introduction of the M2 model, the revolutionary and worldwide patented oboe with interchangeable head-joints. The M2 redefines the concept of tuning, ergonomics and pleasure for every discerning oboe player.
Strasser Marigaux abandoned the manufacture of all other instruments to devote itself entirely to the improvement of oboes and clarinets.
Marigaux bought the company Malerne (in La Couture-Boussey) and transferred their production into a more spacious factory.
Strasser Marigaux was founded by three associates: Mr Strasser, Mr Marigaux and Mr Lemaire