The PM (short for Pistolet Makarova), otherwise known as the Makarov, is a Russian semi-automatic pistol. It was first produced in 1949 and was put into service in 1951. The PM was intended to replace the TT-33 semi-automatic pistol, but with a 9mm cartridge as opposed to the 7.62x25mm Tokarev...

During World War II, short-barreled weapons were severely tested. The experience of this war gave rise to new tactical and technical requirements for pistols, in particular, they needed to become more compact, lighter, more reliable and faster. The TT pistol of the 1933 model had numerous defects, namely: unreliable fixation of the magazine, inconvenient shape of the handle, etc. In addition, it was considered appropriate to have two types of pistols in the army: automatic with a long barrel - for officers and sergeants who will be directly involved in hostilities (it was Stechkin's pistol), and compact - for senior officers and as a weapon peacetime " 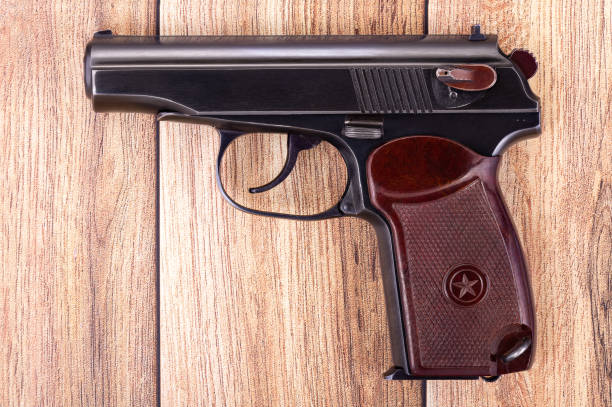 Therefore, in 1945, at the request of the Soviet Army, the USSR announced a competition for the development of a new compact pistol for operational and combat use. The technical requirements for the pistol were quite strict. Under the terms of the competition, the new pistol was to be superior to the TT in weight and size (be more compact, convenient for melee use), reliability in the field and accuracy, use a 7.65 mm or 9 mm cartridge, in addition, should be technological in mass production. At the same time, they focused on the relatively low power and use of the pistol in sudden collisions with the enemy at short distances. As a result, a new cartridge for the pistol was first created - 9 × 18 mm, which in terms of power is a reasonable maximum that can be used in a pistol with a free shutter. This development was based on pre-war German work in the same direction, which led GECO to create a 9 × 18 Ultra cartridge. It should be noted that despite the same designations, the Soviet cartridge is irreplaceable with the German, because it has a larger diameter of the bullet (the true caliber of the Soviet cartridge - 9.39 mm). 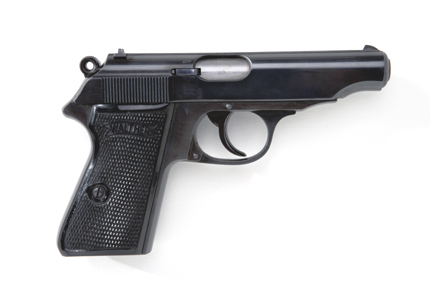 The basis of the development was a German pistol Walther PP, model 1929. The pistol that won the competition had some differences from the Walter, but retained its overall layout and design decisions. The preliminary design of the PM was completed in 1947. In 1948, the final version of the project was prepared.

Production of the new pistol was established in Izhevsk in 1949 and lasted for over 50 years. The Makarov pistol, or PM, was officially adopted by the Soviet Army, the Ministry of Internal Affairs, and the State Security Service in 1951. However, in the mid-1990s, in a competition for regular weapons for the Russian security forces, an upgraded version of Makarov's pistol, the PMM, lost to the Yarigin pistol. As for Ukraine, it is known that to replace the Makarov pistol for law enforcement agencies of the state KP "Fort" Ministry of Internal Affairs of Ukraine has developed a new pistol Fort-12 for the same cartridge as in the PM.