Shakira is a highly successful Columbian pop artist, best known for her scintillating belly dance moves in the video of the song ‘Hips Don’t Lie.’ She has sold over 70 million albums worldwide. Having a keen interest in music from childhood, Shakira wrote her first poem when she was just four. At a young age, she would also dance impromptu at restaurants playing groovy music. She often used to sing and dance for her classmates and teachers at school, and earned the nickname ‘the belly dancer girl.’ As a teen, she began performing around her town and caught the attention of the local theater producer Monica Ariza who introduced her to ‘Sony Colombia’ executive Ciro Vargas. She released her first album ‘Magia’ when she was just 14. Though the album did not do well commercially, it gave her the much-needed exposure. Her big breakthrough came in the form of her third album ‘Pies Descalzos’ which peaked at number one in eight different countries. She also earned several awards and nominations for the album, and became popular overnight. Her success in Latin music encouraged her to try her hand at English language albums. Her first attempt at English language album ‘Laundry Service’ went multi-platinum, and is considered the most successful album of her career. 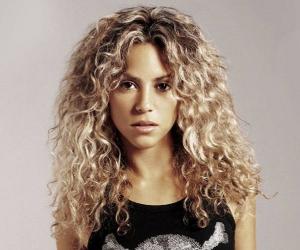 Her debut album ‘Magia’ released in 1991. It included songs she had written since she was eight. The album did not do well commercially.

Her second album ‘Peligro’ released in 1993. Even though this album performed better than its predecessor, it was still considered a failure. After releasing this album, she took a break to attend classes and graduate from high school.

She returned to the music industry in 1996 with her third album ‘Pies Descalzos.’ The album spawned six hit singles and received favorable reviews from critics. She went on a tour called ‘Tour Pies Descalzos’ to promote her album.

Her next album ‘Donde Estan los Ladrones?’ released in 1998. It featured Latin Pop style music with elements of rock en Espanol. The album became one of the best-selling Spanish language albums in the U.S. It sold more than seven million copies worldwide.

She ventured into the English language market with the album ‘Laundry Service’ in 2001. The album was characterized by Latin rock and Latin pop styles and its lead single ‘Whenever, Wherever’ topped the ‘U.S. Billboard Hot Latin Songs’ chart.

Her Spanish album ‘Fijacion Oral, Vol. 1’ released in June 2005. It was followed by the release of the English album ‘Oral Fixation, Vol. 2’ in November. The single ‘Hips Don’t Lie’ from the latter peaked at number one on the ‘U.S. Billboard Hot 100’ and went on to become her signature song.

Her album ‘She Wolf’ released in 2009. With elements of electropop, dancehall, and world styles, the album sounded remarkably different from her previous works. It was appreciated for its uniqueness.

Along with the South African band ‘Freshlyground,’ she sang ‘Waka Waka (This Time for Africa),’ the official song of the 2010 ‘FIFA World Cup.’ The song was a super hit.

In the wake of the success of the song ‘Waka Waka,’ she released her album ‘Sale el Sol’ in 2010. The album was critically acclaimed and became a worldwide commercial success.

Shakira's tenth studio album released on 25 March 2014. In the same year, she also performed the song ‘Dare (La La La)’ at the closing ceremony of the 2014 ‘FIFA World Cup.’

She sang 'Try Everything' for the movie ‘Zootopia’ which released in 2016. In 2018, she went on her sixth world tour titled ‘The El Dorado World Tour.’

Shakira was born in Republic of Colombia.