is a town in Perm Krai, Russia, located in the eastern part of the krai on the river Lysva, 86 kilometers (53 mi) from Perm.

Lysva as a settlement was known in the middle of the 17th century. The lands around Lysva in the second half of the 18th century were inherited by the daughter of Baron Stroganov, Princess Shakhovskaya. In 1785 construction of the cast-iron foundry began. This year is officially considered the year of Lysva foundation. In 1902 owing to construction of the railway branch the plant, which had been producing iron from the imported pig-iron by that time, obtained a wide access to the country markets.

On the 5th of April, 1926 Presidium of All-Russian Central Executive Committee had granted Lysva city status. After Great Patriotic War in Lysva began development of mechanical engineering, light industry. In the 1950th centre of the city was built up. In 1960-1980 years city extended its borders by building of new dwelling microdistricts.

Today Lysva is one of the most important industrial and cultural centres of the Perm Krai.

How the land of Lysvenskaya was born

An old legend says that Lysva owes its name to such unusual events: Christians who fled from Patriarch Nikon settled in this secret place. They caught animals and fish, plowed the land. Stroganov's people found this hermitage and forced them to build a mill on a small stream. No matter how many people said that it was useless to set up a mill, the Stroganov clerk Sukhar did not listen to them. When the mill was cut down, the steward Grigory arrived - a staid and respected man. He thanked me for my work, and when he found out that the work was in vain, he ordered me to flog a Cracker. The skete peasants, either from kind words, or from useless labors, began to cry, so bitterly that, looking at them, bushes and trees began to cry. The stream was filled with moisture, the mill wheel spun. Permian children saw this miracle and screamed: "Bald wa! Bald!", that is, drops falling from the branches. Since then, the stream has been called Lysva.

The lands around Lysva belonged to famous merchants and industrialists Stroganov. In the second half of the XVIII century, these possessions were inherited by the daughter of one of the representatives of the noble Stroganov family - Princess Varvara Shakhovskaya.

On June 12, 1785, Shakhovskaya received a permit from the Perm State Chamber for the construction of an iron-making plant on the bank of the Lysva River and two months later began laying it. In December 1787, the blast furnace gave the first melting of cast iron weighing a little more than a hundred pounds.

The plant was inherited by Varvara Petrovna Shuvalova. Her husband belonged to the Shuvalov family of industrialists, the most famous in Russia. They marked their products with the famous Shuvalov brand - unicorn. So a mystical unicorn horse appeared on the products of the Lysvensky plant.

The plant produced metal products. Lysven iron is still covered with the domes of Notre Dame Cathedral and the British Parliament, they covered the roofs of churches, houses and theaters. The symbol of quality was a brand with the image of a unicorn.

In the middle of the XIX century, sheet-rolling production began in Lysva, which has now become the leading industry at the plant. Blast furnace production was discontinued in 1874, and since then the company has been working on imported cast iron. By 1889, the plant switched to the production of high-grade iron. By 1900, two martin houses were built. At the same time, Lysven iron received a Gold Medal at the Paris Exhibition.

At the beginning of the twentieth century, a power plant was being built, lighting was arranged. In 1902, the first trains passed along the railway line connecting Lysva with the Kalino station located on the Mining line.

Since the beginning of the First World War, the plant has been switching to the production of military products for the army: artillery shells, high-explosive bombs, soldiers' bowlers, etc.

In 1926, the factory settlement received the status of a city. There are already cinemas, clubs, libraries here. A mechanical and metallurgical college is opening soon. By 1929, Lysventsy produced about half of all galvanized and tinned dishes produced in the country, more than 30% of enameled dishes, 43% of tinplate.

In the 30s, the construction of housing, cultural institutions, school No. 3, the Palace of Culture of Metallurgists, a hospital town was widely deployed.

In the harsh forties, thousands of Lysvens went to the front. Many of them did not return home. Ten Lysvens are Heroes of the Soviet Union.

Lysva supplied ammunition to the front, incendiary bombs, metal half-shirts to protect aircraft, rockets for Katyusha and Andryusha. The Lysvensky plant has mastered the production of soldiers' helmets, which saved millions of Red Army soldiers. For exemplary performance of tasks of the State Defense Committee, the plant was awarded the Order of Lenin in 1942, and the Order of the Patriotic War of the 1st degree in 1945.

In the post-war years, the LMZ was intensively rebuilt to produce peaceful products. The first container electric furnace in the USSR is being put into operation here, the production of electrical steel, household electric stoves, milk flasks is being mastered.

At the end of 1948, construction of a new large enterprise began in the city - the Lysven Turbo Generator Plant, designed to produce powerful turbo generators for the oil and coal industries, as well as modern electric machines. In October 1952, the LTGZ team issued the first melting, and less than a year later - the first engine.

In the 50s and 60s, a solid local industry developed in Lysva: a food processing plant, a bakery, dairy and breweries, a hosiery and glove factory, a timber industry. This is a time of rapid housing construction in Lysva.

The arrival of a new socio-economic era has particularly hurt the metallurgical plant. By 1990, part of the production had to be closed. Then the plant switched to a rental contract. The restructuring of production has begun. The crisis of the LMZ entailed serious social problems, since this particular enterprise has always been a city-forming one.

By the beginning of the new century, the situation had stabilized. The residents of Lysven associate their hopes with such major industrial enterprises as JSC "Joint Stock Company "Lysvensky Metallurgical Plant", JSC Holding Company "Drive", JSC "Kynovsky Forestry", with the activities of private business, which is actively gaining momentum and the range of goods and services provided is not inferior to the level of large cities of the country. 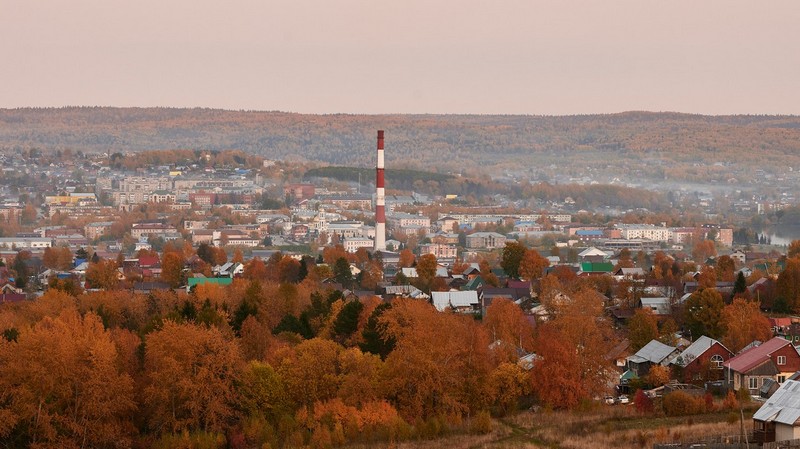 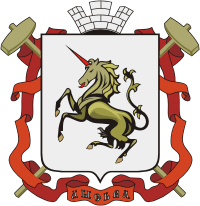 Coat of arms of the city

On the 5th of April, 1926 Presidium of All-Russian Central Executive Committee had granted Lysva city status.

In 1902 owing to construction of the railway branch the plant, which had been producing iron from the imported pig-iron by that time, obtained a wide access to the country markets.

In 1785 construction of the cast-iron foundry began