Futarchy is a proposed system of government whereby public officials establish metrics for wellbeing and prediction markets are used to establish policy.

Futarchy is a proposed system of governance theorized by American economist Robin Hansonin a paper published in 2013 titled "Shall We Vote on Values, But Bet on Beliefs?" Futarchy makes three primary assumptions about the world to justify it as an alternative governance system. These three assumptions are:

Theoretically, Futarchy is ideologically neutral and is based on betting markets determining the policies of governance based on a combination of democracy and speculating on theoretical benefits and downsides of proposed laws. According to Robin Hanson, the basic rule of a Futarchy government is:

When a betting market clearly estimates that a proposed policy would increase expected national welfare, that proposal becomes law.

There are three stages of governance through Futarchy:

Establishing values begins with a voting phase to help establish what the end goals of the system will be. After values and criteria for success are established through voting prediction markets take over governance and bets are made on what policies will achieve the values and metric determined in the voting phase. It's speculated that prediction markets give Futarchy an advantage over traditional democratic processes because prediction markets allow for the abstraction of bias in policy decision making because decision makers who think they know more will bet more and care more about the final outcome of the speculated policy instead of how it makes them look publicly. In the evaluating success phase of Futarchy, the policy is implemented and success is measured. Individuals who made accurate assumptions about how the policy worked after implementation are rewarded based on their accuracy of predictions for the policies success or failure. 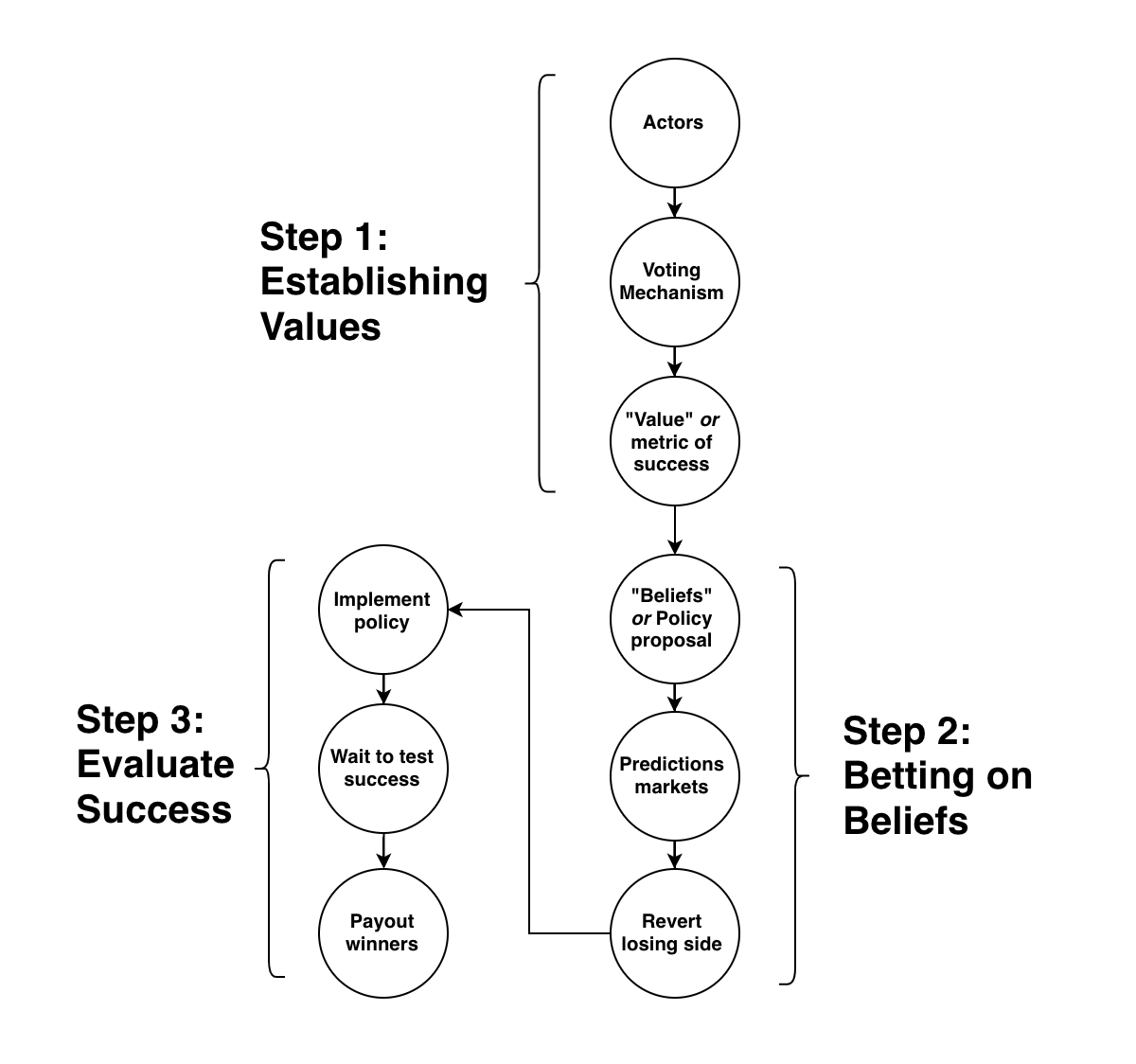 Robin Hansonin a paper published in 2013 titled "Shall We Vote on Values, But Bet on Beliefs?"

What is Futarchy? - Trading on The Future - Friederike Ernst #TOA18