Battlefield 2042 is a first-person shooter game developed by DICE and published by Electronic Arts. It is the seventeenth installment in the Battlefield series, and was released in 2021 for Microsoft Windows, PlayStation 4, PlayStation 5, Xbox One, and Xbox Series X and S. Unlike previous games in the series, Battlefield 2042 is solely multiplayer and does not have a single-player campaign. It also features support for cross-platform play, a first in the series. Upon release, Battlefield 2042 received mixed reviews from critics and a negative reception from players.

Similar to its predecessors, Battlefield 2042 is a multiplayer-focused first-person shooter. As the game is set in the near future, it features futuristic weapons and gadgets like deployable turrets and drones, as well as vehicles that players can commandeer. Players can request a vehicle air-drop to any location. The game introduced a "Plus" system which allows players to customize their weapons on the spot. The class system was significantly overhauled. Players can assume control of a specialist who falls under the four traditional Battlefield gameplay classes of Assault, Engineer, Medic, and Recon. These characters can wield all the weapons and gadgets that a player has unlocked. Each operator has their own unique skills and gadgets. For instance, one of the specialists, Emma "Sundance" Rosier, is equipped with a wingsuit, while another, Maria Falck, is equipped with a healing pistol. Levolution and destructive environments from Battlefield 4 return in Battlefield 2042, and extreme weather effects such as tornadoes and sandstorms may affect gameplay. The game featured seven maps at launch.

The game has three main gameplay modes. "All-Out Warfare" encompasses "Breakthrough" and "Conquest", two staple modes of the series. In Conquest, two teams combat against each other to capture control points; once all control points in a sector are captured, the team controls said sector. In Breakthrough, one team must try to capture another team's control points, while another team must defend them. Both modes can be played with and against AI-controlled players. The PC, PS5, and Xbox Series X and Series S versions support matches with up to 128 players, whereas the PS4 and Xbox One versions support up to 64 players. For the first time in the series, Battlefield 2042 features support for cross-platform play with the PC, PlayStation 5, and Xbox Series X/S versions. While the PlayStation 4 and Xbox One versions also support the feature, it is restricted to only players on the two aforementioned platforms.

The second main mode included in the game is a community-driven platform called Battlefield Portal. Portal allows players to create customized multiplayer modes and features select maps from past Battlefield games. In addition, players can modify core gameplay elements such as health, weapon loadouts, and movement through a web-based scripting application.

The third mode is a cooperative multiplayer mode called Hazard Zone. In this mode, players are divided into teams, and they must compete with each other to retrieve and extract data drives from the debris of fallen satellites. These data drives are guarded by enemy combatants controlled by AI-controlled players. Players earn "dark market credits" after successfully extracting a data drive. These credits can be spent on purchasing new weapons and upgrades in this mode. 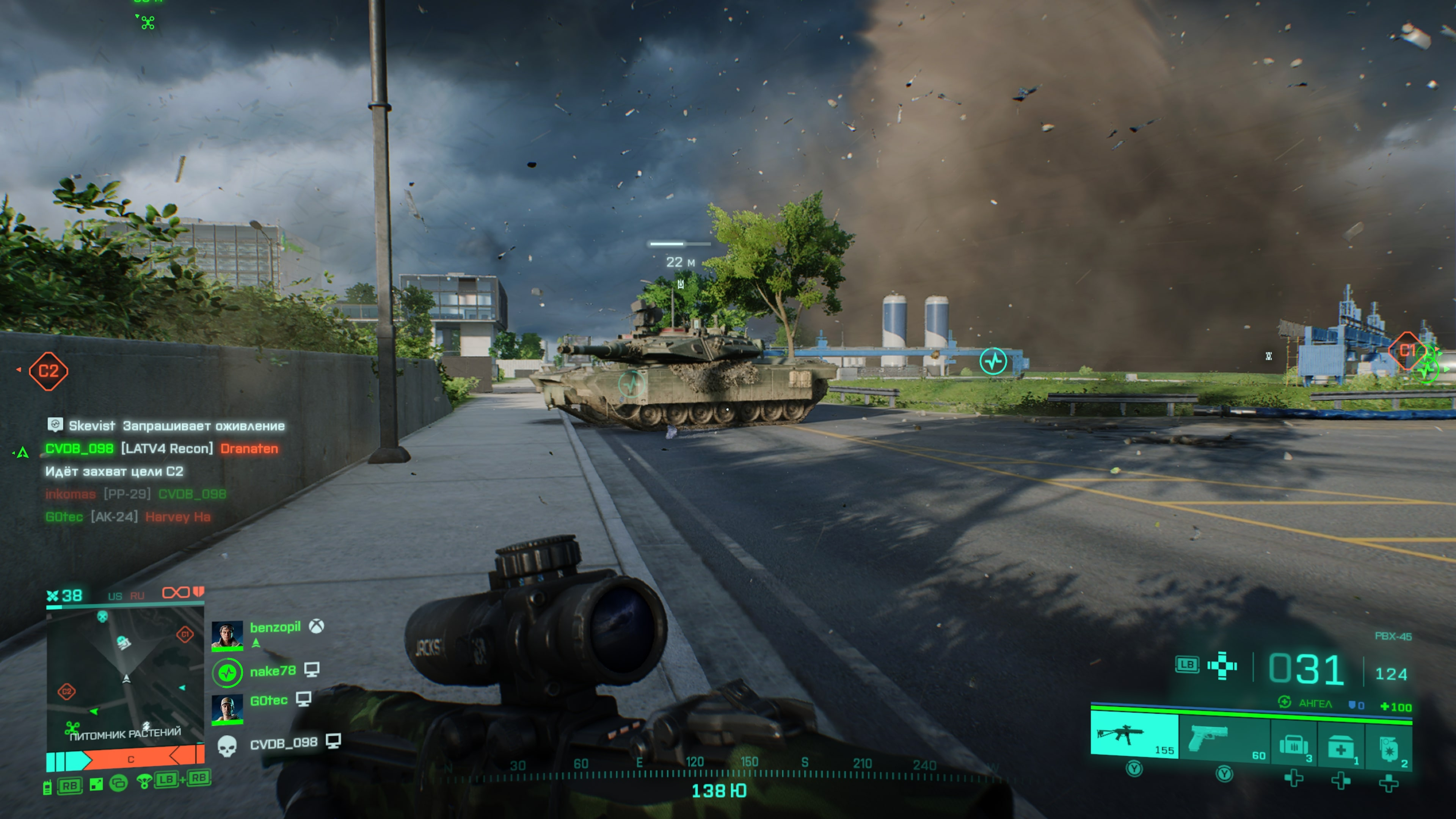