Sir Arnold Edward Trevor Bax, KCVO (8 November 1883 – 3 October 1953) was an English composer, poet, and author. His prolific output includes songs, choral music, chamber pieces, and solo piano works, but he is best known for his orchestral music. In addition to a series of symphonic poems he wrote seven symphonies and was for a time widely regarded as the leading British symphonist.

Bax was born in the London suburb of Streatham to a prosperous family. He was encouraged by his parents to pursue a career in music, and his private income enabled him to follow his own path as a composer without regard for fashion or orthodoxy. Consequently, he came to be regarded in musical circles as an important but isolated figure. While still a student at the Royal Academy of Music Bax became fascinated with Ireland and Celtic culture, which became a strong influence on his early development. In the years before the First World War he lived in Ireland and became a member of Dublin literary circles, writing fiction and verse under the pseudonym Dermot O'Byrne. Later, he developed an affinity with Nordic culture, which for a time superseded his Celtic influences in the years after the First World War. 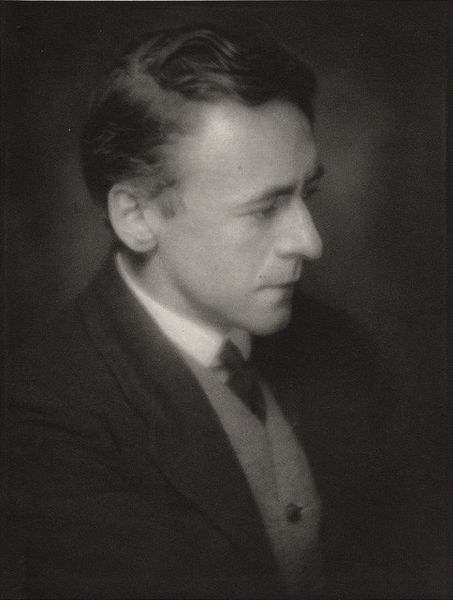 Bax in 1922 by Herbert Lambert

Between 1910 and 1920 Bax wrote a large amount of music, including the symphonic poem Tintagel, his best-known work. During this period he formed a lifelong association with the pianist Harriet Cohen – at first an affair, then a friendship, and always a close professional relationship. In the 1920s he began the series of seven symphonies which form the heart of his orchestral output. In 1942 Bax was appointed Master of the King's Music, but composed little in that capacity. In his last years he found his music regarded as old-fashioned, and after his death it was generally neglected. From the 1960s onwards, mainly through a growing number of commercial recordings, his music was gradually rediscovered, although little of it is regularly heard in the concert hall.

Arnold Bax was born in Streatham.

"The Odd Case of Arnold Bax."

"Back to Bax. Vernon Handley on His Enthusiasm for a Neglected Composer."

"Bax and the Celtic North."

"The Nordic Element: Bax and Sibelius."