Who is Alexis Bledel?

Alexis Bledel is a famous American model, actress, and producer who shot to fame with the hit television series ‘Gilmore Girls.’ Her charismatic personality won the hearts of millions around the world and earned her a number of roles in coming-of-age series and movies. Apart from appearing in ‘Gilmore Girls,’ she has also played important roles in films like ‘The Sisterhood of the Traveling Pants,’ ‘The Sisterhood of the Traveling Pants 2,’ ‘Sin City,’ and ‘Tuck Everlasting.’ Before she became an actress, she was a budding model. She posed for years in front of the camera and appeared on the covers of a number of magazines, including ‘Teen People,’ ‘TV Guide,’ ‘Latina,’ ‘Entertainment Weekly,’ ‘WWD,’ and ‘Elle Girl.’ She started her modeling career when she was in high school. Since then, she has traveled to a number of cities around the world, including Tokyo, Milan, New York City, and Los Angeles. During the peak of her career, she admitted that she did not want to make a living by playing only television roles. Instead, she wanted to focus on her career as a film actor and model. 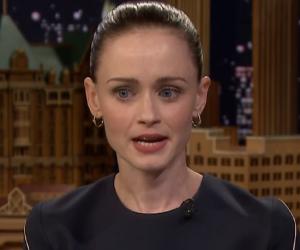 She made her television debut as ‘Rory Gilmore,’ the lead protagonist, in the hit American series ‘Gilmore Girls’ in 2000. Two years later, she was cast as ‘Winnie Foster’ in the film ‘Tuck Everlasting.’

She co-starred with Jay Baruchel in ‘I’m Reed Fish,’ which released in theatres on June 1, 2007. 2007 also marked the ending of her seven year spell with the popular series ‘Gilmore Girls’ where she had starred as ‘Rory Gilmore.’

In 2009, she signed a contract with the modeling department of ‘IMG.’ She also appeared as ‘Dr. Julia Wise’ in an episode of the television series ‘ER.’

In 2010, she starred in ‘The Conspirator’ as ‘Sarah Weston.’ The movie was critically acclaimed and was showcased at the ‘Toronto International Film Festival.’ The movie was released for theatrical viewing on April 15 the following year.

In 2010, she was also seen in the film ‘The Kate Logan Affair.’ The following year, she appeared in ‘Girl Walks into a Bar,’ which was premiered on YouTube.

In 2011, she was cast as ‘Violet’ in ‘Violet & Daisy.’ She also appeared in the theatre production of ‘Love, Loss, and What I Wore.’ The next year, she acted in the film ‘The Brass Teapot.’

She was seen as ‘Beth Dawes’ in three important episodes of the hit American television series ‘Mad Men’ in 2012. The same year, she was cast as ‘Chrissie Myers’ in the theater production of ‘Regrets.’

In 2013, she appeared in ‘Remember Sunday,’ a telefilm. She also appeared in the television show ‘Us & Them’ where she played the lead role. In 2014, she played ‘Sarah’ in Brian Horiuchi's romantic drama film ‘Parts per Billion.’

In 2017, she joined the ‘Hulu’ dystopian web drama series ‘The Handmaid’s Tale’ where she portrayed the character of a bisexual woman named ‘Emily Malek.’ In 2019, she was seen alongside Beau Knapp and Luke Hemsworth in the crime drama ‘Crypto.’

Alexis is expected to reprise her role as ‘Lena Kaligaris’ in the third installment of the movie series ‘Sisterhood of the Traveling Pants.’

Alexis Bledel was born in Houston.

Who is Alexis Bledel? Everything You Need to Know

Who is Alexis Bledel? Everything You Need to Know

Tisch School of the Arts
Occupation