Alexander Griboyedov was a diplomat and linguist, historian and economist, musician and composer. But he considered literature to be the main business of his life. "Poetry! I love her passionately without memory, but is love enough to glorify myself? And finally, what is fame? - Alexander Griboyedov wrote in his diary.
"One of the smartest people in Russia" 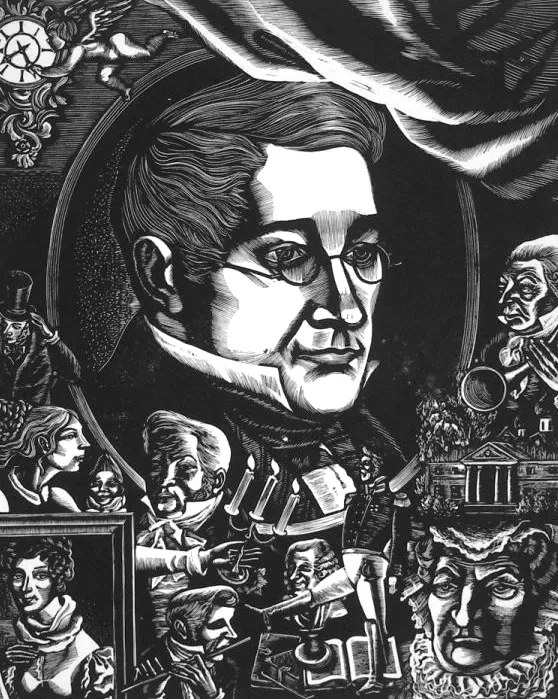 Alexander Griboyedov was born into a noble family. The best teachers of that time were engaged in his education and upbringing: the encyclopedist Ivan Petrozilius, the scientist Bogdan Ion, the philosopher Johann Bule. 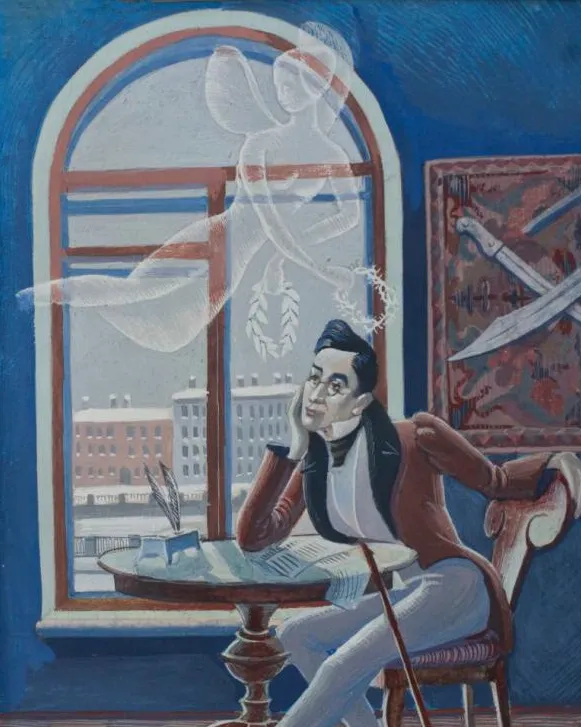 At an early age, Griboedov showed the ability to foreign languages : Greek, Latin, English, German, French, Italian. He played the piano and harp and later began composing music and poetry . Already at the age of 11, he entered Moscow University and in two years graduated from the department of literature, and then the moral-political and physics-mathematical departments.

When the Patriotic War of 1812 began , the 17-year-old Griboyedov signed up as a cornet in the Moscow Hussars. He did not have time to visit the battles: his unit began to form when Napoleon was already retreating. While Russian troops liberated Europe from the French, Griboedov served in the rear - in Belarus.

Travel notes of the secretary of the Russian embassy 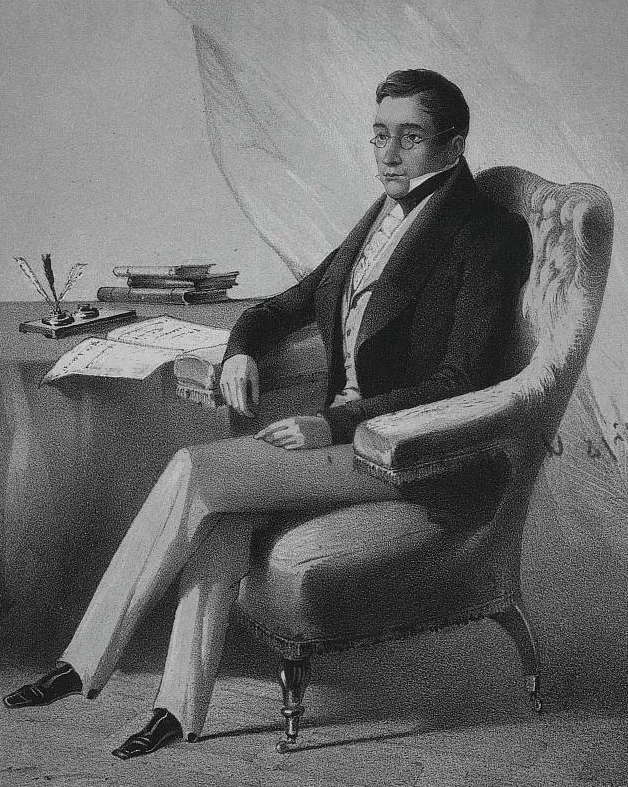 In 1815 Griboedov left military service and moved to Petersburg . His mother, Anastasia Griboyedova, insisted that he get a job as an official in some ministry. However, the public service did not attract Griboyedov at all; he dreamed of literature and theater. In the same year, Griboyedov wrote the comedy The Young Spouses , which was later staged by the court actors of the St. Petersburg theater. 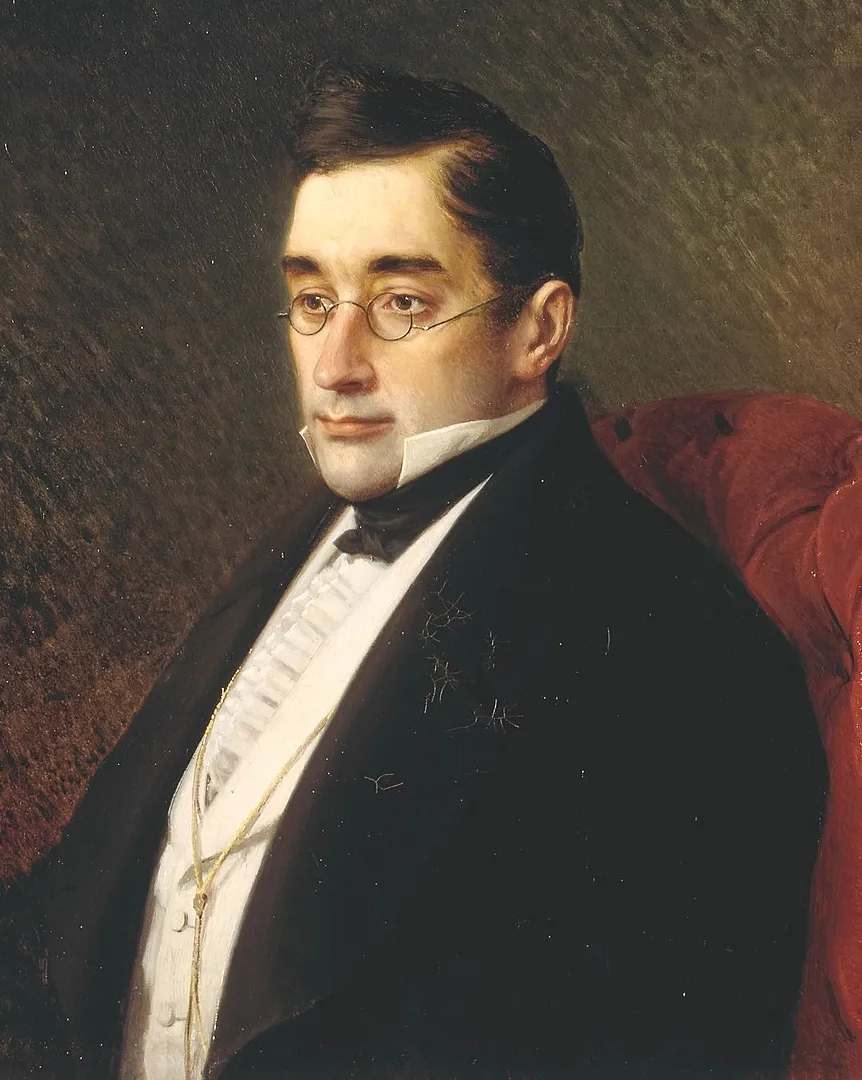 In St. Petersburg, Alexander Griboedov led a secular lifestyle: he was a member of two Masonic lodges, was friends with members of the Southern and Northern secret societies, and communicated with writers and actors. Theatrical hobbies and intrigues involved Griboyedov in a scandalous story: he became a second in the duel between Vasily Sheremetev and Alexander Zavadovsky. To save her son from prison, Griboyedov's mother used all her connections and arranged for him to be the secretary of the Russian embassy in Persia.

In 1818, Alexander Griboyedov went to work, on the way he described in detail his southern journey in his diary. A year later, Griboyedov went on his first business trip to the Shah's court in Persia, where he continued to write travel notes. He described the events of his service in small narrative fragments - this is how the “Vagin’s Tale” was based on the real story of a Russian prisoner, whom Griboyedov returned to his homeland from Persia.

"Not a comedy" censored 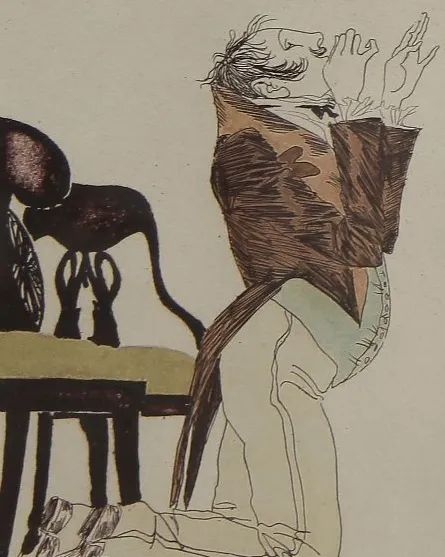 Alexander Griboedov spent more than a year and a half in the diplomatic service in Persia. Staying in this country depressed him: he often thought about his homeland, friends and theater, dreamed of returning home.

In the autumn of 1821, Griboyedov secured a transfer to Georgia. There he began to write a draft version of the first edition of Woe from Wit - he dreamed of publishing the play and seeing it staged.

In 1823, the writer-diplomat asked General Alexei Yermolov for a leave of absence and went to Moscow . Here he continued to work on the play "Woe from Wit", wrote the poem "David" , composed a dramatic scene in verse "Youth of the Prophet" and created the first edition of the famous waltz in E minor. Together with Pyotr Vyazemsky , Griboedov wrote a comedy play with couplet songs and dances “Who is a brother, who is a sister, or Deception after deception”. 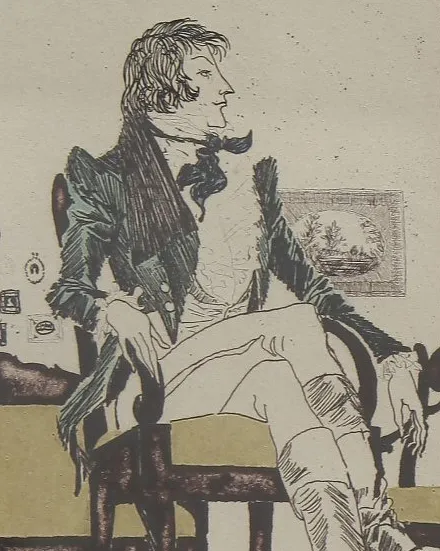 When Alexander Griboedov finished the comedy Woe from Wit, he decided to present it to the already elderly fabulist Ivan Krylov . For several hours the author read his work to Krylov. He silently listened, and then said: “The censors will not let this pass. They swagger over my fables. And this is much cooler! In our time, the empress would have sent the first trip to Siberia for this play .

In many ways, Krylov's words turned out to be prophetic. At the request to stage "Woe from Wit" at the theater, Griboedov was refused, moreover, the comedy was forbidden to be printed. The play was copied by hand and secretly passed from house to house - literary scholars counted 45,000 handwritten copies throughout the country.

The topical play, in which Griboyedov described the struggle of revolutionary youth with an obsolete society, caused heated debate. Some considered it a frank and revealing description of modern high society, others - a pathetic parody that only denigrated the capital's aristocrats.

“This is not a comedy, because it has no plan, no plot, no denouement ... It's just a proverb in action, in which Figaro is resurrected, but, like a copy, far from the original ... There is no other goal in the play itself to make contempt not a vice , but to arouse contempt for only one class of society ... He wanted to express his philosophical and political concepts, but he didn’t think about anything else ” Dmitry Runich, Trustee of the St. Petersburg Educational District

Many contemporaries believed that representatives of famous noble families served as prototypes for the heroes, whom Griboyedov met at balls and holidays in his uncle's estate as a child. In Famusov they saw the owner of the estate, Alexei Griboyedov; in Skalozub - General Ivan Paskevich; in Chatsky - the Decembrist Ivan Yakushkin. 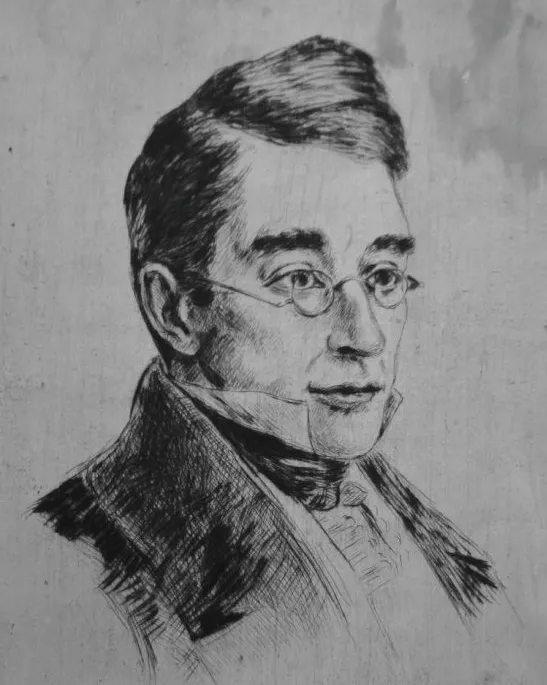 In 1825, Alexander Griboyedov returned to serve in the Caucasus at Yermolov's headquarters. Here the writer learned about the Decembrist uprising . Many of the conspirators were friends and relatives of Griboedov, so he himself fell under suspicion of involvement in the uprising. In January 1826, Griboyedov was arrested, but the investigation could not prove his belonging to a secret society.

In September 1826, Alexander Griboyedov returned to Tiflis and continued his service: he attended diplomatic negotiations with Persia in Deykargan, corresponded with the commander Ivan Paskevich, and together they thought over military operations. In 1828, Griboyedov participated in the conclusion of the Turkmanchay peace treaty with Persia, which was beneficial for Russia. 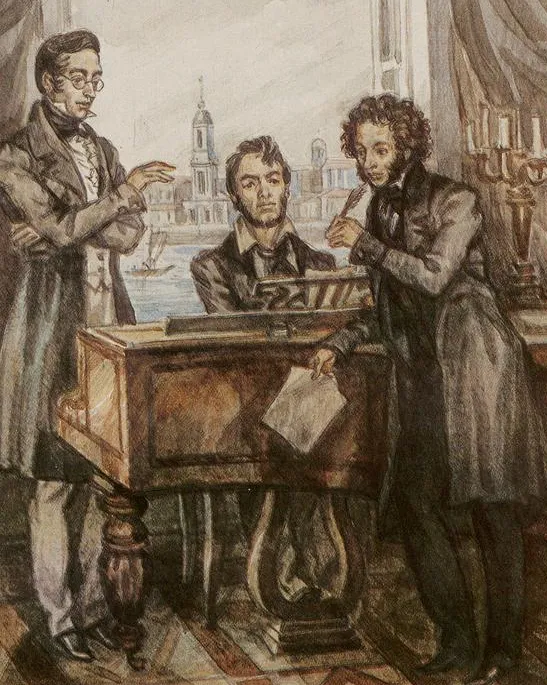 “During this war, his enormous talents appeared in all their splendor, completely processed by a multilateral correct education, his diplomatic tact and dexterity, his ability to work, huge, complex and requiring great considerations” From "Conversations in the Society of Lovers of Russian Literature"

Alexander Griboyedov delivered the text of the treaty to St. Petersburg. Nicholas I himself received him with honor in the capital . The emperor awarded the writer-diplomat with the rank of state councilor, the Order of St. Anne, 2nd degree, and appointed him minister plenipotentiary in Persia.

Returning to serve in a new position, Griboyedov again stopped in Tiflis, where he married Princess Nina Chavchavadze. They met back in 1822 - then he gave the girl music lessons. Griboyedov lived with his young wife for only a few weeks, as he was forced to return to Persia.

In 1829, during a diplomatic visit to Tehran, 34-year-old Alexander Griboyedov died: a huge crowd, incited by religious fanatics, attacked the house occupied by the Russian embassy. Alexander Griboyedov and his death were not written about in Russia for almost 30 years. Only when “Woe from Wit” was first staged on stage without censored edits, they started talking about him as a great Russian poet. The press began to appear the first information about the diplomatic role of Griboyedov in relations between Russia and Persia and his death.

Alexander Griboyedov was born in Moscow.

Contents
"One of the smartest people in Russia"
Travel notes of the secretary of the Russian embassy
"Not a comedy" censored
Writer diplomat
Timeline
Patents
Table: Further Resources