Surrogacy is a process by which a woman carries a pregnancy for another person or couple. 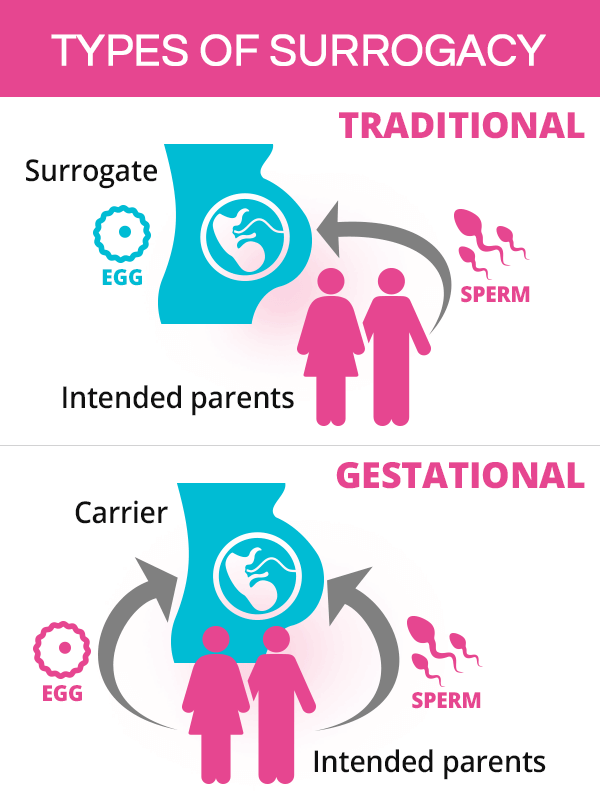 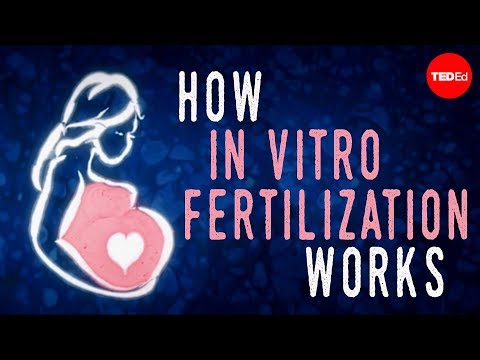 Overview of in vitro fertilization

Commercial surrogacy is a paid service involving a surrogate mother carrying a baby for intended parent(s). The procedure normally involves the signing of a contract that grants all the rights to the child to intended parents, and the birth certificate is issued in the names of intended parents. The practice of commercial surrogacy has raised a number of concerns, including the exploitation and commodification of women’s bodies. In certain countries, surrogacy can be undertaken altruistically, with the surrogate mother receiving no compensation other than reimbursement for medical and other expenses incurred due to the process. Altruistic surrogacy is sometimes considered among the relatives of an intended mother, and as such, foreigners can experience difficulties in finding suitable surrogates.

Surrogacy offers same-sex male partners and males without a partner the opportunity to have biological children. An egg donor is selected, and in the case of a couple, the intended parents must decide who will be the biological father. If a couple desires more than one child, they can create embryos using the same egg donor and the biology from each of the fathers. Half of the eggs would be fertilized with one father's biology and the other half with the second father's. The intended parents may try for twins—one child from each of their biologies—or they can decide which father will be the first biological father, and the other will be the second biological father.

The legal procedures for parenthood following surrogacy are complicated, because parental rights are not guaranteed after surrogate pregnancy. In the United States, there is not a federal law on surrogacy and state laws vary.

Surrogacy is prohibited in many European countries, such as Germany, Sweden, Norway, and Italy. The policies related to the legality of and payment for surrogacy differ from nation to nation. Some countries permit only altruistic surrogacy, including Canada, under the AHR Act 2004; Greece, under the Law on Enforcement of Medically Assisted Reproduction 2005; Israel, under Surrogacy Law 1996; the Netherlands, as guided by the Criminal Code; South Africa, under Children’s Act 2005; the UK, under Surrogacy Arrangements Act 1985; and several states in Australia, excluding the Northern Territory.

However, commercial surrogacy has been offered in several countries with lax regulations, including Georgia, under the Law on Health Protection 1997; Russia, under the Federal Law on the Fundamentals on Protection of Citizens’ Health 2011; Ukraine, under The Family Code of Ukraine; and a number of US states, including Arkansas, California, Illinois, and Maryland. Other nations prohibit both types of surrogacy by law, or under guidelines for medical, ethical, social, and religious reasons. India does not have any legislation regarding surrogacy. In Russian law, the intended parents are recognized as the legal parents.

There are two classes of pre-implantation genetic diagnosis: one occurring before and one after fertilization. The former can only be used when it is identified that a genetic parent has a particular abnormal gene. The development of the polymerase chain reaction (PCR) enables scientists to detect genetic defects at single-cell level, allowing particular genes to be continuously copied or "amplified" until there is a sufficient quantity of matter so that specific probes can be made to detect the presence of abnormal genes. In theory, this diagnostic technique could be used to detect any single gene-caused defect prior to implantation.

In the second method, fertilization occurs in the first third of the fallopian tube, so that the sperm will have travelled a considerable distance before fertilizing the egg. This new diagnostic test enables fertilized eggs with normal results to be transferred for implantation into the womb. Pre-implantation diagnosis is made possible in part by the creation of embryos outside the human body via IVR, and in part by the newer discovery of PCR gene testing.

In IVR, the woman's ovaries are stimulated by hormones to produce eggs so several eggs can be recovered at any given time. Often, all of the eggs obtained are fertilized in vitro because it is not known how many will develop properly. However, since not all of them may be implanted in the womb, this results in a surplus of embryos. If the woman does not become pregnant, the embryos can be kept and used in a later cycle, meaning that she would not have to undergo further hormone treatment and egg retrieval (normally a surgical procedure). This has led to research in embryo freezing, whereby embryos preserved by freezing are thawed and their development may be resumed. Technological development has yielded ways in which embryos can be frozen, or "cryopreserved," and used at a later time if the initial implantation fails or in another pregnancy. Another advantage is the availability of fertilized embryos for research purposes.

In 2017, Children's Hospital of Philadelphia researchers presented an artificial womb (AW) called Biobag. If the invention proves as successful as implied by tests carried out on animals, it is considered to have the potential to bring significant developments to neonatal intensive care. Ordinarily, premature neonates born earlier than 22 weeks of gestation cannot survive birth. The clinical application of artificial womb technology (AWT) is anticipated to improve the mortality rates or incidences for preterm newborns at the viability threshold.

In the tests, the animals received oxygen through their umbilical cords and continued to develop much as if they had remained in the uterus. At the time, the team behind Biobag expressed hope that the procedure could be tried on the youngest human preterm newborns within three to five years. The authors of the research stressed that they were not attempting to enable the delivery of babies earlier than the limit of viability, which is generally 22 to 23 weeks of pregnancy.

Gestation of a lamb in a biobag

'Parents can look at their foetus in real time': are artificial wombs the future?

Her Body, My Baby -- My Adventures With a Surrogate Mom

What is Surrogacy? A brief introduction | SurrogacyCentreGeorgia