Sue Wong is a Chinese-born American fashion designer best known for her dress designs with a contemporary twist based on old Hollywood glamor style. Her collections, available in some 27 countries, have been noted for her interpretations of the traditions of couture dressmaking of romantic eras such as Weimar Berlin, 1930s Shanghai, pre-code Hollywood, and Manhattan’s gilded Jazz Age. She owns Sue Wong Universe, based in Los Angeles, Cal. 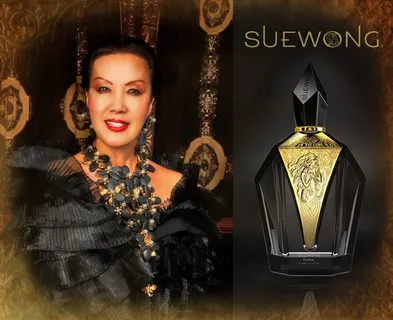 Born into humble circumstances in a remote countryside in Southern China, Sue was spirited away from her ancestral home at the age of five by her Mother, who longed to be reunited with her Father in America. Journeying to the United States a year later, mother and child reunited with Sue’s father in Los Angeles. As a child, her initial creative tendencies drew her to Art. The daughter of struggling immigrants, there would be no budget in the spare family economy for toys; Sue would create her own paper dolls and their entire lavish wardrobe, practicing her nascent interest in Fashion Design. However, Sue started making her own clothes when she was nine years old. In High School she was chosen from over three hundred female classmates to be a member of the May Company Teen Board, and landed the opportunity to work in various capacities including modeling, window display and merchandising.

While she was still trying to earn a Fashion degree, she interned with the resource brand Arpeja, after winning first place in a scholarship sponsored by the company, apprenticing under the head designer. When she was nine years old, Wong made her first blouse with her mom's Singer sewing machine from a scrap of fabric and some lace. A few years later, in junior high and high school, she insisted on designing and sewing herself a new dress for each weekly dance of the school year. Her senior prom dress was her own creation as well, adorned with beads handsewn into the bodice

Sue Wong became an intern at Arpeja, a popular fashion-design label in the 1960s and '70s. After a brief and failed attempt in 1970 to operate a boutique with her best friend in 1970, she returned to Arpeja in 1976 to become head designer of its Young Edwardian line. By 1977, she had taken the company's sales from $5US million to $50US million

In 1979, Wong again attempted to establish her own business but was unsuccessful. She finally found success when she founded her own clothing line in 1984. Since then, with her licensed brand, Sue Wong Studio S, Inc., and with her younger son Josh Homann as the COO, Wong has made a name for herself in the fashion industry. In 1999, she created Sue Wong Nocturne, an evening wear line that came just in time for the millennium. Her clothing been worn by Taylor Swift, Miley Cyrus, Anne Hathaway, Jessica Biel, Vanessa Minnillo, Kelly Osbourne, Tyra Banks, and other celebrities

In her early 20s, Wong married artist and textile designer Ralph Homann and had two sons. After six and a half years of marriage, Homann and Wong divorced, and she has remained unmarried. In 2004, Wong purchased The Cedars, a hilltop villa in Los Feliz, originally built in 1926 for French film director and screenwriter Maurice Tourneur. She spent two years restoring the mansion to its intended 1920s glamorous Hollywood state. As an avid art collector for a quarter century, she has a collection of over 200 paintings and sculptures 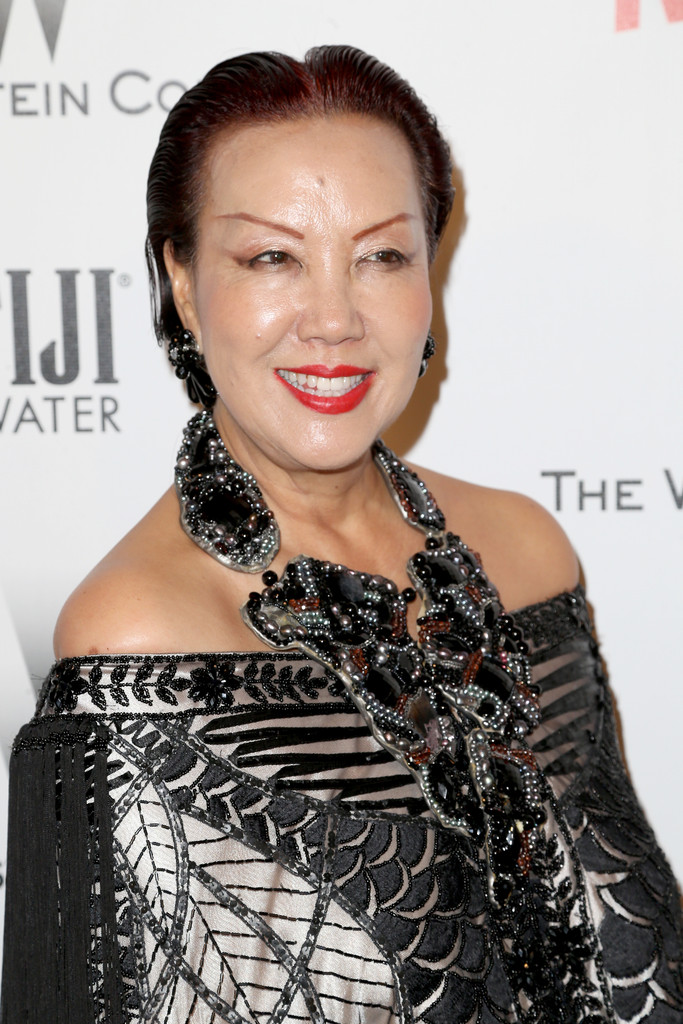 Sue Wong was born in People’s Republic of China.