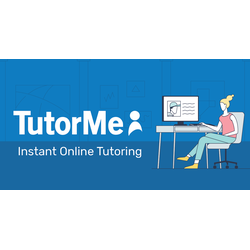 TutorMe is an online tutoring platform based in Los Angeles, California, for kindergarten through graduate school grade levels.

Tutorme was edited by

TutorMe is an online tutoring platform based in Los Angeles, California, for kindergarten through graduate school grade levels.

TutorMe was acquired by Zovio (NASDAQ: ZVO) in April 2019.

In 2020, TutorMe was selected as a Mom's Choice Award winner.

In 2020, TutorMe was chosen as a National Parenting Product Award winner.

In 2020, TutorMe was selected by the Timmy Awards as the Tech for Good Award recipient.

In 2021, TutorMe was named an EdTech Digest award finalist under the Tutoring Solution and Founder/CEO-Startup categories.

In 2021, TutorMe was named an Edison Award finalist and went on to win a Silver Award for its Administrator Dashboard and Bronze for its Writing Lab.

In 2021, TutorMe won double Gold Stevie Awards for Fastest Growing Tech Company of the Year (Up to 100 Employees) and Founding Team of the Year (Consumer Services Industries).

SAFE-BioPharma Association is the non-profit association that created and manages the SAFE-BioPharma digital identity and digital signature standard for the global pharmaceutical, biotech and healthcare industries.

SAFE stands for "Signatures & Authentication For Everyone" (but originally stood for "Secure Access For Everyone"). It was originally created as an initiative of the Pharmaceutical Research and Manufacturers of America (PhRMA) association to encourage the use of a common digital identity and digital signature standard for the pharmaceutical industry, but is now an independent non-profit association offering such standards services to the government and the entire healthcare industry.

The SAFE-BioPharma industry standard is used to establish and manage digital identities and to issue and apply digital signatures. It mitigates legal, regulatory and business risk associated with business-to-business and business-to-regulator electronic transactions. It also facilitates interoperability by providing a secure, enforceable, and regulatory-compliant way to verify identities of parties involved in electronic transactions.

REVE Systems was edited by 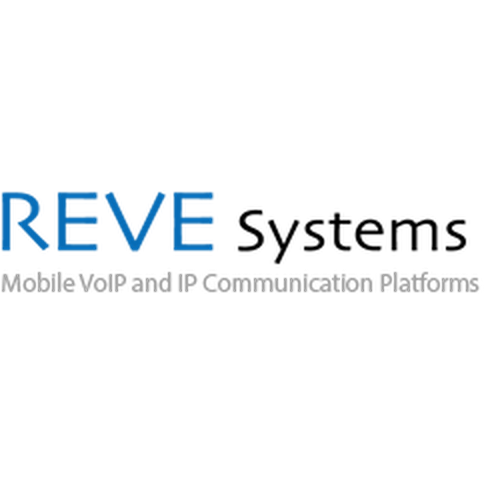 REVE Systems is a privately held company providing software for the telephony and IP telephony industry worldwide. The company was formed in 2003 and since 2008 has been headquartered in Singapore. It has operations in over 78 countries and employs over 1000 employees. The company has been working with over 4,500 VoIP and telecommunication service providers throughout the world including Bangladesh, India, Hong Kong, USA, UK and Lebanon. The major development center is in Bangladesh and India. 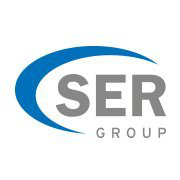 SER Group was edited by

SER Group is a German IT company with branches in 22 locations worldwide and headquarters in Bonn, Germany. The company develops, sells, trains and delivers its own set of products for Enterprise Content Management (ECM) & Business Process Management (BPM) including collaboration and cognitive services. The company’s core product is Doxis4.

Staccato, previously known as STI Firearms or simply STI (Strayer-Tripp International), is an American firearm company based in Georgetown, Texas that manufactures modular M1911-style semi-automatic pistols, such as its proprietary 2011 handguns, and various gun parts for competition, duty and self-defense. All firearms are designed, engineered, and handcrafted in Texas with American materials and parts.

On May 26, 2020, STI Firearms announced that the company will begin operating as Staccato.

In June 1994, Sandy Strayer left STI to start a new company called Strayer Voigt Inc, which focuses on building custom pistols as opposed to the "semi-custom" models of STI.

In November 1994, Dave and Shirley Skinner, owners of an electronics company named Tessco, Inc., became involved in the operation of STI along with Virgil Tripp. In early 1997, the Skinners completed their purchase of STI from Virgil Tripp and renamed the company to STI International, Inc. Virgil went on to start a new company using the name Tripp Research, Inc., which produces various finishes for firearms and magazines for 1911s. During the Clinton era high-capacity ban, STI focused on exports and the growing concealed-carry market. As of 2007, STI was the third-largest exporter of pistols in America.

From 1994 to the late 1990s, STI had a custom shop which would build guns to customer's specifications.

In January 2005, Dave Skinner sold the company to the employees of STI, making it the first employee-owned company in the firearms industry.

In 2010, Tim Dillon was hired and made President and CEO, and later joined the Board of Directors. Dillon left the company in early 2014.

In 2014, Greg Mooney joined STI as the President/CEO and a Member of the Board of Directors.

In 2020, STI announced its name change to Staccato.

iMerit was edited by

iMerit is a Kolkata-based company.

iMerit is an India- and U.S.-based data-annotation company.

iMerit employs more than 2,200 workers in nine offices around the world that label data for industries including agriculture, autonomous driving, insurance, manufacturing, medical imaging, and retail. The company’s employees provide data-annotation services, such as transcribing audio files and identifying objects in photos, that assist data-driven applications including artificial intelligence and machine learning.

iMerit was founded in 2012 by former HP and Cisco Systems executives Radha and Dipak Basu. Most of its customers are in the United States, with the balance in the United Kingdom and Germany.

In 2015, the company raised $3.5 million from Michael Dell, Pierre Omidyar, and Vinod Khosla.

In January 1999, Midas launched their Pocket Price Games label, alongside the compilation labels 2 in 1 and All in One Packs. A UK subsidiary known as Midas Interactive Entertainment Ltd. was founded in February of that year. Midas also acquired the Greenwich based game developer Interactive Entertainment Ltd. the same year, which would become a fully owned subsidiary of Midas. The company started to release games on the PlayStation in January 2000.

In 2002 Share founded Phoenix Games which took control over their movie and low price gaming publishing on PlayStation and PlayStation 2.

In 2005, Midas formed a sister company called Ghostlight, who would take control of localizing Japanese titles for the European market from Midas. Both companies, alongside Laughing Jackal became part of holding company Majesty House Group.

As of 2012, Midas no longer releases new titles, and has since been focusing on re-releasing older titles on the PlayStation Network, mainly localized Simple Series titles that Agetec released in the United States.

Vasm is a free assembler supporting various CPUs and many different output formats.

SurveyJS is a free and open source front-end web development library for web-based statistical survey applications written in JavaScript. The library supports several popular front-end frameworks, including Angular 2, jQuery, Knockout (web framework), React.js, Vue.js. As of January 2021 the library's codebase has been independently forked over 500 times and its react flavored npm package has reached a volume of over 11,000 weekly downloads.

SurveyJS started out as a beta release open-source project, published on the collaborative version control site GitHub in August 2015. In April 2018 the project officially became production-ready. In the following month it was announced that the library has become available in the form of a free and open-source pugin for the WordPress content management system.During the 8th Joint International Semantic Technology Conference, JIST 2018, held in Awaji, Japan, in November 2018, researchesrs from Fujitsu Ltd., presented their study on the topic of Practical use of Knowledge Graph with Case Studies using Semantic Web Publishing tools. To demonstrate their findings, they implemented a prototype using the SurveyJS library. The scientific paper documenting the implementation was later selected as one of only 6 papers out of 75 to be published in the peer-reviewed conference proceedings book.

In the 2020 book Re-imagining University Assessment in a Digital World, four professors from Deakin University discuss leveraging the SurveyJS library to build a 360-degree feedback tool for the needs of higher education.

SurveyJS features a collection of standard input widgets, including text and numeric fields, drop-down list boxes, radio buttons, check boxes, rating fields and more. Additionally, the library can be extended with custom input widgets. Forms and surveys can be delivered eaither in on a single or multiple pages. Response validation can be enforced either through basic conditions, regex, or SurveyJS' own expression engine. The expression engine is based on PEG.js, an open source parsing expression grammar library. Expressions can be used for input validation, conditional display rules for pages and

There are several features which enable surveys to run in the form of quizzes or exams. Most notably the question order can be randomized and there are optional time limits per page or quiz.

Survey questions can be optionally translated in up to 40 different languages. SurveyJS will automatically display the language, which matches the web client's locale.

SurveyJS includes an API, which allows the library to be extended in several ways:

Both the survey definitions and the user responses are formatted as JSON documents. Image or video based questions are available out-of-the-box. Additionally there is a widget, which allows respondents to upload files and submit them with the rest of the answers. In both cases images and documents are being stored within the JSON documents in the form of Base64 strings.

The original authors of the library, Devsoft Baltic, offer a suite of paid products, which complement the functionalities of the SurveyJS library. Those include a WYSIWYG survey editor application, a data analytics application, and a SaaS platform for survey delivery and response collection.

Lithium gold boride (chemical formula LiAu3B) is a material with a honeycomb-like structure that can be used to make superconducting batteries.

LiAu3B is a ternary metal, consisting of the three elements lithium, gold and boron. The material is stable under extraction of its lithium atoms, during which it experiences a volume deviation of 0.42%.

Under an increase of pressure, the B-Au bonds are less affected than the Au-Au bonds. Under an increase from 0 to 50 GPa, all bond lengths become smaller except those of the B-Au bonds. This is a result of the strong hybridization between the gold and boron atoms mentioned earlier. Furthermore, under increasing pressure, the electronegativity of the gold and boron atoms rises, while the electronegativity of the lithium atoms decreases. This can be explained by the fact that the length of the Au-Au bonds decreases under higher pressure. Because of the hexagonal structure of the gold atoms, the gold atoms will become closer to the lithium atoms and will be better able to 'steal' its electron. This means that the acceptation capacities of the gold and boron atoms increases under higher pressure.

The flow of lithium ions from the cathode to the anode and vice versa, while facilitated by an Li+ conducting electrolyte, is analogous to the flow of current in ordinary batteries. It allows for simple charging and discharging of LiAu3B batteries. Furthermore, the lattice structure is preserved even when all lithium ions are removed from the structure, to a (temporary) host structure, and only a small volumetric deviation is observed when all lithium ions are removed. The deviation is only 0.42% of the total volume when there are no lithium atoms in the Au3B. This is because the lithium atoms are located at the centre of the hexagonal gold structures. Adding or removing the lithium atoms will not drastically change the structure of the gold and therefore also will not affect the volume too much. This is an important result for batteries because it is not desired to have batteries that change their volume while being charged or discharged. The average open-circuit voltage of 1.30V also makes the material promising to use in batteries.

Like most other lithium boride metals, superconductivity is also a property of LiAu3B. This is because the boron atoms create metal bonds. The superconductive properties can be derived from the phonon spectra of LiAu3B at 0 hydrostatic pressure.

A gateway is a link between two computer programs or systems such as Internet Forums. A gateway acts as a portal between two programs allowing them to share information by communicating using protocols on a computer or between dissimilar computers.

Some examples of common gateways: