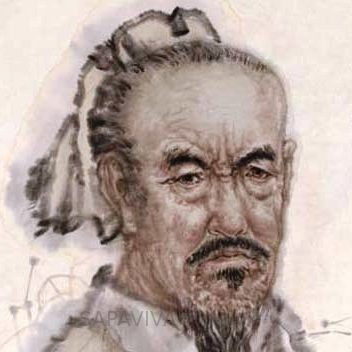 Little is known of Zhu’s life except that he was probably a native of the present Beijing area and that he traveled throughout the country as an itinerant teacher during the last 30 years of the 13th century.

Zhu’s fame rests primarily on two publications, Suanxue qimeng (1299; “Introduction to Mathematical Science”) and Siyuan yujian (1303; “Precious Mirror of Four Elements”). The former is an introductory mathematics textbook, proceeding from elementary arithmetic to algebraic calculations. Through its layout and progression it clearly testifies to the author’s didactic concern. Following the southern Chinese tradition of mathematics, this book contains many rules and problems presented in the form of verses to facilitate their memorization. This practical orientation, together with the introduction of contemporary data in commercial problems, suggests that mathematics had begun to reach beyond the confines of mandarin society. This book was also read in Korea and Japan; it played a central role in the development of the wasan (“Japanese calculation”) tradition.

“Precious Mirror” corresponds to the final stage in the generalization of the northern Chinese technique of tian yuan (“method of the celestial unknown”), a kind of algebraic computation performed with counting rods to solve problems. This method, also contained in books written by Li Ye (1192–1279), was developed primarily to calculate the dimensions of simple geometric figures, given their volume or area and some supplementary data. Zhu demonstrated that the method can be applied to a very wide range of problems. As in the method of the celestial unknown, Zhu’s procedure depends heavily on the use of counting rods to represent polynomials and equations. His main improvement lay in the introduction of techniques to eliminate unknown variables between equations.

“Precious Mirror” also contains a diagram known in the West as Blaise Pascal’s triangle, which most likely inspired Zhu’s discovery of an important combinatoric identity.