Yassine Bounou, also known as Bono, is a Moroccan professional footballer who plays as a goalkeeper for La Liga club Sevilla and the Morocco national team.

He spent most of his career in Spain, making over 100 La Liga appearances for Girona and Sevilla, and 56 in Segunda Division for Zaragoza and Girona. He won the UEFA Europa League for Sevilla in 2020.

A full international for Morocco since 2013, Bounou represented his nation at the FIFA World Cup 2018, FIFA World Cup 2022 and three Africa Cup of Nations tournaments. He previously played for the under-23 team at the 2012 Olympics. 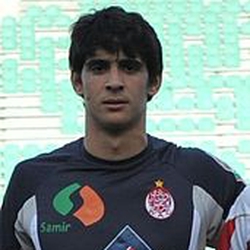