He is an American actor and producer.

As a child he began acting in amateur theater.

Graduated from Hampshire College, Berkeley with a degree in painter, sculptor and make-up artist.

He began his acting career in 1981 with small roles in the television series "Falcon Crest" and "M*A*S*H".

In cinema he first appeared in the film "Mom in Love" (1981). Actively starred in small roles in blockbusters and television series. However, his persona became recognizable only in the 1990s 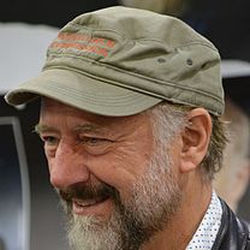