WittyFeed is a company founded by Vinay Singhal, Shashank Vaishnav and Parveen Singhal. 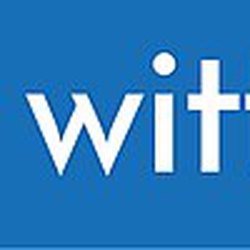 WittyFeed is a company founded by Vinay Singhal, Shashank Vaishnav and Parveen Singhal.

WittyFeed is an Internet media and viral content company based in Indore, India. It publishes content on categories such as sports, news, fashion, lifestyle, travel, inspiration, relationships, health, fitness, and posts ads related to the content published.

In February 2017, It became the 20th most visited site in India. It is a charticle and a listicle platform.WittyFeed is India’s largest viral content company and the world’s second largest in terms of traffic numbers after BuzzFeed. It is among the top 200 websites in the world with 120 million unique visitors to its website every month and more than 420 million monthly page views. It is the first company from India to be among the top 75 and top 25 most-read websites in the United States and the United Kingdom. It gets 75% of the traffic from United States, United Kingdom, Canada and Australia.

WittyFeed was founded by Vinay Singhal, Parveen Singhal and Shashank Vaishnav in October 2014. It runs under the parent company Vatsana Technologies. It has received the Fastest Growing Company in IT Sector award by All India Achiever's Foundation in 2015. WittyFeed was selected by Google among an elite group of startups for case studies on successful companies using their products.In February 2017, Wittyfeed became the 20th most visited website in India, ahead of Twitter and Instagram.

In September 2016, Wittyfeed partnered with Sohail Khan production's film Freaky Ali. It was partnered with an online emotional wellness platform YourDost to be the digital partner of the #StopSuicide campaign for World Suicide Prevention Day in September 2016.In association with Government of India's initiative Swachh Bharat Abhiyan, Narendra Singh Tomar, the Union Minister for Rural Development and Panchayati Raj used WittyFeed as a platform to create awareness on cleanliness in August, 2017.

In September, 2017, WittyFeed raised an undisclosed amount of funding in a pre-series A funding from investors, including Anand Chandrasekaran, Apurva Chamaria (the Vice President of HCL Technologies) and Ritesh Malik (Co-founder of Innov8).