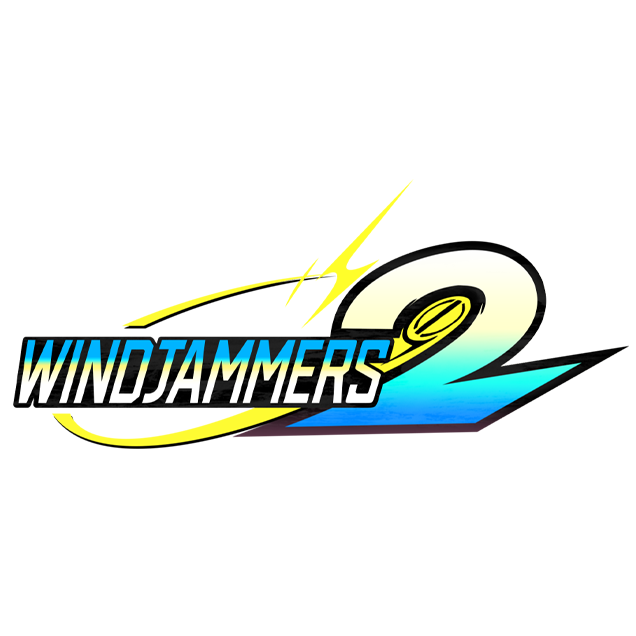 Windjammers 2 is a sports game played from a top-down perspective, in which players must try to throw a frisbee into their opponent's goal while protecting their own. Players can earn 3 or 5 points by landing the frisbee into their opponent's goal in the yellow or red zones respectively, or can try to land the frisbee on the floor of their opponent's side to earn 2 points. Players win a set by achieving a certain number points, and win the match by winning the most sets. [1] In the game, players select from 11 playable characters, including all six returning characters from the original Windjammers.[2][3][4] Each character has their own attributes. For instance, some characters have more steady control than others at the cost of speed.[5] There are EX Moves, which are special powers can be that activated for gameplay advantages. Players can compete on 10 different courts, including all six courts from Windjammers, which feature different goal zones and gameplay properties.[6] Both single-player and local multiplayer modes are featured.[1] The game includes an "Arcade Mode", where multiple matches are played through championships.[7] Windjammers 2 features cross-platform play between Xbox One and Windows versions.[3]

Dotemu, the game's developer and publisher, approached Paon DP, the intellectual property owner for Windjammers, a chance to develop a port to the original game and develop a brand new game in the series. In order to be faithful to the original game, Kevin Delbrayelle, who had retro-engineered the first game's program codes during the production of its port, returned to lead the sequel's technical development. Similar to Wonder Boy: The Dragon's Trap and Streets of Rage 4, the game features hand-drawn 2D animation visuals.[8] The game's pre-production started in late 2017 and the title was officially announced during a Nintendo Direct held in August 2018.[9][10] The game was planned for a 2019 release on Microsoft Windows and Nintendo Switch,[11] but got delayed to early 2020.[12] In December 2020, Dotemu confirmed that the game was delayed again to 2021.[13] Over the course of its development, versions for PlayStation 4, Stadia, and Xbox One were also added.[3] The game was released on January 20, 2022