Soviet and Russian actor, animation and film director, screenwriter and writer most famous for portraying Sherlock Holmes in the Soviet TV series. He was named People's Artist of the RSFSR in 1988. 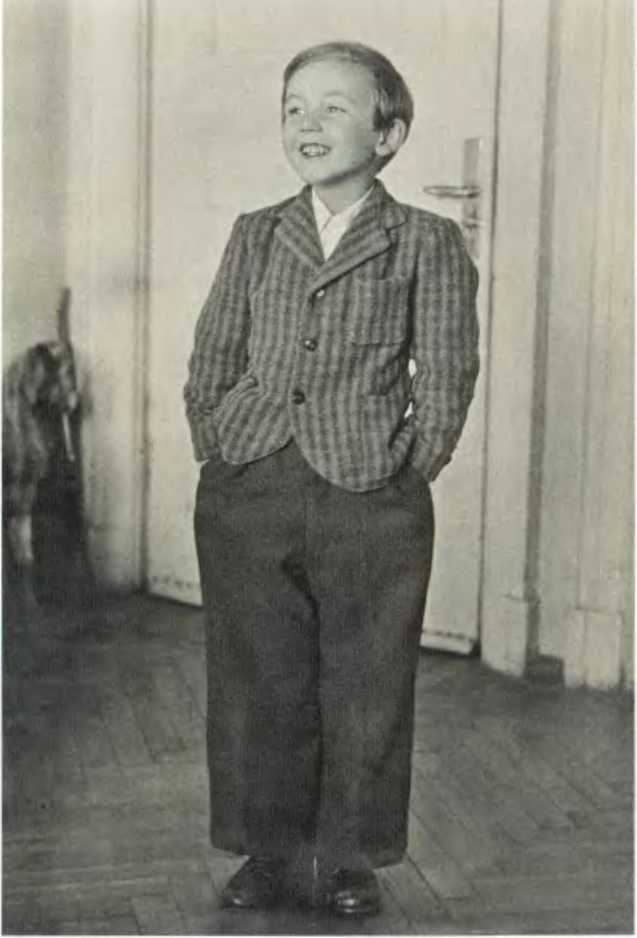 Vasily Livanov as a child

Vasily Livanov was born into a famous theatrical family. His paternal grandfather Nikolai Alexandrovich Livanov (1874–1949) was a Volga Cossack from Simbirsk who moved to Moscow in 1905 and performed at the Struysky Theatre under a pseudonym of Izvolsky; after the revolution he worked at the Mossovet and Lenkom Theatres. Vasily's father Boris Livanov (1904–1972) was also a prominent actor and stage director who served at the Moscow Art Theatre all his life, while his mother Eugenia Kazimirovna Livanova (née Prawdzic-Filipowicz) (1907–1978) was an artist who belonged to Polish szlachta.

Vasily was brought up in the artistic milieu. Many famous actors who worked with his father, like Olga Knipper, Alla Tarasova, Vasily Kachalov (whom Livanov was named after), as well as Pyotr Konchalovsky, Boris Pasternak, Valery Chkalov were frequent guests at their house. In 1940 his family was staying in Chernivtsi along with other Moscow actors, and his Polish nanny took him to the local Catholic church where he was baptized, presumably with his mother's permission. Today he belongs to the Russian Orthodox Church despite he never officially converted.

His family spent the first war years in evacuation and in 1943 returned to Moscow. In 1954 Vasily graduated from the Moscow Secondary Art School under the USSR Academy of Arts, and in 1958 he finished the acting courses at the Boris Shchukin Theatre Institute. His film career started in 1959 with one of the leading roles in the Letter Never Sent.

The movie was shot in Taiga at −40 °C, and the director Mikhail Kalatozov decided that Livanov and Samoilova should voice their characters crying not in the studio, but outside, right in the woods. As a result, Livanov lost his voice, and in two weeks it returned as a unique hoarse tembre that would've become one of Livanov's trademarks ever since.

From 1958 to 1959 he performed at the Vakhtangov Theatre, and from 1960 to 1964 – at the National Film Actors' Theatre. He also starred in the 1960 adaptation of Vladimir Korolenko's Blind Musician along with his father and the 1962 adaptation of Vasily Aksyonov's Colleagues that became his first real breakthrough.

Vasily Livanov was a close friend of Vitaly Solomin and Rina Zelyonaya, who played Doctor Watson and Mrs. Hudson. As he writes in his memoir:

"It happens so that when someone passes away, we customarily treat his actions and related events as the thing of the past. But everything about my beloved closest friend and partner Vitaly Solomin has become a part of my way of life, my conscience, so for me it will become the thing of the past only when I pass away too."

In 1966 he finished the High Directors Courses where he studied under Mikhail Romm and joined Soyuzmultfilm as an animation director, screenwriter and voice actor. During the next ten years he wrote and directed several animated films, including Most, Most, Most, Most and The Blue Bird feature.

Yet his biggest success came with The Bremen Town Musicians animated musical, a modernised adaptation of the eponymous folktale he created with Yuri Entin and Gennady Gladkov. Both parts showed heavy influence of rock and roll and hippie cultures which was unusual for the Soviet cinema. The first film was directed by Inessa Kovalevskaya, while the sequel On the Trail of the Bremen Town Musicians (1973) was directed by Livanov himself. The leading Soviet pop singer Muslim Magomayev voiced almost all characters in it which only added to the overwhelming popularity of the series.

Livanov was also the voice behind multiple popular Soviet animated characters such as Gena the Crocodile from the Cheburashka series, Karlsson-on-the-Roof from the Soviet adaptation of Astrid Lindgren's fairy tale and Boa from 38 Parrots. 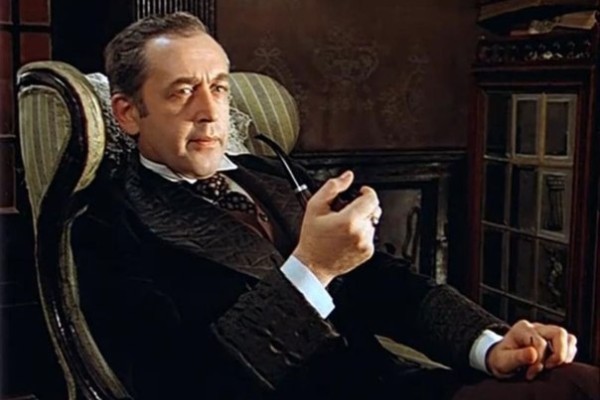 A still from the movie Sherlock Holmes and Dr. Watson

In the late 1970s and in the 1980s, Livanov returned to film stardom in what became the greatest success of his acting career: the role of Sherlock Holmes in The Hound of the Baskervilles and other Holmes TV series directed by Igor Maslennikov.

Those movies were filmed between 1979 and 1986, with the latter four stories forming the plot of a standalone big-screen feature entitled The Twentieth Century Approaches. Vasily Livanov played Sherlock Holmes and Vitaly Solomin played Doctor Watson.

On 27 April 2007, a sculpture featuring Sherlock Holmes and Doctor Watson as portrayed by Vasily Livanov and Vitaly Solomin was opened on the Smolenskaya embankment alongside the Embassy of the United Kingdom in Moscow (sculptor Andrey Orlov).

Apart from screenplays Vasily Livanov has been professionally writing books since the 1960s. He published novels, stories, fairy tales and memoirs, including biography books dedicated to Boris Livanov, Boris Pasternak and other people he personally knew. 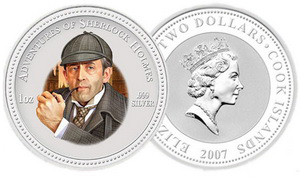 In 2007, to commemorate the 120th anniversary of Arthur Conan Doyle's debut Sherlock Holmes novel, the privately owned New Zealand Mint issued a commemorative series of four coins in a two-dollar souvenir box of the Cook Islands. The coins are minted in sterling silver in an edition of 8,000 pieces. Each coin weighs 31.1 grams (1 oz.). The mintage is matte-glossy with colorful photo-printing on the surface.

The reverse of the first coin features Sherlock Holmes (played by Vasily Livanov) in a hunter's felt hat and carrying a pipe. The other three coins are dedicated to the films "The Treasure of Agra," "Hound of the Baskervilles" and "Death Match. On them, in addition to Sherlock Holmes, there are Doctor Watson (played by Vitaly Solomin), Miss Morstan (played by Ekaterina Zinchenko), Sir Henry Baskerville (played by Nikita Mikhalkov) and Professor Moriarty (played by Viktor Evgrafov). The set of coins is presented in a souvenir box made in the form of a movie clapper. Part of the circulation of these coins was distributed in the branches of Sberbank of Russia.

Vasily Livanov was born in Moscow.

Search on Google
Search on Bing
en.wikipedia.org/wiki/Vasily_Livanov
221b.ru
Is a