A distinctive feature of the Varanus Salvadorii species is its long tail, which is approximately twice the size of the lizard's body from the tip of the nose to the cloaca. 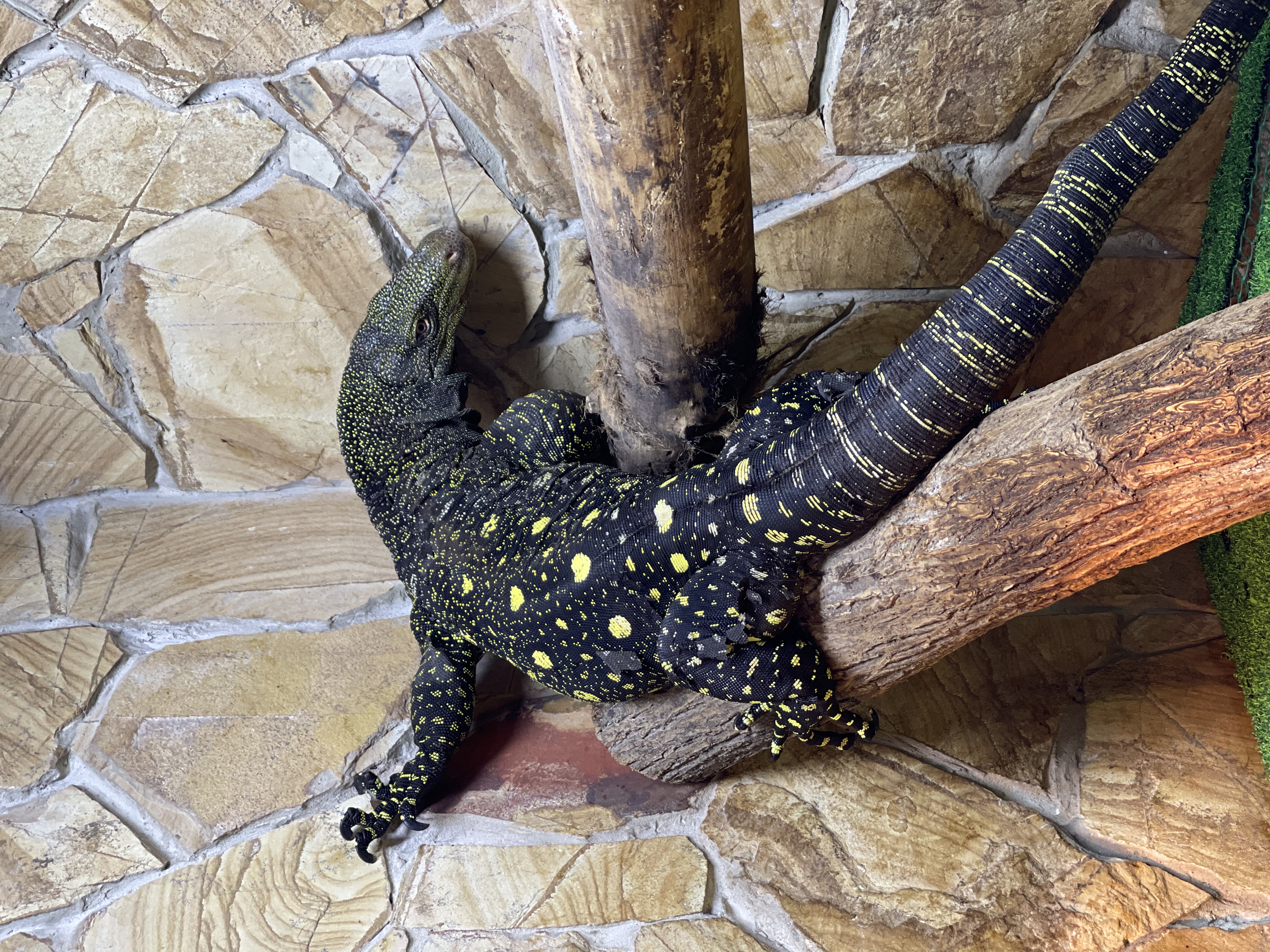 The skin of crocodile monitor lizards is covered with rare scales, and characteristic folds form in the neck area. The color is predominantly black or dark brown with randomly arranged yellow or white patches in the form of spots and radial stripes, which helps the lizard perfectly camouflage in the habitat. Depending on the habitat, a slight variability of crocodile monitor lizards in color and size has been registered.

Among the features of crocodile monitor lizards, it is necessary to note the shape of the head, unusual for a lizard. The elongated and rounded muzzle in the nose area makes them very similar to crocodiles, thanks to which this species of monitor lizards got its name "crocodile". In addition, the species name "Tree crocodile" is found in habitats.

The powerful jaws of the crocodile monitor lizard, rather long and slightly curved teeth, which are located almost vertically in relation to each other, as well as sharp claws, contribute to successful hunting. Thanks to these features, lizards of the species Varanus salvadorii are excellent predators. In the wild, this helps them successfully hunt prey that is much larger than the reptile itself.

The species Varanus salvadorii is dimorphic. Males are larger than females.

In captivity, the life expectancy of crocodile monitor lizards can be 12-20 years, depending on the conditions of detention.