Ministry of Education, Universities and Research of Italy
Affiliated with
‌
Coimbra Group

"Edit from table cell"
Jed Christiansen edited on 29 Apr, 2022
Edits made to:
Infobox (+1 properties)
Infobox
Is a 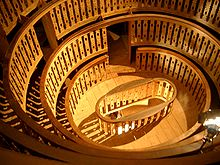 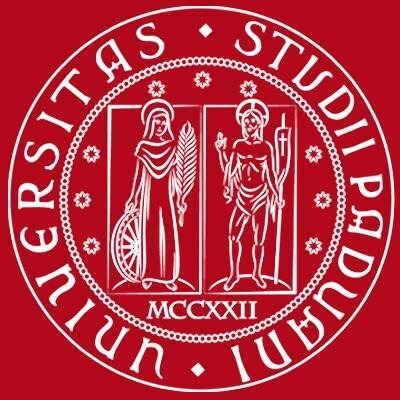 The University of Padua (Italian: Università degli Studi di Padova, UNIPD) is an Italian university located in the city of Padua, region of Veneto, northern Italy. The University of Padua was founded in 1222 by a group of students and teachers from Bologna. Padua is the second-oldest university in Italy and the world's fifth-oldest surviving university. In 2010 the university had approximately 65,000 students. In 2021 it was ranked second "best university" among Italian institutions of higher education with more than 40,000 students according to Censis institute, and among the best 200 universities in the world according to ARWU.

The university is conventionally said to have been founded in 1222 (which corresponds to the first time when the University is cited in a historical document as pre-existing, therefore it is quite certainly older)[citation needed] when a large group of students and professors left the University of Bologna in search of more academic freedom ('Libertas scholastica'). The first subjects to be taught were law and theology. The curriculum expanded rapidly, and by 1399 the institution had divided in two: a Universitas Iuristarum for civil law and Canon law, and a Universitas Artistarum which taught astronomy, dialectic, philosophy, grammar, medicine, and rhetoric. There was also a Universitas Theologorum, established in 1373 by Urban V.

The student body was divided into groups known as "nations" which reflected their places of origin. The nations themselves fell into two groups:

the cismontanes for the Italian students

the ultramontanes for those who came from beyond the Alps

From the fifteenth to the eighteenth century, the university was renowned for its research, particularly in the areas of medicine, astronomy, philosophy and law. During this time, the university adopted the Latin motto: Universa universis patavina libertas (Paduan Freedom is Universal for Everyone). Nevertheless, the university had a turbulent history, and there was no teaching in 1237–61, 1509–17, 1848–50.

The Botanical Garden of Padova, established by the university in 1545, is one of the oldest gardens of its kind in the world. Its alleged title of oldest academic garden is in controversy because the Medici created one in Pisa in 1544. In addition to the garden, best visited in the spring and summer, the university also manages nine museums, including a History of physics museum.

The University began teaching medicine around 1250. It played a leading role in the identification and treatment of diseases and ailments, specializing in autopsies and the inner workings of the body.

Since 1595, Padua's famous anatomical theatre drew artists and scientists studying the human body during public dissections. It is the oldest surviving permanent anatomical theatre in Europe. Anatomist Andreas Vesalius held the chair of Surgery and Anatomy (explicator chirurgiae) and in 1543 published his anatomical discoveries in De Humani Corporis Fabrica. The book triggered great public interest in dissections and caused many other European cities to establish anatomical theatres.

On 25 June 1678, Elena Lucrezia Cornaro Piscopia, a Venetian noblewoman and mathematician, became the first woman to be awarded a Doctor of Philosophy degree.

The university became one of the universities of the Kingdom of Italy in 1873, and ever since has been one of the most prestigious in the country for its contributions to scientific and scholarly research: in the field of mathematics alone, its professors have included such figures as Gregorio Ricci Curbastro, Giuseppe Veronese, Francesco Severi and Tullio Levi Civita.

The last years of the nineteenth and the first half of the twentieth century saw a reversal of the centralisation process that had taken place in the sixteenth: scientific institutes were set up in what became veritable campuses; a new building to house the Arts and Philosophy faculty was built in another part of the city centre (Palazzo del Liviano, designed by Giò Ponti); the Astro-Physics Observatory was built on the Asiago uplands; and the old Palazzo del Bo was fully restored (1938–45). The vicissitudes of the Fascist period—political interference, the Race Laws, etc.—had a detrimental effect upon the development of the university, as did the devastation caused by the Second World War and—just a few decades later—the effect of the student protests of 1968-69 (which the University was left to face without adequate help and support from central government). However, the Gymnasium Omnium Disciplinarum continued its work uninterrupted, and overall the second half of the twentieth century saw a sharp upturn in development—primarily due an interchange of ideas with international institutions of the highest standing (particularly in the fields of science and technology).

In recent years, the University has been able to meet the problems posed by overcrowded facilities by re-deploying over the Veneto as a whole. In 1990, the Institute of Management Engineering was set up in Vicenza, after which the summer courses at Brixen (Bressanone) began once more, and in 1995 the Agripolis centre at Legnaro (for Agricultural Science and Veterinary Medicine) opened. Other sites of re-deployment are at Rovigo, Treviso, Feltre, Castelfranco Veneto, Conegliano, Chioggia and Asiago.

Recent changes in state legislation have also opened the way to greater autonomy for Italian universities, and in 1995 Padua adopted a new Statute that gave it greater independence.

As the publications of innumerable conferences and congresses show, the modern-day University of Padua plays an important role in scholarly and scientific research at both a European and world level. True to its origins, this is the direction in which the university intends to move in the future, establishing closer links of cooperation and exchange with all the world's major research universities.

The university is constantly ranked among the best Italian universities. The 2020 Times Higher Education World University Rankings lists the university at the fourth (tied with the Vita-Salute San Raffaele University).

The University of Padua offers a wide range of degrees, organized by Departments:

Department of Agronomy, Food, Natural Resources, Animals and the Environment

Department of Cultural Heritage: Archaeology and History of Art, Cinema and Music

Department of Developmental Psychology and Socialisation

Department of Economics and Management

Department of Historical and Geographic Sciences and the Ancient World

Department of Linguistic and Literary Studies

Department of Management and Engineering

Department of Pharmaceutical and Pharmacological Sciences

Department of Physics and Astronomy

Department of Political and Juridical Sciences and International Studies

Department of Private Law and Critique of Law

Department of Surgery, Oncology and Gastroenterology

Department of Women's and Children's Health

Departments have been united in a limited number of Schools: