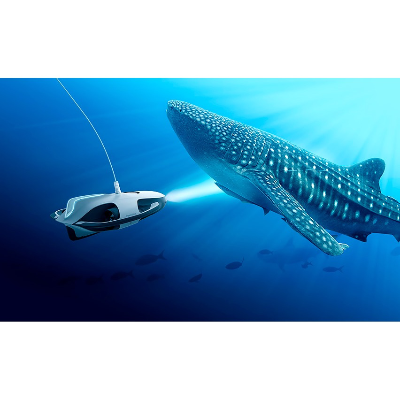 Underwater robots are versatile soldiers: they don't need to rest, they're much cheaper than crewed submarines, and they don't need a lot of electricity. They know how to patrol, spy and fight.

What are the military doing underwater?

Right now, an invisible battle for the right to be the ruler of the deep sea continues in the oceans. The military of the strongest powers are trying to gain an advantage that will allow not only to protect the underwater borders, but also give a trump card in a potential confrontation with another country.

Underwater robots can become a key argument in this dispute. These are devices without a crew inside: the command post is equipped on ships or on land. As a rule, they are small - from 1.7 kg, devices weighing from 1.4 tons to 10 tons are already classified as large-sized, but now real giants appear, for example, the weight of the American Orca is 50 tons. They can be in the water up to several  weeks and even months, while a habitable submarine needs to surface at least occasionally.

Drones are not an example cheaper than guided ships. For example, the Boeing Corporation undertook to manufacture four Orca Ultra-Large Unmanned Underwater Vehicles (XLUUVS) for the US Army for $10 million each. This amount also includes testing and delivery of all auxiliary elements.

By comparison, the LCS gunship costs $584 million. It's faster, can carry more weapons, and has a crew of 40. This, on the one hand, is an advantage (the crew performs tasks that the drone cannot solve), and on the other hand, it is a vulnerability (people risk their lives). Orca is completely autonomous, the operator is completely safe. 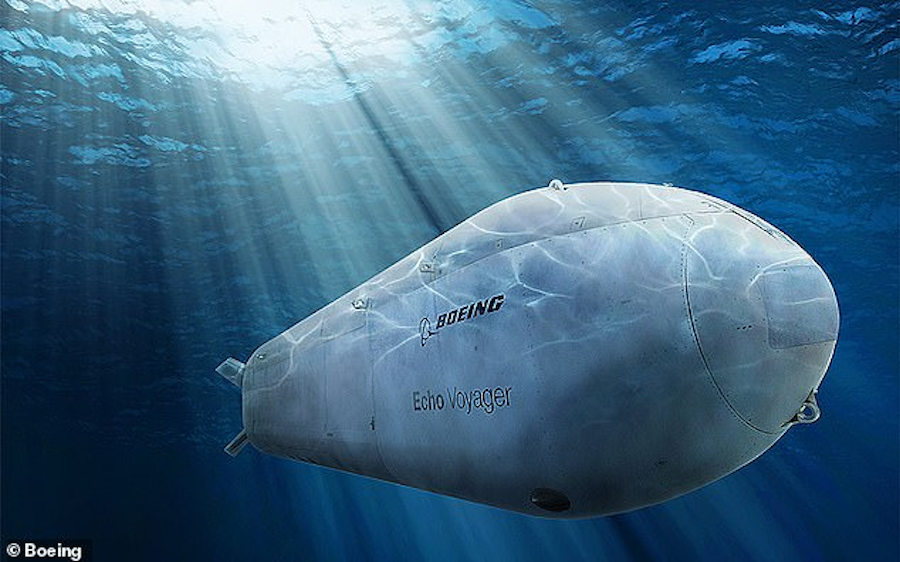 Boeing is building the Orca based on its autonomous Echo Voyager, which can operate at sea for months.

China also has an equivalent of Orca. The world first saw the latest HSU-001 large-displacement underwater vehicles in 2019, at the parade on the occasion of the 70th anniversary of the founding of the PRC. The demonstrated stealth drones, cruise missiles, hypersonic weapons did not particularly surprise anyone, by and large they were copied from analogues of the armies of other countries. Another thing is underwater robots. They aroused genuine interest abroad. I’m

The Chinese do not disclose technical characteristics. Observers can only guess about the capabilities of marine vehicles by their appearance. The submarine has twin propellers optimized for cruising.

Probably, HSU-001 was conceived as a device for long-range patrolling. The motors are hidden in the body, which, most likely, allows you to move vertically up, down, and even sideways. Before the demonstration of HSU-001 at the parade, one could only guess about the presence of unmanned submarines in China. There are no official details about the 2010 trials either.

The submarine can "see" not only what is happening around, but also what is happening above the water. This is supported by observation systems that are mounted on two masts and retract into the body when the drone dives. Sonar will detect the enemy at depth, and small notches on both sides can be part of a homing system that will notice any underwater object, including the "mother" submarine.

But it was not even the demonstration of the latest underwater drone that struck observers, but the fact that China began testing such underwater robots ten years ago. It is unlikely that anyone would seriously think that already in 2010, the PRC possessed weapons for hunting enemy submarines.

From tens, hundreds and even thousands of other, smaller robots, you can form a so-called swarm, which is very difficult to resist.

Such a tactic overturns previous ideas about naval combat, and the country that can implement it first will become the undisputed naval leader. It is planned that artificial intelligence will manage the swarm.

Swarming technology suggests that all drones must act as a single entity. Each swarm unit weighs just under 2kg, the drones can dive up to 50 meters and are equipped with temperature and pressure sensors, as well as GPS for location accuracy.

“For example, a command post sets a common task — to destroy an enemy aircraft carrier strike group. Artificial intelligence, which will control a swarm of underwater drones, solves this problem already in accordance with very specific and constantly changing circumstances. That is required to concentrate efforts on one of the directions. Then make a maneuver and transfer efforts to another direction. Then temporarily withdraw from the battle and mislead the enemy with demonstrative actions. 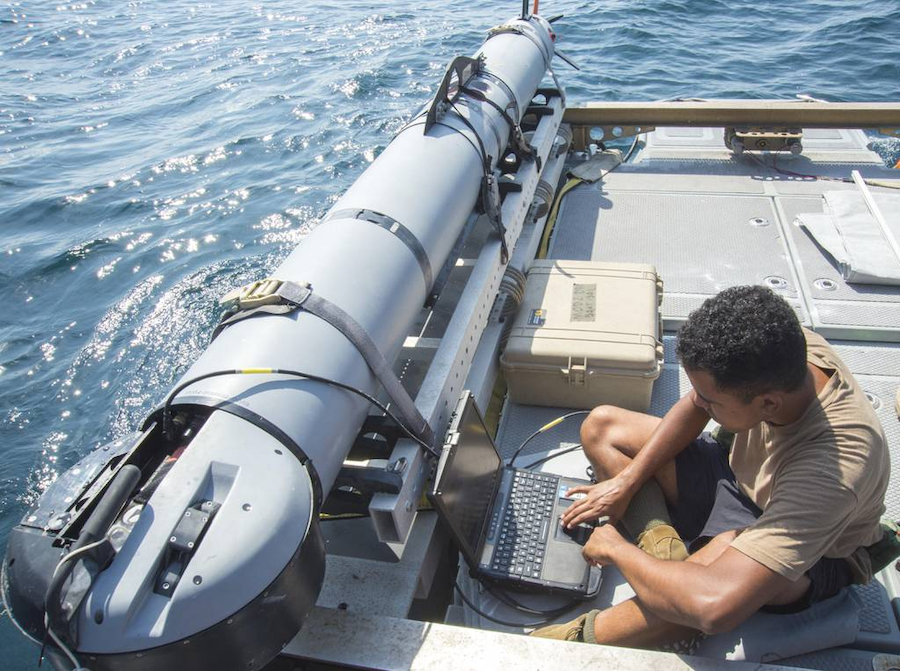 In addition to conducting hostilities, underwater drones search for mines at the bottom, reconnaissance, and guard. In the photo, a US Navy officer observes data from an unmanned underwater vehicle during an exercise.