Ubiquity is the Ubuntu desktop installer.

Ubiquity is the Ubuntu desktop installer. It is a simple graphical live CD installer designed to integrate with Debian- and Ubuntu-based systems.

On February 23, 2021, Ubuntu announced they were developing a new installer that would replace Ubiquity. The new installer was planned for release in April 2022. Ubuntu stated the Ubiquity installer would remain available in the Ubuntu archive for official flavors, remixes, or derivatives to continue using in their images.

Ubiquity is a graphical installer for Ubuntu, a Linux distribution.Ubiquity is written primarily in Python, using Debian-installer as a back end for many of its functions for ease of maintenance. It is normally invoked from a desktop icon and presents a wizard-style graphical user interface. Ubiquity must be run as root and will escalate privileges for itself as appropriate. Ubiquity has multiple front ends, including one written using GTK+ and one written for KDE. 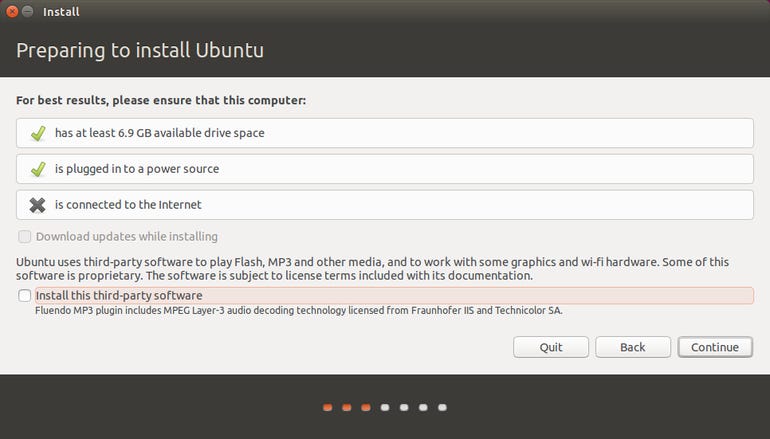 Ubiquity was first released in 2006. It was formerly known as "Espresso" and originally as "Ubuntu Express." Ubiquity draws on the work done on Ubuntu Express but was renamed to avoid confusion. Ubiquity has substantially diverged from Ubuntu Express and is now an independent project.

After initial development work by Guadalinex, Colin Watson did most of the development work on Ubiquity. Jonathan Riddell worked on the KDE front end, and Evan Dandrea later contributed work on migration-assistant and implemented much of its redesign. It is maintained by the Ubuntu Installer Team.

Ubuntu announces plans to develop a replacement for Ubiquity, due out in April 2022.
Ubiquity is released.

Ubuntu 15.10: A walk through the Ubiquity installer