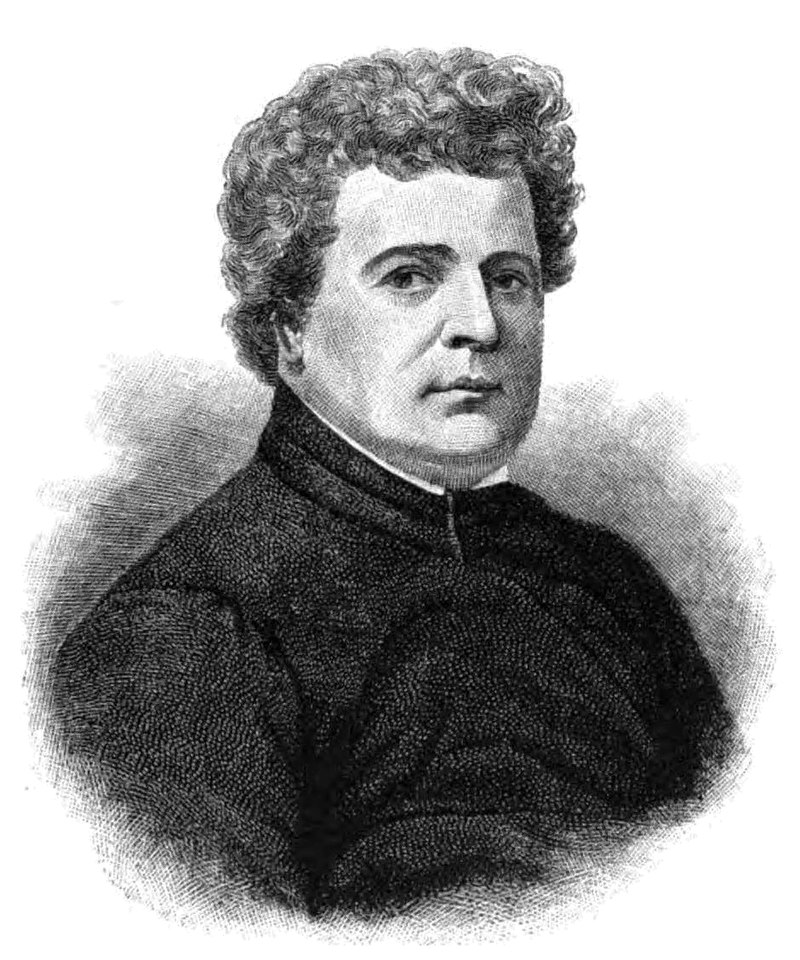 Mulledy was educated for the priesthood in Rome, before completing his education in the United States. He twice served as president of Georgetown College in Washington, D.C. At Georgetown, Mulledy undertook a significant building campaign, which resulted in Gervase Hall and Mulledy Hall (later renamed Isaac Hawkins Hall). He became the second provincial superior of the Maryland Province of the Jesuit order, and orchestrated the sale of the province's slaves in 1838 to settle its debts. This resulted in outcry from his fellow Jesuits and censure by the church authorities in Rome, who exiled him to Nice in the Kingdom of Piedmont-Sardinia for several years. While provincial superior, Mulledy was also the vicar general for the Diocese of Boston.

Following his return to the United States, Mulledy was appointed as the first president of the College of the Holy Cross in 1843 and oversaw its establishment, including the construction of its first building. Both in the United States and in Rome, he developed a reputation as combative and insubordinate, much to the discontent of his fellow Jesuits and his superiors. Others praised him for his administrative skills. In his later years, he was prolific in delivering sermons at Holy Cross, and played a role in seeing the college through investigations by the Know Nothing Party. He also served as pastor of St. John the Evangelist Church and president of St. John's Literary Institution in Frederick, Maryland, where he expelled a significant portion of the student body for protesting the strict discipline he imposed, leading to the school's permanent decline. He then was assigned as pastor of Holy Trinity Church in Georgetown, and briefly as the superior at Saint Joseph's College in Philadelphia.

Mulledy was appointed president of Georgetown College on September 14, 1829, following John William Beschter's brief leadership of the school. Several months before, Peter Kenney had been appointed apostolic visitor to the Jesuit mission in Maryland, and oversaw Mulledy, who was viewed cautiously by the Jesuit superiors in Europe for his ardent republicanism; at the same time, Mulledy was made a consultor to Kenney. When he assumed the presidency, the state of Georgetown was poor; the number of students had dropped to only 45. By 1834, this had rebounded to 140. 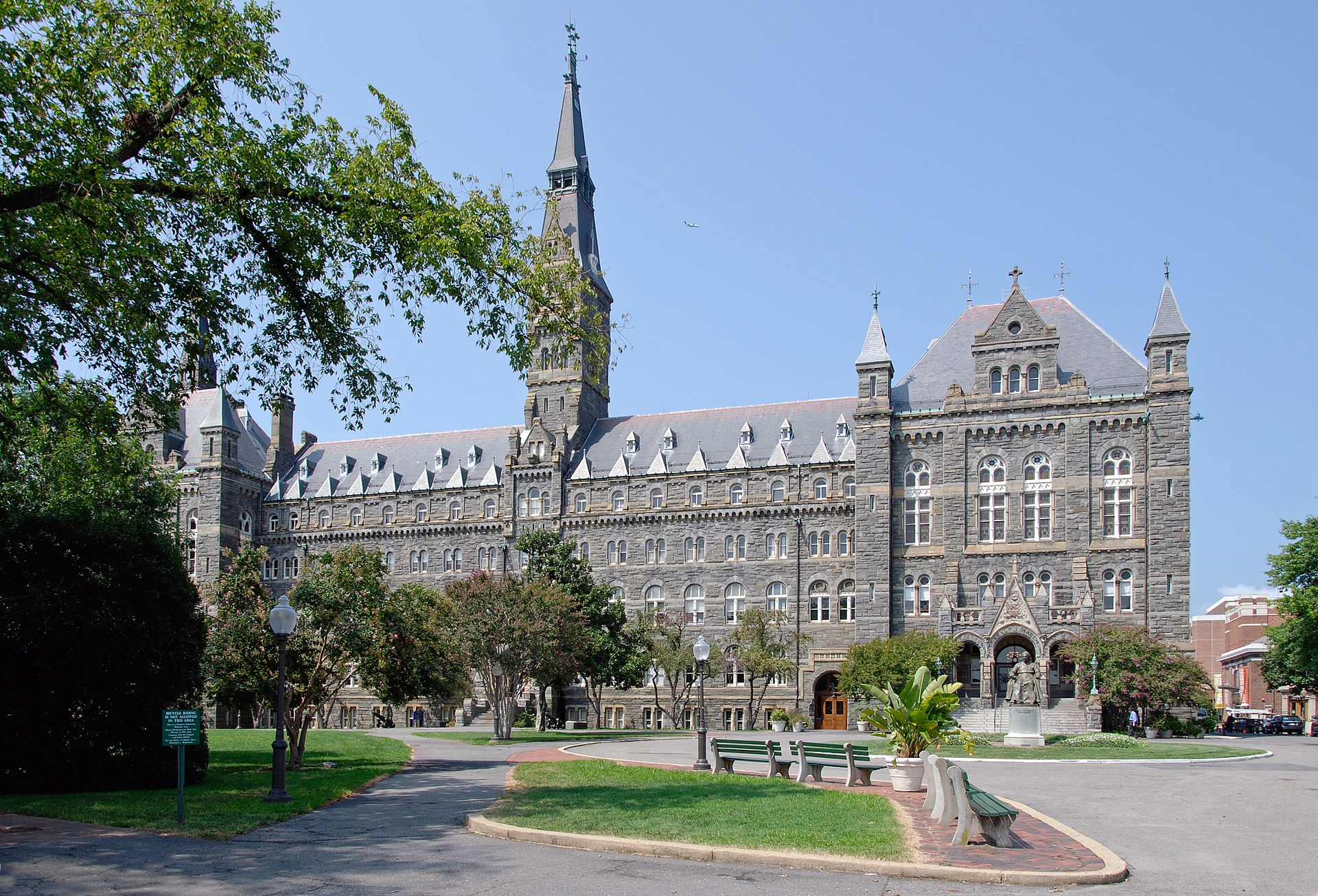 During his presidency, the Jesuit Ratio Studiorum was more fully implemented, primarily under the direction of the prefect of studies, George Fenwick. In May 1830, the first observation in the United States of the Month of Mary was undertaken by Georgetown's chapter of the Sodality of the Blessed Virgin, which had been founded in 1808 as the first chapter of the sodality in the United States. With a growth in the number of books owned by the university under Mulledy's presidency, he undertook to organize the 12,000 volumes in a single library room in Old North on February 16, 1831.

During Mulledy's tenure, Georgetown was frequently visited by congressmen and senators. On the whole, he was viewed as having effectively managed the college. Kenney reported back to Rome that Mulledy had been a successful administrator despite his "extremely impetuous enthusiasm and excessive patriotism." His first presidency of Georgetown ended in 1837, and he was succeeded by William McSherry.

Mulledy again took up the presidency of Georgetown on September 6, 1845, following his brother Samuel Mulledy. Soon thereafter, President James K. Polk requested that the Catholic Church send chaplains to minister to Catholic soldiers in the Mexican–American War; as a result, Mulledy's vice president and procurator left for the Rio Grande to minister to General Zachary Taylor's army.

In 1848, due to popular uprisings in the Italian states, many Jesuits fled Italy and took refuge for a time at Georgetown College, including the future famed astronomer Angelo Secchi and scientist Giambattista Pianciani. That same year, Mulledy resigned as president of the college, and was succeeded by James Ryder.

In October 1837, Mulledy was appointed the provincial superior of the Maryland Province of the Jesuits. He succeeded William McSherry, the province's first provincial, who in turn succeeded Mulledy as president of Georgetown College. His leadership of the province proved dissatisfactory to the European Jesuits in the United States who took issue with Mulledy's laxity in discipline, including failing to enforce sacred silence and permitting overindulgence of alcohol and visitation of female guests in the Jesuits' quarters.

In 1838, Bishop Benedict Joseph Fenwick appointed Mulledy vicar general of the Diocese of Boston, which he held simultaneously as provincial superior. He was considered by Bishop John Dubois as one of the potential choices for coadjutor bishop for the Diocese of New York, but ultimately John Hughes was selected over him in 1838.

Mulledy's building program left Georgetown College—and, by extension, the Maryland Jesuits—with considerable debt. Compounding the financial insecurity was that the Maryland Jesuits' plantations had been mismanaged and were not generating sufficient income to support the college. To rectify the province's finances, Mulledy, as provincial, sold nearly all the slaves owned by the Jesuit Maryland Province to two planters in Louisiana. This plan had been authorized by the Jesuit Superior General in Rome, Jan Roothaan,[18] in late 1838 on the condition that the slave families not be separated and that they be sold to owners that would allow them to continue in their Catholic faith. Mulledy executed the sale of 272 slaves to Jesse Batey and Henry Johnson on June 19, 1838.[54] Despite Roothaan's order, it soon became evident that families were, indeed, separated.

This sale provoked outcry among many of the province's Jesuits, who were opposed to slaveholding by the Jesuits and supported manumission of the slaves. These Jesuits sent graphic accounts of the sale to Roothaan, who was inclined toward removing Mulledy as provincial superior. William McSherry convinced Roothaan to delay his decision and, along with Samuel Eccleston (the Archbishop of Baltimore), tried to persuade Mulledy to step down. Roothaan even contemplated expelling Mulledy from the Society of Jesus, but was persuaded otherwise by Eccleston. By August 1839, Roothaan ordered McSherry to inform Mulledy that he had been removed, for the twofold reasons of disobeying orders and of promoting scandal.

By the time Roothaan came to this decision, McSherry had already convinced Mulledy to step down in late June and to go to Rome to explain himself to the church authorities. Mulledy resigned the day he received Roothaan's letter. McSherry was made the acting provincial, and was later elected provincial despite being severely ill and near death. Following Mulledy's meeting with Roothaan in Rome, he was assigned to teach English to young boys in Nice in the Kingdom of Piedmont-Sardinia, effectively as censure for his conduct in the slave sale affair. During his exile, Mulledy wrote to Roothaan of his feelings of loneliness and sense of being forgotten. 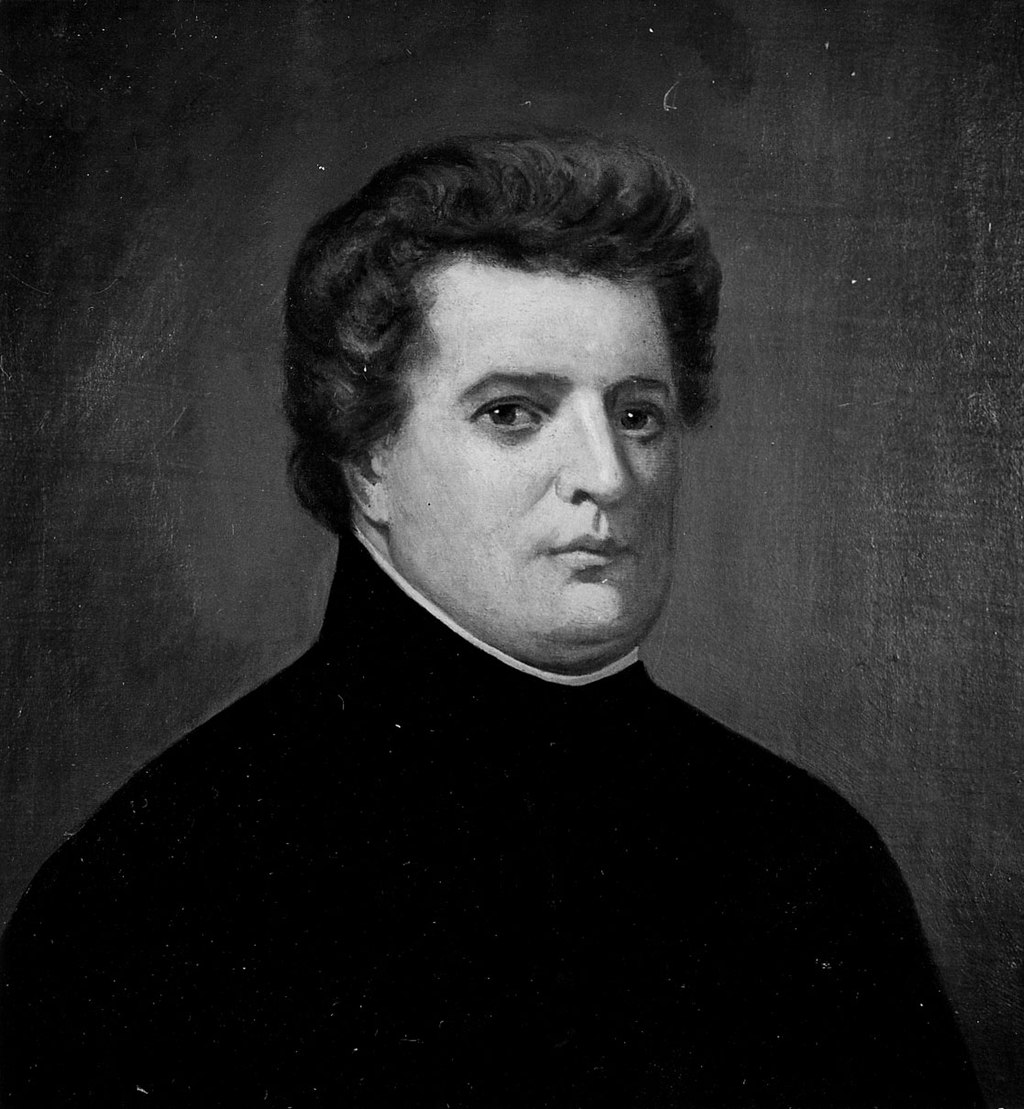 College of the Holy Cross

Bishop Benedict Joseph Fenwick of Boston established the College of the Holy Cross in Worcester, Massachusetts, in 1843. Following Roothaan's permission for Mulledy to leave Europe, Fenwick requested that Mulledy be appointed the first president of the college in 1843. Mulledy accepted this position and first arrived at Worcester on March 13, 1843.

He oversaw the construction of the school's first building, whose cornerstone was laid on June 21, 1843. Originally known as the College building, it was later named Fenwick Hall, and was entirely destroyed by fire in 1852. Regularly inspecting progress on the building's initial construction, he eventually moved to Worcester permanently on September 28, 1843. He first lived in a farmhouse at the foot of the hill on which the college was built, along with a Jesuit candidate and a Jesuit brother. The college building was completed on January 13, 1844. 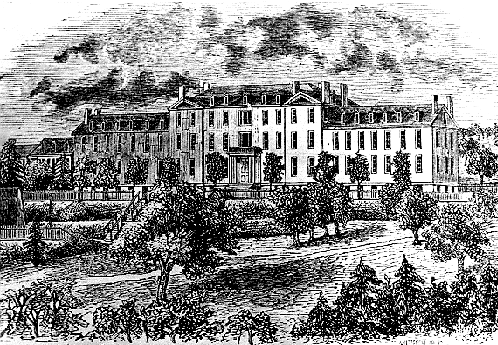 Within three months of the college's opening, Mulledy received directions from Fenwick to significantly curtail the college's expenses, admonishing him to exercise greater frugality. He was unable to offset operating costs with tuition fees and other income. In light of steadily increasing enrollment and accompanying overcrowding, the college was greatly aided by a donation of $1,000 from Andrew Carney in March 1844. Given Mulledy's worsening relationship with Fenwick, his presidency came to an end in 1845, and he returned to Georgetown; he was succeeded by James Ryder.