An interdisciplinary field of study that joins telecommunications with informatics. 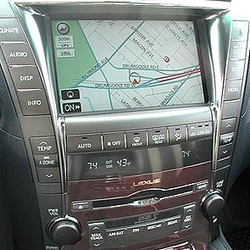 Telematics is the interdisciplinary field that joins telecommunications, a branch of technology including phone lines and cables, with informatics, the science of processing data for storage and retrieval. The term telematics is typically used in reference to the telematics solutions utilized in automobiles. The use of telematic systems within road vehicles is called vehicle telematics.

Vehicles often contain advanced computers capable of recording and reporting data such as speed, fuel usage, tire pressure, geographical location, etc. In vehicle telematics, these computers function as wireless telematics devices that collect and transmit data on vehicle use, maintenance requirements, and automotive servicing. In addition, the informational databases formed by the data collection and storage of telematics devices allow for the development of technologies such as self-driving cars, navigation systems, etc.

In addition to vehicle telematics, there are other, newer telematic applications, such as “mobile telematics”. This term refers to the industry focused on connecting smartphones to car computer systems in order to pull data and send this data to a user’s insurer using the phone’s wireless network.

The field of telematics was formed in the 1960s when the U.S. Department of Defense combined the scientific fields of telecommunication and informatics to develop GPS systems. These GPS systems were meant to track U.S. asset movements and improve communication on the battlefield. On the other hand, the term “telematics” was first coined by Simon Nora and Alain Minc in a 1978 report to the French government on the computerization of society. The term is a translation of the French word télématique.