Tel Aviv University is a large multidisciplinary university in Israel; the school has around 30,000 students studying across nine faculties, twenty-nine schools, 130 research institutions and ninety-eight departments. The university offers undergraduate and graduate programs as well as study abroad through their Ramat Aviv campus. They also provide a variety of short-term programs as well as doctorate and post-doctoral programs.The current president at Tel Aviv University is Ariel Porat.

The university hosts around 3,000 international students every year through TAU International, which provides undergraduate, graduate, masters, and doctoral programs and English-led curriculum.

The nine faculties housed by the university include: 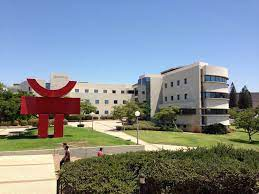 TAU also has an investment arm through TAU Ventures, a venture capital firm founded in 2018. The firm prefers to invest in companies operating in the technology sector.

The university was founded on August 16, 1953, when the Municipal Council of Tel Aviv-Jaffa decided to open a second University in Tel Aviv, and they changed the Biological-Pedagogical Institute into the Academic Institute of Natural Sciences. The new school would become the core of the university. It was located at the Abu Kabir campus in southern Tel Aviv and headed by Prof. Henrich Mendelssohn. In 1954 The Academic Institute of Jewish Studies was established and the university library was founded, along with new construction, research facilities, teaching staff and an increase in student numbers. In 1960, the school had seven departments authorized to grant a bachelor’s degree, one of which (microbiology) was also able to grant a master’s degree.

The first building of what was to become the TAU campus was built in 1959 to house the School of Law and Economics. The first president of the newly established Tel Aviv University was Dr. George S. Wise, in 1963. Tel Aviv University became incorporated in 1965, after first being a branch of the Hebrew University of Jerusalem. The university became fully accredited in 1969, and new faculties moved to the campus Ramat Aviv campus. By 1972, TAU had grown to nine faculties and around 12,000 students. The Dr George Wise presidency ended and he became the first TAU Chancellor.

The Municipal Council of Tel Aviv-Jaffa decided to open a second Univeristy in Tel Aviv, and the Biological-Pedagogical Institute bacame the Academic Institute of Natural Sciences.

Title
Author
Date
Publisher
Description
Cancer patients' own cells used to 3D print tumours to test treatments
August 19, 2021
The Indian Express
While previous research has used such "bioprinting" to simulate cancer environments, the researchers say they are the first to print a "viable" tumour.
Recordings of the magnetic field from 9,000 years ago teach us about the magnetic field today
Science X staff
August 16, 2021
phys.org
International research by Tel Aviv University, the Istituto Nazionale di Geofisica e Vulcanologia, Rome, and the University of California San Diego uncovered findings regarding the magnetic field that prevailed in the Middle East between approximately 10,000 and 8,000 years ago. Researchers examined pottery and burnt flints from archeological sites in Jordan, on which the magnetic field during that time period was recorded. Information about the magnetic field during prehistoric times can affect our understanding of the magnetic field today, which has been showing a weakening trend that has been cause for concern among climate and environmental researchers.
Humans behind extinction of hundreds of bird species over the last 50,000 years
Science X staff
August 12, 2021
phys.org
A new study from Tel Aviv University and the Weizmann Institute revealed that over the last 20,000-50,000 years, birds have undergone a major extinction event, inflicted chiefly by humans, which caused the disappearance of about 10 to 20 percent of all avian species. The vast majority of the extinct species shared several features: they were large, they lived on islands, and many of them were flightless.
Finding answers to the world's drinking water crisis
By Natalie Lisbona
August 1, 2021
BBC News
Scientists are racing to come up with technologies that can solve the world's clean water shortage.
Bats in Tel Aviv enjoy a rich variety of food
Science X staff
July 19, 2021
phys.org
A new Tel Aviv University study found that, like humans, bats living in Tel Aviv enjoy the wide variety and abundance of food that the city has to offer, in contrast to rural bats living in Beit Guvrin, who are content eating only one type of food. The study was led by research student Katya Egert-Berg, under the guidance of Prof. Yossi Yovel, head of Tel Aviv University's Sagol School of Neuroscience and a faculty member of the School of Zoology in the George S. Wise Faculty of Life Sciences and the Steinhardt Museum of Natural History, as well as a recipient of the 2021 Kadar Family Award for Outstanding Research. The study was published in the journal BMC Biology.
SHOW MORE