Support and resistance levels are important points in time where the forces of supply and demand meet. 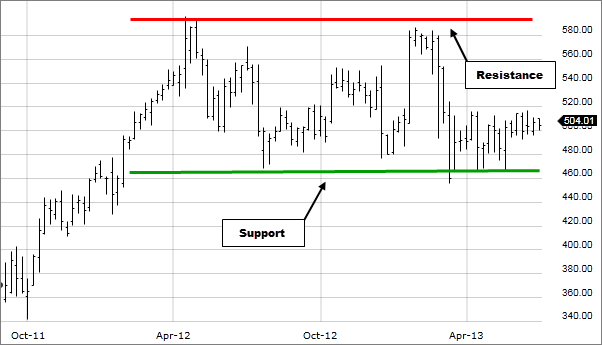 Resistance is the level at which supply is strong enough to stop the stock from moving higher. In the image above you can see that each time the price reaches the resistance level, it has a hard time moving higher. The rationale is that as the price rises and approaches resistance, sellers (supply) become more inclined to sell and buyers (demand) become less willing to buy.

Support is the level at which demand is strong enough to stop the stock from falling any further. In the image above you can see that each time the price reaches the support level, it has difficulty penetrating that level. The rationale is that as the price drops and approaches support, buyers (demand) become more inclined to buy and sellers (supply) become less willing to sell.

A key concept of technical analysis is that when a resistance or support level is broken, its role is reversed. If the price falls below a support level, that level will become resistance. If the price rises above a resistance level, it will often become support. As the price moves past a level of support or resistance, it is thought that supply and demand has shifted, causing the breached level to reverse its role. 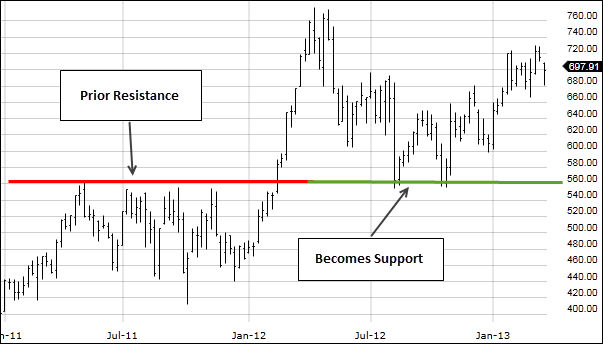 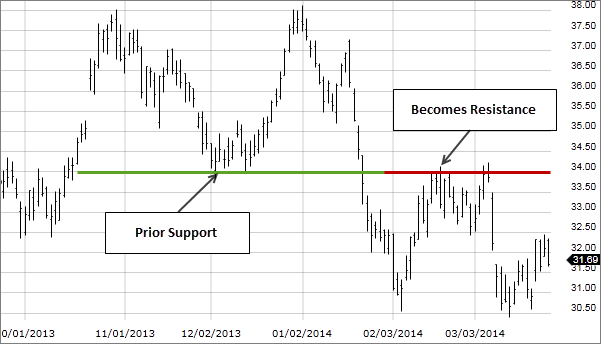 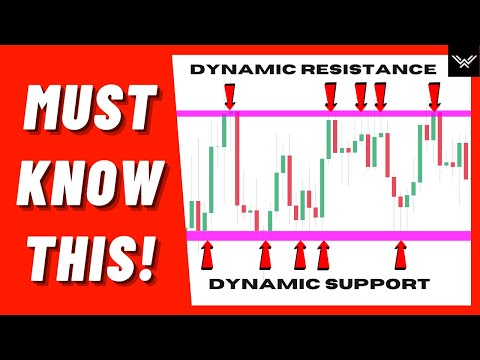 How To Find Support And Resistance Levels (Easily)