The Shanghai Maglev Train is a magnetic levitation train that operates in Shanghai.

Maglev trains run without touching the ground because it uses magnetic levitation technology. Less noise even if they speed up to 300 kph. It runs smoother than trains with wheels, and it is environmentally friendly.

The inside of the trains resembles a plane. Enough space for passengers and they can adjust the temperature of the air-conditioning. 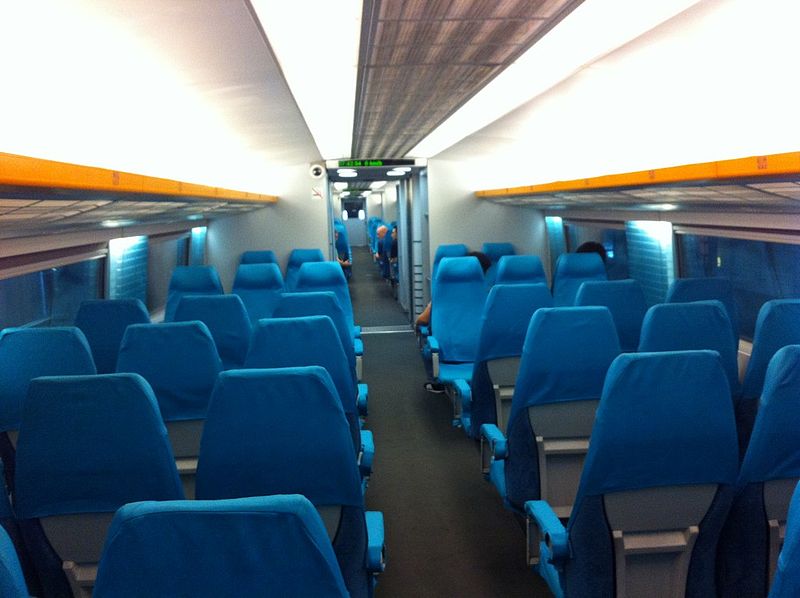 It takes 7 minutes and 20 seconds to travel from Longyang Road station to Pudong International Airport. The distance is 30 km. (18.6 mi).