Secret Network is an open-source protocol that performs computations on encrypted data, bringing privacy to smart contracts and public blockchains.

Secret Network is an open-source protocol that performs computations on encrypted data, bringing privacy to smart contracts and public blockchains. The protocol is built with Cosmos SDK network and leverages proof-of-stake using Tendermint's Byzantine fault-tolerant consensus algorithms. Secret Network was founded by Tor Bair in 2020 as a part of Secret Foundation, an organization dedicated to building, researching, and scaling open-source, privacy-first technologies.

SCRT is Secret Network's governance token. It is used for staking, voting, and paying network transaction fees. SCRT is also used for operating a node in the network, and the validators get rewards plus a part of the transaction fees from token swaps. Its delegated proof-of-stake system allows non-node-operating token holders to delegate their SCRT to a validator in order to receive a share of the network rewards.

Secret Network's smart contracts are referred to as Secret Contracts. They let DApps utilize private data on the platform. Secret Contracts are able to transfer encrypted inputs right into encrypted outputs without the threat of exposing the data. This is possible as a result of the encrypted contract states during the execution. 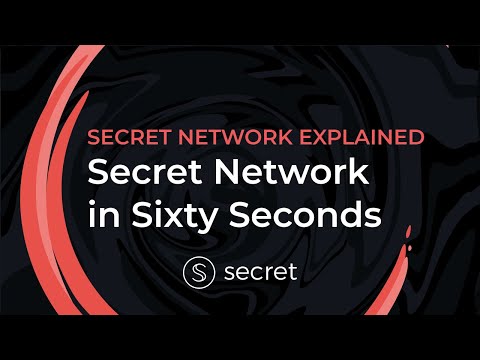 How Does Secret Network Work - in Sixty Seconds

Title
Author
Date
Publisher
Description
Shooting for greater privacy in DeFi, Sienna Network launches SiennaSwap
Mike Butcher
October 7, 2021
TechCrunch
The rise of privacy-oriented financial blockchain projects are going to be crucial if "DeFi" (decentralized finance) is to have any kind of future. We have come to expect privacy in our "normal" financial lives, so we will expect it in the blockchain and Crypto world, whatever some might claim. We saw murmurs of that starting [...]