P2E game with unique ecosystem in which ordinary people can earn, learn, play and immerse themselves.

If you would like to know where to buy SafeHamsters at the current rate, the top cryptocurrency exchanges for trading in SafeHamsters stock are currently PancakeSwap (V2), and Dex-Trade. You can find others listed on our crypto exchanges page.

Safehamster$ offers a complete ecosystem of services comprising a memecoin basic token SAFEHAMSTER that not a “memecoin as it” , staking and yield farming platform to combine all other cryptopets from market, token swap platform, nft marketplace and blockchain-based NFT game. Safehamster$ will function as a first global “fun&rich” blockchain ecosystem.Introduction

The idea behind the name of the project : “Safe” (to save, protect), “Hamsters” (in the cryptoindustry, this is usually the name for newcomers who lose money on scam projects and rate manipulations)

The market opens up new development paths and blockchain opportunities. Unfortunately, many projects with good ideas and technologies turn out to be scammers. Many people like the symbolism of these projects, but people are losing money there. Such people began to be called “hamsters”. We decided to stand up for them and create the SafeHamsters project.

The goal of our project is to become the first global blockchain ecosystem based on the principle of “Fun & Rich”, unite the most popular and effective services to provide income for each of the participants in this ecosystem. Combining this with the ease of implementation, the interconnection of DeFi services and training for even greater mass adoption on the crypto market.

Basic fundamental token is SafeHamsters, around which the entire ecosystem is built. It was originally created as a memecoin for greater audience coverage, but in fact it is not, since it has applicability in all services of an ecosystem called SafeHamsters Planet. 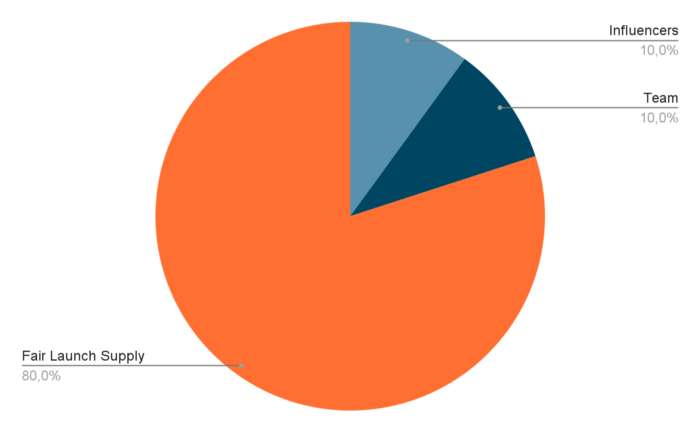 In each trade, the transaction is taxed a 10% fee, which is split 2 ways:

5% fee = redistributed to all existing holders

5% fee is split 50/50 half of which is sold by the contract into BNB, while the other half of the Safehamsters tokens are paired automatically with the previously mentioned BNB and added as a liquidity pair on Pancake Swap.

Token burn algorithm is provided (in our case, called “Hamsters release” because we are an environmentally friendly project) with the implementation of the Staking / Farming platform.

The advantage of holding

Beyond receiving % from every transaction when holding tokens, the holder will be able to use them in the future for farming, generating unique NFTs, and using them to upgrade their combat characters in our blockchain based TAE game.

Also, the holder can provide liquidity through the liquidity pool on the exchange, which will allow. General conclusion; the longer you hold, the more safehamsters you get in your wallet.

The SafeHamsters Planet ecosystem is built in such a way that each of the services can reach different audiences, thereby helping to achieve the maximum market capitalization of the project. Includes (by steps of implementation and applicability) :

- Own NFT marketplace with narrow specialisation

- Battle Arena (game platform built with an updated NFT algorithm for leveling the skills of game characters for single and team mechanics of the game.)

- All in One App ( includes Wallet, Staking/Farming, Swap, Gaming) with ease of use that even a child can handle.

- Harnessing the potential of NTF will provide a lot of interesting content that will attract many gamers and fans of this kind of mechanic.