Passages from the Correspondence and Other Papers of Rufus W. Griswold

Griswold considered himself an expert in American poetry and was an early proponent of its inclusion on the school curriculum. He also supported the introduction of copyright legislation, speaking to Congress on behalf of the publishing industry, but he was not above infringing the copyright of other people's work. A fellow editor remarked "even while haranguing the loudest, [he] is purloining the fastest".

Edgar Allan Poe, whose poetry had been included in Griswold's anthology, published a critical response that questioned which poets were included. This began a rivalry which grew when Griswold succeeded Poe as editor of Graham's Magazine at a salary higher than Poe's. Later, the two competed for the attention of poet Frances Sargent Osgood. They never reconciled their differences, and after Poe's mysterious death in 1849, Griswold wrote an unsympathetic obituary. Claiming to be Poe's chosen literary executor, he began a campaign to harm Poe's reputation that lasted until his own death eight years later.

Rufus Wilmot Griswold (February 13, 1815 – August 27, 1857) was an American anthologist, editor, poet, and critic. Born in Vermont, Griswold left home when he was 15 years old. He worked as a journalist, editor, and critic in Philadelphia, New York City, and elsewhere. He built a strong literary reputation, in part due to his 1842 collection The Poets and Poetry of America. This anthology, the most comprehensive of its time, included what he deemed the best examples of American poetry. He produced revised versions and similar anthologies for the remainder of his life, although many of the poets he promoted have since faded into obscurity. Many writers hoped to have their work included in one of these editions, although they commented harshly on Griswold's abrasive character. Griswold was married three times: his first wife died young, his second marriage ended in a public and controversial divorce, and his third wife left him after the previous divorce was almost repealed. 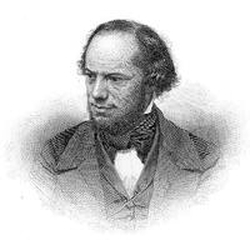