POCO brings you into the new gaming world.

POCO brings you into the new gaming world. Let's immerse yourself in Pocoland when leading the powerful team with 5 Poco warriors owning different elements, defeat your enemies then collect the huge reward by POCO token on Binance Smart Chain and crosschain on Polygon!

Create yourself unique POCO warriors and train them to fight on the battlefield! When you become the winner of any battles, you will earn $Poco, $PocoLove token, especially have chance to receive materials, items...Take it to NFT market then you can gain more profit

Pocoland (POCO) are community based games, which means everything will be decided through a voting mechanism to ensure that only the best features and experiences are added to the games for our players.

The global gaming market was valued at US$173.70 billion in 2020 and is expected to reach US$314.40 billion by 2026, with a CAGR of 9.64% over the forecast period (2021-2026). Due to the nationwide lockdown, people are staying at home and some are turning to gaming platforms to pass the time. These platforms attract more than hundreds and thousands of new visitors to online traffic. Mobile games alone have attracted more than 2.5 billion players in 2020, greatly increasing the number of traditional players. 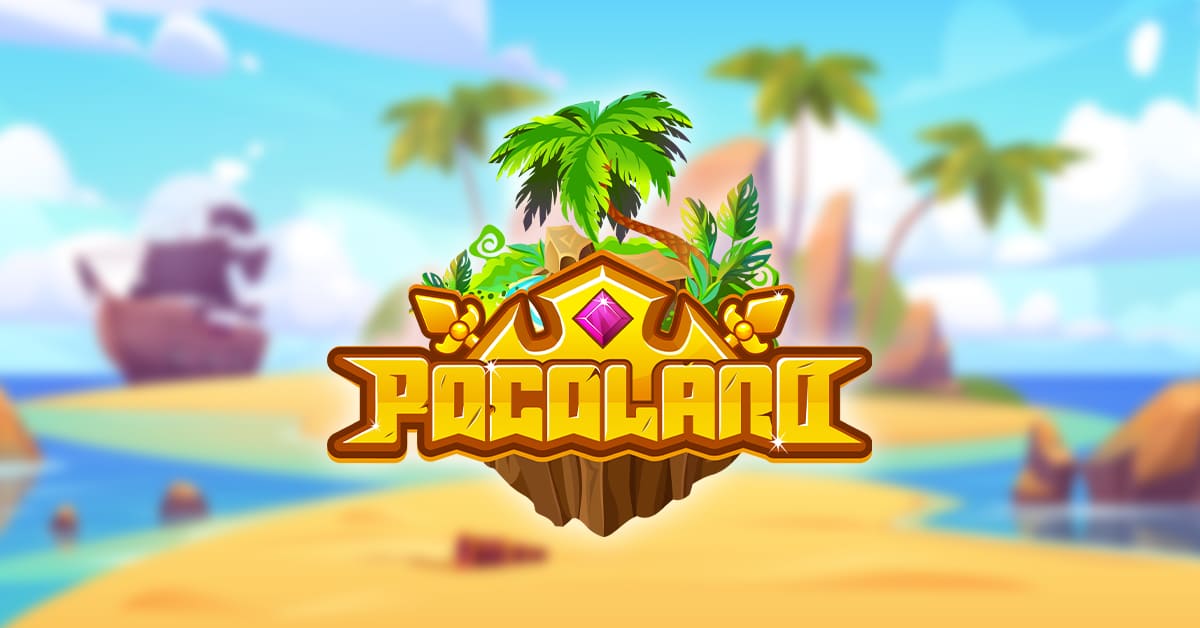 On the other hand, earlier this year we saw Bitcoin topping out at ~$65,000 and a cohort of altcoins gaining value, creating tremendous value for people all over the world. From these two, crypto games were born that are destined to become mainstream and have great potential in a planet with 3 billion players and half a billion unemployed. If over the past decade, Crypto Kitties debuted in 2017, setting the tone for the entire market, then in 2021, Axie Infinity has taken big steps to beat even the gaming community. However, the blockchain games market is still too small compared to the entire gaming market.

A key difference from related offerings such as PUBG, LOL and DOTA is that NFT game players can earn income directly through online gameplay while also supporting the game's ecosystem. 90% of competitive players are intrigued by the possibility of earning income while

We are witnessing the dawn of a new day and era in which a global pandemic has forever changed many aspects of people's lives, leaving many unemployed, and hastened the process of replacing traditional jobs. At first glance this seems to be on a negative trend, but this coincides with the growing popularity, with a large number of people who are now staying at home turning their attention to becoming a crypto day trader or, now, a crypto player to find sustainable source of income. There is no better way to spend your days at home than to earn money by playing the best and latest cryptocurrency games. Unlike traditional games where all your efforts and achievements can be wasted if you get bored and decide to switch to another game.

After that, players are free to earn their earnings through gameplay, or perhaps even re-invest in another game. Poco aims to be

the next, new and improved, second generation offering an expanded alternative channel for the Play to Earn genre to a wider audience and community.

NFT games are blockchain-based games with in-game asset encryption that allows players to collect them as non-fungible tokens (NFTs).

Some of these games reward players with cryptocurrencies, while others allow players to collect in-game NFTs that can then be sold for

potential profit. Our Poco is one of those NFT games that provides players with tokens through skillful gameplay and donations to the

Pocoland (POCO) was created with the goal of expanding and satisfying the growing craving for crypto gaming while meeting the need for entertainment. To do this, we create a virtual world filled with adorable Poco creatures, as well as a whole network of supporting ecosystems with addictive gameplay, a diverse set of support equipment and equipment, and a real-time trading environment. And that's not all we offer. In order to create the perfect game that every player dreams of, we will allow players to take part in creating this amazing world with us. All digital assets and data will be open source, allowing easy access for anyone who wants to contribute to the construction.

Using Blockchain technology along with the working mechanism of NFT, we can create a dynamic trading and exchange environment where players can earn in several ways:

-Collecting, breeding and selling your Poco will earn you a token.

-By competing and winning in PvP battles, daily tasks and quests, your team will also receive victory tokens.

-Other collectibles such as machinery and equipment and virtual real estate can be bought and sold for profit.

-Our leaderboard system also offers a reward pool for our top ranked players.

-Our Poco tokens are available for exchange on various exchanges for other cryptocurrencies or fiat currencies.

Blockchain games in this segment include:

Sandbox: A 3D open world inspired by Minecraft. This game is based on the public Ethereum blockchain that allows a Metaverse where players can play, rent out virtual real estate "EARTH", develop their own creations and spend ERC-20 tokens in the SAND game, creating a marketplace - the only one that monetizes your creativity and platform skills.

A strong focus on decentralization, the core idea of ​​cryptocurrency, allows the native SAND token to be used in the game to realize its five functions: buy, trade, play, create and manage.

The main problem with Sandbox is decentralization. Since the developers used pre-mining, the question of the SAND transaction processing on the platform remains open. There is no information so far from what authentication algorithm will be used and how the platform will incentivize processing nodes. It seems that the recording of transfers in the blockchain is carried out centrally.

My Neighbor Alice: An open world game with a strong visual identity based on positive imagery and appeal, aimed at inexperienced non-blockchain players as the 12 main target group. Also caters to an underserved market, women who make up a large player base but with less intentionally crafted content. As a result, this game does not appeal to many male players.

Axie Infinity: A game with cute graphics, similar gameplay. It is also not only for blockchain experts. And we're excited that Axie Infinity has a similar goal of allowing users to participate in the management of game development. The gameplay of Axie Infinity is very similar to Poco, but with the subsequent development, we have identified and fixed quite a few issues of Axie Infinity.

The downside when comparing Axie to Poco is that the transaction costs of an NFT exchange are relatively high at around 4.25%. The number of transactions is not limited, which eventually leads to mild inflation. By comparison, Poco's transaction fees are much lower than Axie's, around 3.5%. In addition, Poco will take steps to avoid inflation. For example, the upgrade mechanism.

In addition, Poco is the first game for a large global audience of players in general. Absolutely no prior knowledge of cryptocurrencies is required. Because of this, we are comparing mainly with the regular gaming market and targeting the same players. There is a much larger audience than before in the field of blockchain games, and the greater revenue opportunities that come with it.