The pineapple (Ananas comosus) is a tropical plant with an edible fruit; it is the most economically significant plant in the family Bromeliaceae. The pineapple is indigenous to South America, where it has been cultivated for many centuries. The introduction of the pineapple to Europe in the 17th centurymade it a significant cultural icon of luxury. Since the 1820s, pineapple has been commercially grown in greenhouses and many tropical plantations.Pineapples grow as a small shrub; the individual flowers of the unpollinated plant fuse to form a multiple fruit. The plant is normally propagated from the offset produced at the top of the fruit, or from a side shoot, and typically mature within a year.The pineapple is a herbaceous perennial, which grows to 1.0 to 1.5 m (3 ft 3 in to 4 ft 11 in) tall, although sometimes it can be taller. The plant has a short, stocky stem with tough, waxy leaves. When creating its fruit, it usually produces up to 200 flowers, although some large-fruited cultivars can exceed this. Once it flowers, the individual fruits of the flowers join together to create a multiple fruit. After the first fruit is produced, side shoots (called 'suckers' by commercial growers) are produced in the leaf axils of the main stem. These suckers may be removed for propagation, or left to produce additional fruits on the original plant. Commercially, suckers that appear around the base are cultivated. It has 30 or more narrow, fleshy, trough-shaped leaves that are 30 to 100 cm (1 to 3+1⁄2 ft) long, surrounding a thick stem; the leaves have sharp spines along the margins. In the first year of growth, the axis lengthens and thickens, bearing numerous leaves in close spirals. After 12 to 20 months, the stem grows into a spike-like inflorescence up to 15 cm (6 in) long with over 100 spirally arranged, trimerous flowers, each subtended by a bract.The ovaries develop into berries, which coalesce into a large, compact, multiple fruit. The fruit of a pineapple is usually arranged in two interlocking helices, often with 8 in one direction and 13 in the other, each being a Fibonacci number.The pineapple carries out CAM photosynthesis, fixing carbon dioxide at night and storing it as the acid malate, then releasing it during the day aiding photosynthesis. 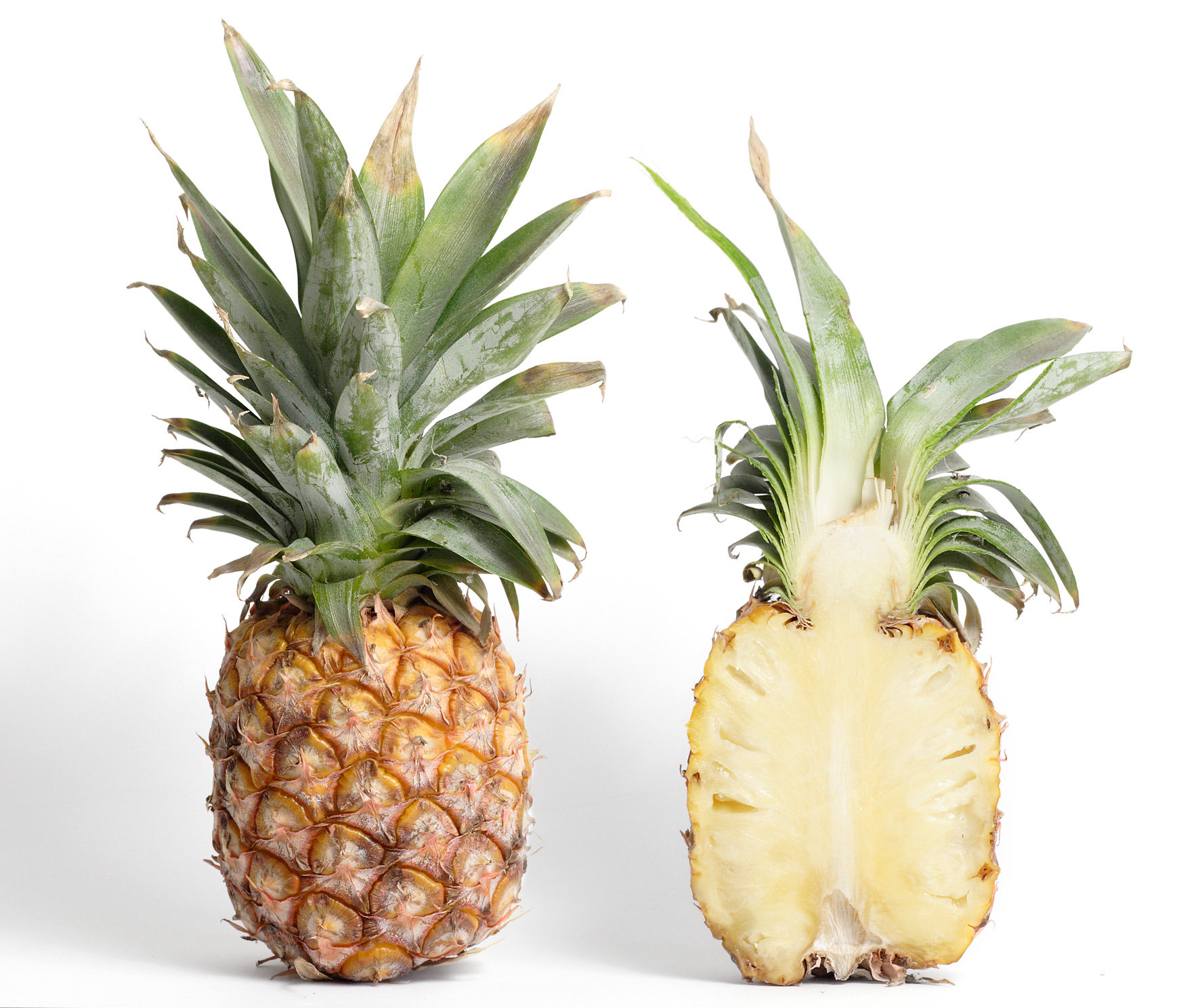 Search on Google
Search on Bing
Title
Author
Date
Publisher
Description
Spindrift Spiked Wants You to Have the Perfect Summer
Spindrift
June 16, 2021
www.prnewswire.com:443
/PRNewswire/ -- The perfect summer is made up of perfect days. Spindrift Spiked is giving away everything you need to enjoy a perfect day at the beach, by the...
Diabetes Diet: Can Diabetics Eat Pineapple? Our Expert Tells
May 13, 2020
NDTV.com
Diabetes diet: Fruits are high in natural sugar. Diabetics should eat foods which do not affect blood sugars negatively. Is it healthy for diabetics to eat pineapple? Let's find out.
Constant Cough Irritating You? Try This Fruit Juice For Quick Relief
Invalid Date
NDTV.com
Pineapple juice for cough: According to a 2010 study, nutrients in pineapple juice can help in soothing symptoms of cough or cold. Pineapple juice was part of an effective treatment for tuberculosis. It was found to soothe the throat and dissolve mucus.
Ultra-affordable ultrasound startup M-SCAN wins TechCrunch Startup Battlefield Africa
Mike Butcher
Invalid Date
TechCrunch
TechCrunch Startup Battlefield Africa just finished in Lagos, Nigeria, where 15 companies took the stage for the chance of winning the $25,000 equity-free grand prize, a trip for two to TechCrunch Disrupt San Francisco 2019 and the coveted title of "Africa's Favorite Startup." The winne...