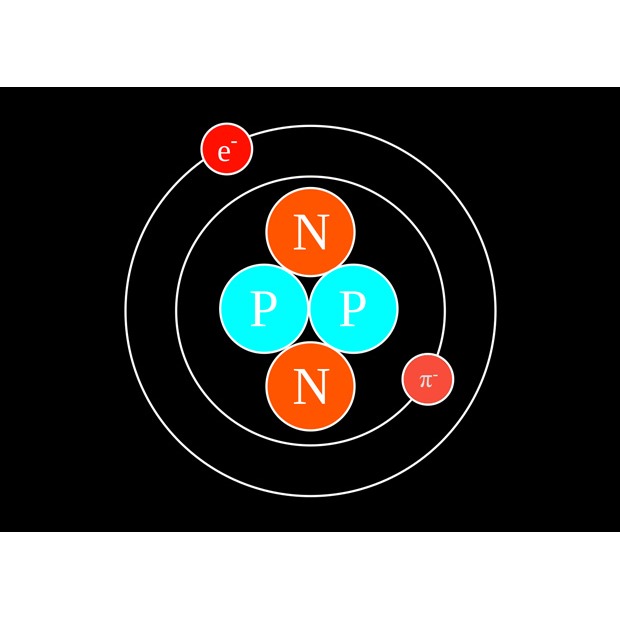 Physicists from Canada, China and Russia have made detailed calculations of the energies and widths of several levels of pion helium. In their calculations, they achieved a relative error of four parts per billion, which is almost a thousand times more accurate than previous calculations. This accuracy will be sufficient for the upcoming experiment with pion helium to significantly improve the value of the pion mass. The study is published in Physical Review Letters.

Different areas of experimental physics have their own level of accuracy. For example, in particle physics, relative errors of one ten-thousandth are considered record-breaking, while precision atomic spectroscopy boasts a value of 10-15. For this reason, physicists are actively looking for opportunities to apply the achievements of spectroscopy to other areas.

Much work in this direction is associated with the spectroscopic study of exotic atoms, that is, bound states not only of the usual electrons, neutrons and protons, but also of less long-lived particles. We have already described how physicists were able to take the spectra of muonic atoms, antihydrogen, muonium, antiproton and pion helium. These studies make it possible not only to verify the fulfillment of various symmetries, but also to measure the masses of particles and their ratios with an accuracy unattainable in elementary particle accelerators.

For example, the relative error in measuring the pion mass today reaches a millionth. It is determined by the widths of the spectral lines that were measured by the experimenters. Now they are busy looking for new lines and new conditions for the experiment, and it is expected that future accuracies will increase by three orders of magnitude. This means that theorists also need to improve their formulas.

A group of physicists from Canada, China and Russia, with the participation of Vladimir Korobov from the Joint Institute for Nuclear Research in Dubna, decided to do this. Focusing on the expected accuracy of the experiment with pion helium, which will soon be carried out at the Paul Scherrer Institute, theorists have reduced the relative error in calculating the spectral lines of this exotic atom to a few fractions of a billion.

Experimenters produce pion helium by irradiating a target with liquid helium with pions. With some probability, a pion displaces an electron in a helium atom, forming a bound state πHe+. In the case when a pion is retained in a high-lying (principal quantum number n of the order of 16) circular (orbital quantum number l is close to n) orbit, the exotic atom exists long enough to be able to study its spectra. Then the pion relaxes, which leads to the emission of an Auger electron and absorption by the pion nucleus, followed by decay. This process determines the level widths.

To calculate the frequency of a spectral line, one must first know the energy of each of the two states that have their own pair of quantum numbers (n, l). Physicists use the apparatus of quantum electrodynamics for this, in which the answer can be represented as an expansion of the expression for energy in powers of the fine structure constant α (for more information on how this happens, read the material “A gap in the armor”). The declared accuracy required the authors to include terms of the fourth and fifth order in the sum, which no one has yet done for pion helium.

The fourth-order terms contained relativistic and radiative corrections, and to calculate the fifth-order corrections, physicists used formulas derived for the hydrogen atom - this approximation turned out to be sufficient to achieve the required accuracy. The lower-order terms, in addition to the eigenvalues ​​of the nonrelativistic three-particle Hamiltonian, contained corrections for recoil, finite sizes of the helium and pion nuclei, and leading radiative corrections.

The constructed theory made it possible to calculate the energies and widths of several levels of pion helium, as well as the frequencies and widths of the corresponding spectral lines, with a relative error of four billionths, which is almost a thousand times more accurate than previous calculations. The authors paid special attention to the (17,16) → (16,15) transition, which is expected to be studied in detail by experimenters from the Paul Scherrer Institute. Its frequency was 1,125,306.339 4(45) gigahertz. Scientists have not forgotten about the frequency shift caused by collisions of an exotic atom with neighboring atoms (mainly helium atoms). For a target density of 2 × 1018 atoms per cubic centimeter, the corresponding shift turned out to be 1.14 × 10 −8 gigahertz.

Exotic atoms are studied not only by their spectra, but also by their decay products. An example of this can be the search for CPT symmetry violations in the decays of orthopositronium, which we talked about some time ago.

Enter a brief description of Physics

So You Want to Learn Physics... 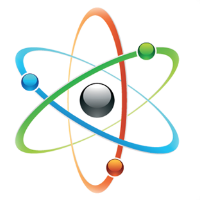 Enter a brief description of Physics