Oleg Ivanovich Yankovsky (23 February 1944 – 20 May 2009) was a Soviet and Russian actor who had excelled in psychologically sophisticated roles of modern intellectuals.[1] In 1991, he became, together with Sofia Pilyavskaya, the last person to be named a People's Artist of the USSR. 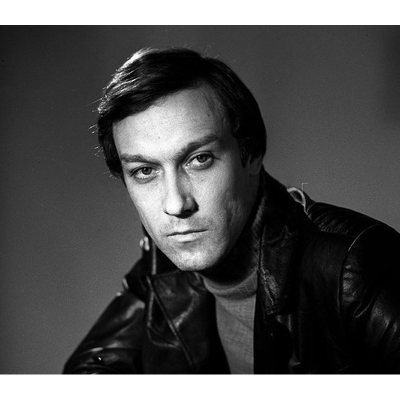 Oleg Ivanovich Yankovsky (23 February 1944 – 20 May 2009) was a Soviet and Russian actor who had excelled in psychologically sophisticated roles of modern intellectuals.[1] In 1991, he became, together with Sofia Pilyavskaya, the last person to be named a People's Artist of the USSR.

Oleg Ivanovich Yankovsky was born on 23 February 1944 in Jezkazgan, Kazakh SSR (now Kazakhstan). His family was of noble Russian, Belarusian and Polish ancestry. His father, Ivan Pavlovich, was Life-Guards Semenovsky regiment's Stabskapitän. Yankovsky's father was arrested during the purges in the Red Army after the Tukhachevsky case and was deported with his family to Kazakhstan, where he died in the camps of the Gulag system.

After the death of Stalin, the Yankovsky family was able to leave Central Asia for Saratov. Oleg's eldest brother, Rostislav, after graduating from the Saratov Theater School, went to Minsk to play at the Russian Theater. He took 14-year-old Oleg with him due to financial concerns, as in the family there was only one breadwinner – middle brother Nikolay. In Minsk, youngest Yankovsky made his debut on the stage – it was necessary to substitute the sick performer of the episodic role of the boy in the play The Drummer.

After leaving school, Yankovsky returned to Saratov, where in 1965 he graduated from the Saratov Theater School. After graduation, he was accepted into the troupe of the Saratov Drama Theater, where for eight years of work he played a number of leading roles. After success in the role of Prince Myshkin in the play The Idiot in 1973, he was invited to the Lenkom Theatre.

Yankovsky's film career was launched when he was cast in two movies The Shield and the Sword (1968) by director Vladimir Basov about World War II and Two Comrades Were Serving (1968) by Yevgeni Karelov about Russian Civil War.

During his prolific screen career, Yankovsky appeared in many film adaptations of Russian classics, notably A Hunting Accident (1977) and The Kreutzer Sonata (1987). A leading actor of Mark Zakharov's Lenkom Theatre since 1975, he starred in the TV versions of the theatre's productions, An Ordinary Miracle (1978) and The Very Same Munchhausen (1979) being the most notable. For his role in Roman Balayan's Flights in Dreams and Reality (1984), Yankovsky was awarded the USSR State Prize. He has been better known abroad for his parts in Tarkovsky's movies Mirror (as the father) and Nostalghia (in the main role).

In the early 1990s, Yankovsky also played quite different roles in Georgiy Daneliya’s tragic comedy Passport (1990) and in Karen Shakhnazarov’s historical and psychological drama The Assassin of the Tsar (1991). In 1991, he was the President of the Jury at the 17th Moscow International Film Festival.

Starting in 1993, Yankovsky ran the Kinotavr Film Festival in Sochi. He continued to receive awards for his work with several Nika Awards from the Russian Film Academy for his directorial debut Come Look at Me (2001) and Valery Todorovsky's Lyubovnik (2002). He appeared as Count Pahlen in Poor Poor Paul (2004) and as Komarovsky in a TV adaptation of Doctor Zhivago (2006), directed by Oleg Menshikov.

The last film Yankovsky appeared in was Tsar, which was released in 2009 and demonstrated at the Cannes Film Festival on 17 May 2009, just three days before his death. Yankovsky played the sophisticated role of Metropolitan Philip in his last film.

On 20 May 2009, Yankovsky died from pancreatic cancer in Moscow, aged 65. A civil funeral took place at Lenkom theater. His burial was held on 22 May 2009 at Novodevichy Cemetery in the presence of his close relatives only. 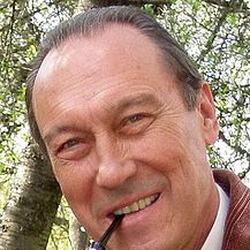