Bruns Nikolaus (1665 – 29 March 1697) was a Danish-German organist, violinist and composer. He was one of the most distinguished organists and composers of his generation.

Bruns was born in the German town of Schwabstedt, a small settlement near Husum. He came from a family of musicians and composers. His grandfather, Paul (died 1655), worked as a lute player in Lübeck. Bruns' father was an organist in Schwabstedt. Nikolay was, apparently, a child prodigy: he could play the organ and compose competent works for keys and voice at an early age. He probably received his first music lessons from his father.

At sixteen, Bruns, along with his younger brother Georg, was sent to Lübeck to live with his uncle Peter 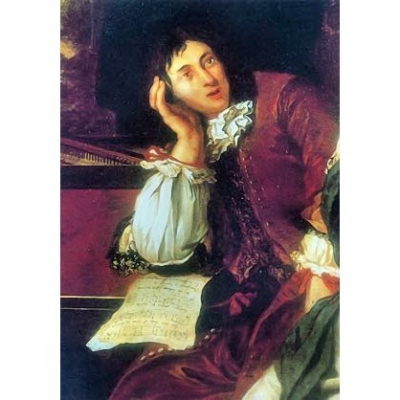