Mythology differs from folklore: myth is a set of ideas about the world, accepted by the bearer of mythological consciousness for real and unquestionable knowledge, unlike folklore, which is not obliged to be perceived as something truthful and life-like. Folklore is an artistic and aesthetic representation of the world and, being a kind of creation of mythology, it retains certain of its features, but does not become equal to it.

The main task of the myth is to set patterns, models for every important action performed by a person, the myth serves to ritualize everyday life, enabling a person to find meaning in life. 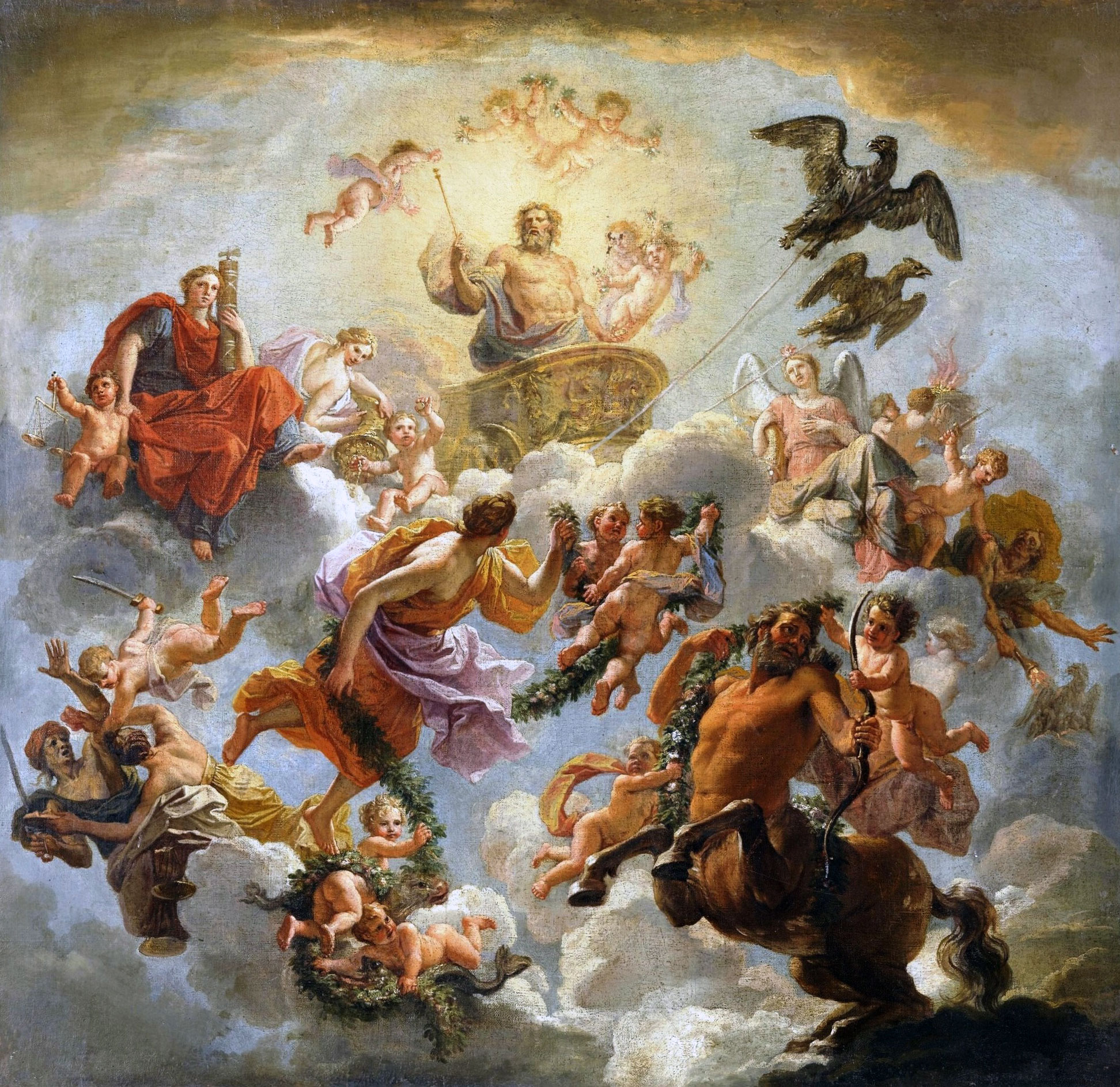 The mythological attitude to the world was expressed not only in narratives, but also in actions (rituals, dances, etc.). Myth and ritual in archaic cultures formed a certain integrity (ideological, functional, structural), representing as it were two aspects of primitive culture – verbal and effective, "theoretical" and "practical". Even at the early stages of development, mythology is combined with religious and mystical rituals and becomes an essential part of religious beliefs. Being an undifferentiated, synthetic unity, mythology included the beginnings not only of religion, but also of philosophy, political theories, and various forms of art, which complicates the task of separating mythology and forms of verbal creativity close to it in genre and time: fairy tales, heroic epics, legends, historical legends. The mythological basis can also be traced in the later, "classical" epic. Literature is connected with mythology through a fairy tale and a heroic epic.

Some features of mythological thinking are preserved in the mass consciousness along with elements of philosophical and scientific knowledge, strict scientific logic. Under certain conditions, mass consciousness can serve as a ground for the spread of a "social" ("political") myth. Thus, German Nazism revived and used the ancient Germanic pagan mythology and at the same time created a variety of myths – racial, etc. In general, however, mythology as a stage of public consciousness has historically outlived itself.

The study of mythology.

Attempts at a rational approach to mythology were made in Antiquity, and the allegorical interpretation of myths prevailed (among sophists, Stoics, Pythagoreans). Plato contrasted mythology in the popular understanding with its philosophical and symbolic interpretation. Euhemerus (4th-3rd centuries BC) saw in mythical images the deification of real historical figures, marking the beginning of the "euhemeric" interpretation of myths, which was widespread later. Medieval Christian theologians discredited ancient mythology; The Renaissance humanists revived their interest in it, who saw in myths the expression of feelings and passions of a liberating and self-aware personality.

The emergence of comparative mythology was associated with the discovery of America and acquaintance with the culture of American Indians (J.F. Lafito). In Vico's philosophy, which potentially contained almost all subsequent directions in the study of mythology, the peculiarity of the "divine poetry" of myth is associated with special forms of thinking (comparable to the psychology of a child), which are characterized by concreteness, physicality, emotionality, anthropomorphization of the world and its constituent elements. Figures of the French Enlightenment (B. Fontenelle, Voltaire, Diderot, Montesquieu, etc.) considered mythology as a superstition, a product of ignorance and deception. The transitional stage from the enlightenment view to the romantic one was formed by the concept of Herder, who interpreted mythology as the poetic wealth and wisdom of the people. The romantic tradition, completed by Schelling, interpreted mythology as an aesthetic phenomenon occupying an intermediate position between nature and art. The main meaning of the romantic philosophy of myth was to replace the allegorical interpretation with a symbolic one.

In the 2nd half of the 19th century, two main schools of the study of mythology opposed each other. The first of them was based on the achievements of comparative historical linguistics and developed the linguistic concept of myth (A.Kuhn, V.Schwartz, V.Manhardt, M.Muller, F.I.Buslaev, A.N.Afanasyev, A.A.Potebnya, etc.). According to Muller's views, primitive man designated abstract concepts through concrete signs by means of metaphorical epithets, and when the original meaning of the latter was forgotten or obscured, due to semantic shifts, a myth arose (interpretation myth as a "disease of the language"). Subsequently, this concept was recognized as untenable, but the experience of using language to reconstruct the myth itself was very productive. The second school – anthropological, or evolutionist - was formed in Great Britain as a result of the first scientific steps of comparative ethnography. Mythology was elevated to animism, i.e., to the idea of the soul that arises in the "savage" from reflections on death, dreams, diseases, and was identified with a kind of primitive science; with the development of culture, mythology becomes nothing more than a relic, losing its independent meaning. A serious rethinking of this theory was proposed by J. Fraser, who interpreted the myth not as a conscious attempt to explain the surrounding world, but as a cast of a magical ritual. Fraser's ritualistic concept was developed by the Cambridge School of Classical Philology (D.Harrison, F.Cornford, A.Cook, G. Murray ), and in the 1930s and 40s the ritualistic school took a dominant position (S. Hook, T. Tester, E. James, etc.), but its extremes provoked fair criticism (K.Klakhon, W.Bascom, V. Greenway, J.Fontenrose, C.Levi-Strauss ). The English ethnographer B. Malinovsky laid the foundation of the functional school in ethnology, attributing to the myth, first of all, the practical functions of maintaining tradition and continuity of tribal culture. Representatives of the French sociological school (E.Durkheim, L. Levy-Bruhl ) paid attention to the modeling of the peculiarities of the generic organization in mythology. Subsequently, the study of mythology shifted to the field of the specifics of mythological thinking. Levi-Bruhl considered primitive thinking to be "pre-logical", i.e. thinking in which collective ideas serve as an object of faith and are imperative. He referred to the "mechanisms" of mythological thinking as non-compliance with the logical law of the excluded third (objects can be both themselves and something else at the same time), the law of participation (mystical participation of a totemic group and an object, phenomenon), the heterogeneity of space, the qualitative nature of ideas about time, etc. 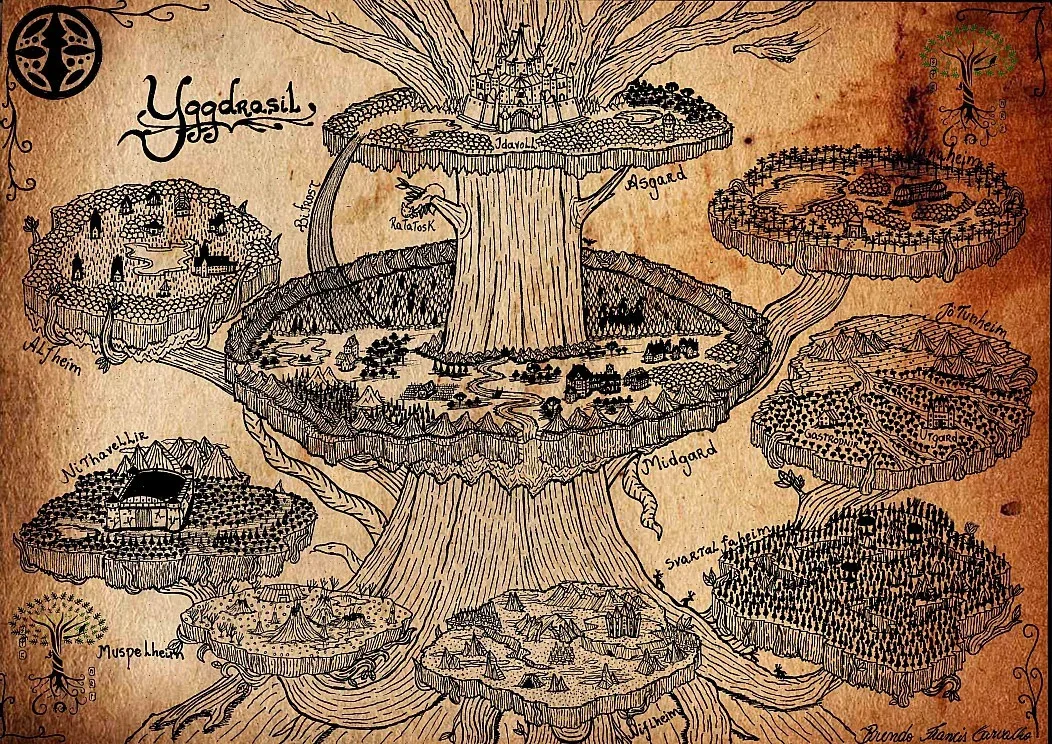 The symbolic theory of myth, developed by E. Cassirer, deepened the understanding of the intellectual uniqueness of myth as an autonomous symbolic form of culture that models the world in a special way. W. Wundt's works emphasized the role of affective states and dreams in the genesis of myth. This line of interpretation is continued by S. Freud and his followers, who saw in the myth the expression of unconscious mental complexes. According to C.G.Jung's point of view, various manifestations of human fantasy (myth, poetry, dreams) they are associated with collective-subconscious myth-like symbols - the so-called archetypes. These primary images of collective fantasy act as "categories" that organize external representations. Jung also had a tendency to excessively psychologize the myth and expand its understanding to the product of imagination in general. The structuralist theory of the myth of Levi-Strauss, without denying the concreteness and metaphoricity of mythological thinking, asserted at the same time its ability to generalize, classify and logical analysis; to clarify these procedures, the structural method was used. Levi-Strauss saw the myth as a logical tool for resolving fundamental contradictions through mediation - replacing the fundamental opposite with milder opposites.

In Russian science, the study of mythology went mainly along two channels: the work of ethnographers and the research of philologists - mainly "classics", as well as semiotic linguists who turned to mythology when developing problems of semantics. The main object of ethnographers' research (works by V.G.Bogoraz, L.Ya.Steinberg, A.M.Zolotarev, S.A.Tokarev, A.F.Anisimov, B.I.Sharevskaya, etc.) is the correlation of mythology and religion, as well as the reflection in religious myths of industrial practice and social organization. A.F.Losev noted the coincidence in the myth of a common idea and a sensual image, the inseparability of the ideal and the material. In the 1920s and 30s, the works of I.M. Tronsky, L.N. Tolstoy, and others developed the problems of ancient mythology in relation to folklore. M.M.Bakhtin showed that folk carnival (ancient and medieval) culture served as an intermediate link between ritual primitive culture and fiction. The core of the research of linguists-structuralists V.V.Ivanov and V.I.Toporov are the experiments of reconstruction of ancient Balto-Slavic and Indo-European mythological semantics by means of modern semiotics. Methods of semiotics are used in the works of E.M.Meletinsky on the general theory of myth.

The Blood of Olympus

Norse Mythology Stories: The Essential - From Creation to Ragnarok - See U in History