MetaQuotes Software is a Russian software company specializing in the development of software for foreign exchange trading.

All edits by  Dawson Sewell 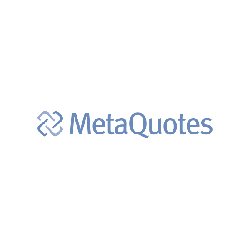 MetaQuotes Software is a Russian software company specializing in the development of software for foreign exchange trading.

MetaQuotes Software is a Russian software company specializing in the development of software for foreign exchange trading. MetaQuotes main product is the MetaTrader family of online trading platforms: MetaTrader 4 (MT4) and MetaTrader 5 (MT5).The company is registered in the offshore zone of Cyprus from where it provides sales, marketing and technical support.

MetaQuotes Software Corporation was established in 2000 in Russia with the launch of FX Charts, an online charting package used for margin FX trading. It became popular with traders as it could be run on a Windows PC and did not require dedicated and expensive equipment. This was followed by a number of different versions, starting in 2001 when the trading was added and the product renamed as MetaQuotes. Version 3 was released in 2002.

On July 1, 2005, it released MetaTrader 4 or MT4. This was a major overhaul of the platform. This version allowed the client trading platform to connect via an optional 'Data Center', which increased the server side stability, reduced server load and made it more resilient to security threats such as Denial-of-service attacks. The client software was also upgraded with a new version of the C-like language for trading strategies programming called MetaQuotes Language 4 (MQL 4). Later that year MetaQuotes also released its first version of the trading platform for mobile devices. This version of the software became popular with a large number of users and became the main product of MetaQuotes Software for the next 10 years.

In 2005 development of the TeamWox, a CRM system started for the company internal use. In 2009, the first public commercial version of TeamWox was released and went on to win various industry awards. On June 1, 2010 MetaQuotes Software officially released MetaTrader 5 or MT5 the next version of its trading platform. It expanded the number of products that could be traded from just Forex to include stocks and commodities. MT5 also includes a new version of the programming language called MQL5. The new MT5 client trading terminal differs in a number of ways from MT4 and was not backward compatible. Uptake of the new version was slow and by April, 2011 MetaTrader had only 50 companies featuring the new version with over 400 companies remaining on MT4 mainly due to the lack of backward compatibility.