Who is Meryl Streep?

An iconic figure in the Hollywood film industry, Meryl Streep requires no introduction of sorts. The most classic example of beauty with talent, Streep is by far the most prolific and greatest living film actress. Ever since her debut in the 1970s, she has been ruling the stage and big screen alike with her tremendous performance and top-class acting capability. Her ability to bring to life the characters and the panache with which she deals with each of them is commendable. Streep’s outstanding ability is profoundly visible from the fact that she has 21 nominations at Academy Awards (winning three) and 33 nominations at Golden Globe Awards (winning eight), which is the highest ever recorded nominations by an actor in the history of both the awards. Over her more than four decades long career, Meryl Streep has played a wide variety of roles, which has earned her the title of a ‘chameleon’, much unlike other actors who have preferred a singular identity in their films. What is interesting to note is that Streep has managed to play each of the roles convincingly and with perfection; her meticulous and painstaking preparation, zealous nature and attention to minute detailing aiding in the effort! More than fifty films old and still going strong, Streep has garnered commercial and critical success all through her career. 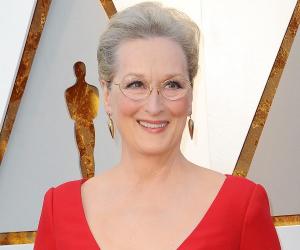 Years of playing the second fiddle with perfection laid way for lead roles for Meryl Streep, who took yet another jump in her professional career graph with the movie ‘The French Lieutenant's Woman’, wherein she was cast opposite Jeremy Irons. Her performance was immensely applauded and so was her versatility and the willingness to move out of the comfort zone.

Streep’s next venture was a psychological thriller, ‘Still of the Night’ in 1982. The movie was widely appreciated by both public and critics’. Same year, she featured in the movie ‘Sophie's Choice’. Her excellence at acting and mastery of a Polish accent was visibly apparent and drew much praise and applause. Streep even garnered a long list of awards for her role in the movie.

Streep repeated the success story with the biographical film, ‘Silkwood’ released in 1983. This was her first of the many more real-life characters that Streep has portrayed over the years.

Towards the end of the decade, Streep played different roles for various movies including, ‘Falling in Love’, ‘Plenty’, ‘Out of Africa’, ‘Heartburn’ and ‘Ironweed’. However, the most interesting was her biographical role of Lindy Chamberlain for the movie, ‘A Cry in the Dark’. The film received rave reviews and attained both box office and critical success.

Meryl Streep was born in Summit.

Meryl Streep: A Life In Pictures

Who is Meryl Streep? Everything You Need to Know