Medal "Veteran of Labor" - a state award of the USSR.

The medal "Veteran of Labour" was awarded to workers for long-term conscientious work in the national economy, in the field of science, culture, public education, health care, in government institutions and public organizations, as well as workers, collective farmers and employees in recognition of their labor merits upon reaching seniority necessary for the appointment of a pension for years of service or old age. It was also awarded to those who, being a minor, worked in factories during the Great Patriotic War.

The medal is worn on the left side of the chest and is located after the medal "For Valiant Labor in the Great Patriotic War of 1941-1945". 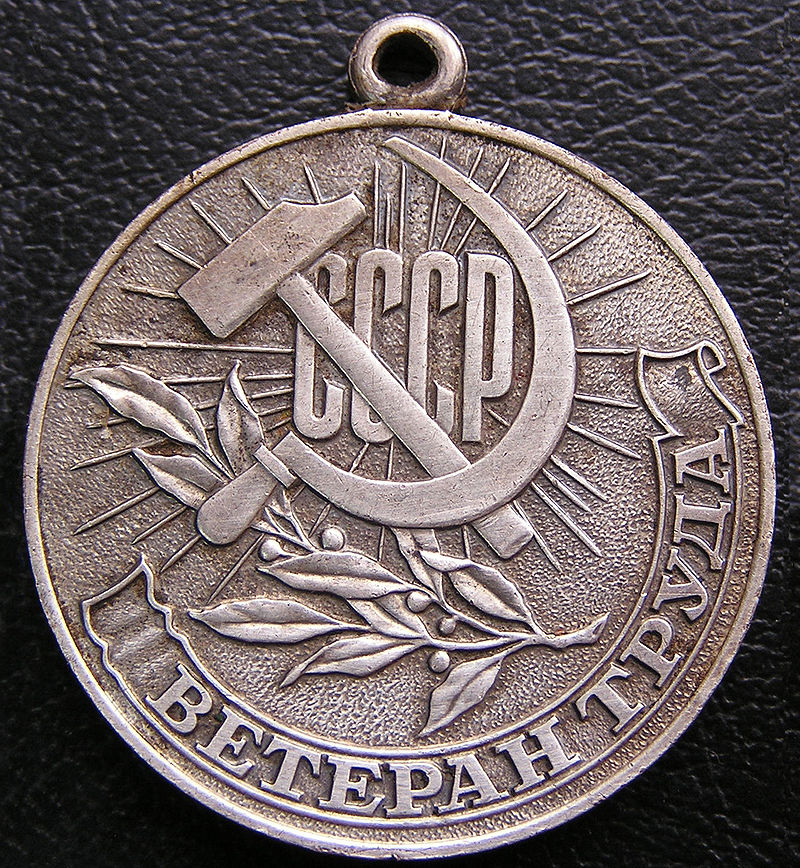 Obverse of the medal 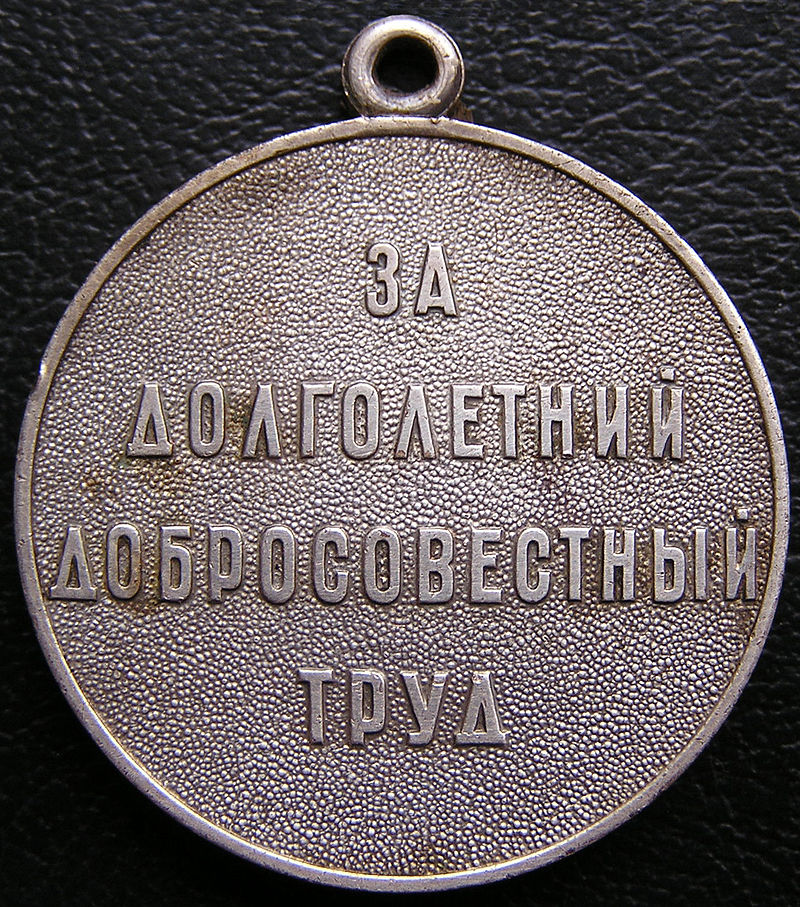 Reverse of the medal 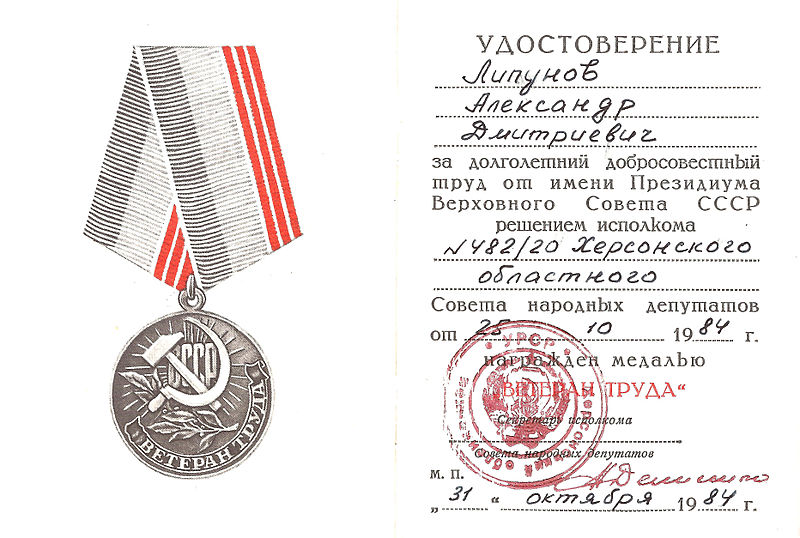 Certificate for the medal

Soviet medal to labor veterans of the USSR.