Celebrating the Mawlid of the Prophet ﷺ is Bid’ah (innovation in religion) which is prohibited according to the soundest opinion of scholars. This is because the Prophet ﷺ , the rightly guided Caliphs, the Companions (may Allah be pleased with them), scholars and rulers in the first three generations did not do this. This was innovated after that by Shiites and those who followed them. Therefore, it is not permissible to do this or to imitate those who celebrate it.

Taqy Al-Din Ahmad ibn Taymiyyah (may Allah be merciful to him) condemned doing so and was of the view that doing so is a Bid’ah. However, he mentioned in his book Iqtida al-Sirat al-Mustaqim Mukhalafat Ashab al-Jahim the one who does this ignorantly.

No one should be deceived by those who do that or call for it as Muhammad ‘Alawy Maliki and others. This is because men’s saying and deeds can not be cited as evidence, but the evidence is what Allah (Glorified be He) says, what was said by His Prophet ﷺ or what is consensually agreed upon by the Salaf (righteous predecessors). Allah (Glorified and Exalted be He) says: “O you who believe! Obey Allâh and obey the Messenger (Muhammad ﷺ , and those of you (Muslims) who are in authority. (And) if you differ in anything amongst yourselves, refer it to Allâh and His Messenger ﷺ , if you believe in Allâh and in the Last Day. That is better and more suitable for final determination.” [Al-Nisa: 59] 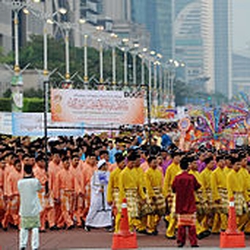 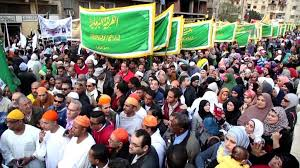 Celebrating the birth of the Prophet innovation in religion) is Bid‘ah (innovation in religion). It is authentically reported that the Messenger of Allah (peace be upon him) said, “Whoever introduces anything into this matter of ours (Islam) that is not part of it, will have it rejected.” Al-Bukhari, Sahih, Book on reconciliation, no. 2697; Muslim, Sahih, Book on judicial decisions, no. 1718; Abu Dawud, Sunan, Book on Al-Sunnah, no. 4606; Ibn Majah, Sunan, Introduction, no. 14; and Ahmad, Musnad, vol. 6, p. 240.

According to another narration, he (peace be upon him) said, “Whoever does an action which is not in accordance with this matter of ours (Islam), will have it rejected.” Muslim, Sahih, Book on judicial decisions, no. 1718; and Ahmad ibn Hanbal, Musnad, vol. 6, p. 180.

The Messenger ﷺ did not celebrate his birthday, nor did he order others to do so, nor did he see one celebrating it and remained silent about it. Also, the Rightly-Guided Caliphs and the Salaf (righteous predecessors) during the first and best three centuries of Islam never celebrated Mawlid; it was invented and introduced after their time.

It is worth mentioning that Shaykh Abdul-‘Aziz ibn Abdullah ibn Baz wrote a detailed answer on this subject.