Who was Mac Miller?

Malcolm James McCormick, known by his stage name Mac Miller, was a famous American singer, rapper and record producer. He got interested in hip-hop while still in his school and learned a number of musical instruments on his own. In the year 2010, Mac Miller entered into a recording deal with the independent recording label ‘Rostrum Records’. His first album ‘Blue Slide Park’ debuted to number one position on the Billboard 200 chart which made him a national celebrity overnight. In 2013, he launched his own record label ‘REMember Music’ and entered into a distribution agreement with Warner Bros. Records for US$ 10 million. All his subsequent albums were commercial successes and Mac Miller is poised to emerge as one of the biggest American singing stars in the near future. Apart from rapping, Mac Miller also produced records under the name ‘Larry Fisherman’. 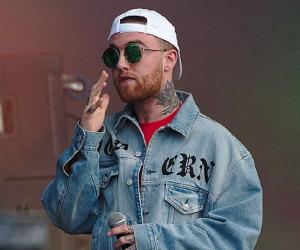 While he was still in school he released a mixtape called ‘But My Mackin’ Ain’t Easy’. At that time he was called EZ Mac and was just 14. He was part of a rap group called ‘The Ill Spoken’ along with another famous rapper from Pittsburgh, Beedie.

As part of the rap group, Mac Miller released a mixtape called ‘How High’ in 2008. ‘How High’ was a success and he released two individual mixtapes called ‘The Jukebox: Prelude to Class Clown’ and ‘The High Life’.

In 2009, Mac Miller participated in the MC competition at Shadow Lounge and featured among the final four in Rhyme Callisthenics.

When he was just seventeen, Mac Miller signed on to ‘Rostrum Records’ label in the year 2010. He was getting invitations from some of the best music labels in the country who were impressed by his talent. But he gave preference to Rostrum Records, which was based in his hometown. This gave a big boost to his career and gave him a steady income.

A new mixtape called ‘K.I.D.S’ was released under the Rostrum Records banner in the year 2010. It was inspired by the film ‘Kids’.

A significant breakthrough in the career of Mac Miller came in late 2010, when he embarked on his first tour called ‘The Incredibly Dope Tour’. The tour was a massive success and sold out at all the locations.

In 2010, Mac’s first single called ‘Knock Knock’s video premiered on YouTube and went viral and gave nationwide recognition to him.

In July 2011, Miller announced his first album ‘Blue Slide Park’ on his YouTube Channel. The album was released in November 2011 after a slight delay. It was ranked No. 1 on Billboard 200 and sold 144,000 copies within the first week of its release.

In 2011, he made his first TV appearance on the famous VH1 show ‘Single Ladies’. He later acted in shows like ‘Jams Fab Five’ show on MTV.

His second album ‘Watching Movies with the Sound Off’ was released in June 2013.

In 2013, he started his own record label ‘REMember Music’. It was named after one his friends who had died.

After a long association, Mac Miller severed all his ties with the ‘Rostrum Records’ label in 2014. In the same year, he signed a recording contract and distribution deal for his personal recording label ‘REMember Music’ with Warner Bros. Records for a sum of US$ 10 million.

In September 2015, he released his third album called ‘GO:OD AM’.

In July 2016, he announced his fourth album called ‘The Divine Feminine’. The album was released in September 2016 and was well released by his fans.

On November 7, 2018, the Los Angeles County Coroner's Office announced that Miller died of an accidental drug overdose due to "mixed drug toxicity" of fentanyl, alcohol, and cocaine.

Mac Miller was born in Pittsburgh.

Who was Mac Miller? Everything You Need to Know